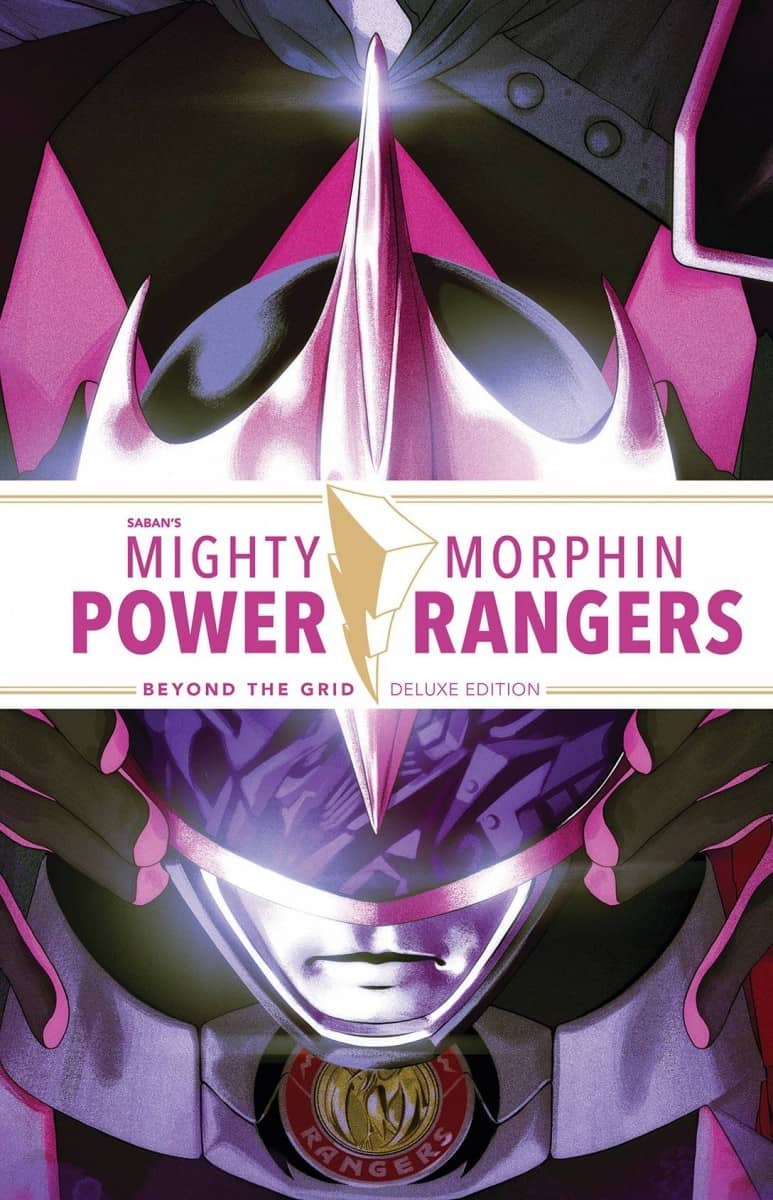 After the conclusion to the Power Rangers: Shattered Grid event, the Solar Rangers bring together an all-new, all-star team of Power Rangers, pulled together from across time and space. Collecting issues #30-39 of Mighty Morphin Power Rangers, Beyond The Grid deals with what happened to the Promethea after it was engulfed within the same white light that turned Lord Drakkon into a God during Shattered Grid.

Beyond The Grid starts with a heavily damaged Promethea hurtling through unknown space. Grace Sterling narrates this opening and give us some brief details on the Promethea’s current situation. Due to being set literally moments after Shattered Grid, the captured Rangers can’t morph, with this leaving their rescuers the only Rangers able to do so. What follows is a quick montage of life on board the Promethea as both the powered and de-powered Rangers learn to coexist.

Forty days pass and the Promethea discovers a distress signal. Whilst Karone (Lost Galaxy Pink Ranger) opposes investigating the signal due to the Rangers not being able to look after themselves in their de-powered state, she’s overruled by both Tanya (Zeo Yellow Ranger) and Mike (Lost Galaxy Magna Defender) who claim that no one else should die. Karone decides to stay on board the Promethea as the Rangers assemble a team to investigate the distress signal. The rescue party: Tanya, Mike, Heckyl (Dark Ranger), Cam (Ninja Storm Green), Andros (Space Red), and The Ranger Slayer (Drakkonverse Pink Ranger) head over to the derelict ship completely unaware that another ship is heading towards the Promethea. The mysterious second ship is piloted by an unknown Solar Ranger who drains the Morphing Energy from the Promethea.

The Rangers do really find themselves in a hole throughout Beyond the Grid. Unlike the enemy faced in the Shattered Grid storyline, the Rangers face a relative unknown. What the Rangers are really facing is a storm of factors that are out of their control. Its interesting to see some of the more composed members of the team deal with these extraordinary circumstances.

The shining star throughout Beyond the Grid is none other than Grace Sterling. Sterling made an instant impact during the Power Rangers of 1969 story, and its great to see her strong narrative play throughout Beyond the Grid. Another star is the Ranger Slayer – Kimberly Hart. Kim being a direct link to Drakkon naturally puts her as an outsider compared to the rest of the team. The team dynamic starts off a little frosty but come the issues end its as if these mixed-matched Rangers have been a team for a long time. 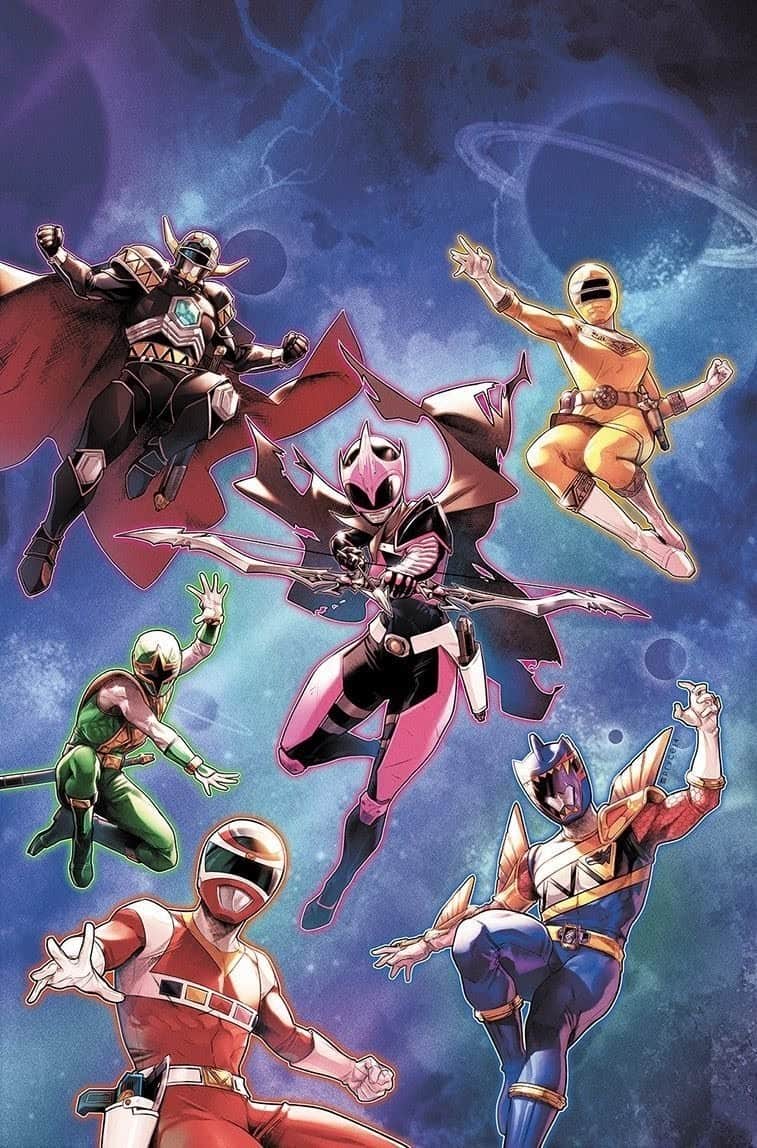 Writer Marguerite Bennett does a great job in taking an eclectic group of Rangers far out of their comfort range. Whilst various Rangers have had dealings without their powers in the past, Bennett does it on a much grander scale, with a fair amount of tension thrown in for good measure.

The art team of Simone Di Meo, Alessandro Cappuccio, Walter Baiamonte, and Francesco Segala all work wonders in giving the Rangers their unique style and flavor. There is a wonderful use of heavy shadows and more stylised illustrations and colouring. This comes together to really capture the sullen mood of the story. The art gets even more impressive once the Rangers morph. The pages become alive with colours as the Rangers do their thing, with various blues, oranges, purples and pinks that contrast with the world around them.

Whilst Beyond The Grid has a slow build up, there is a lot to like. The slow start helps build character to the ‘new team’ and the shift in dynamics is fun to see play out. Things start to pick up pace during the second chapter and everything comes to a grand crescendo by the novels end. Questions get asked and answered throughout and we’re never left scratching our heads for long.

Beyond The Grid treads a different line to what was shown in Shattered Grid. Whilst the action is traded from saving the world to trying to survive its no less epic in scope. Seeing these vastly different personalities come together in these extreme circumstances opens up for a wider range of story telling with new opportunities for character growth and change.

Beyond the Grid is a grand start for a new era of Power Rangers and its one that shouldn’t be missed.