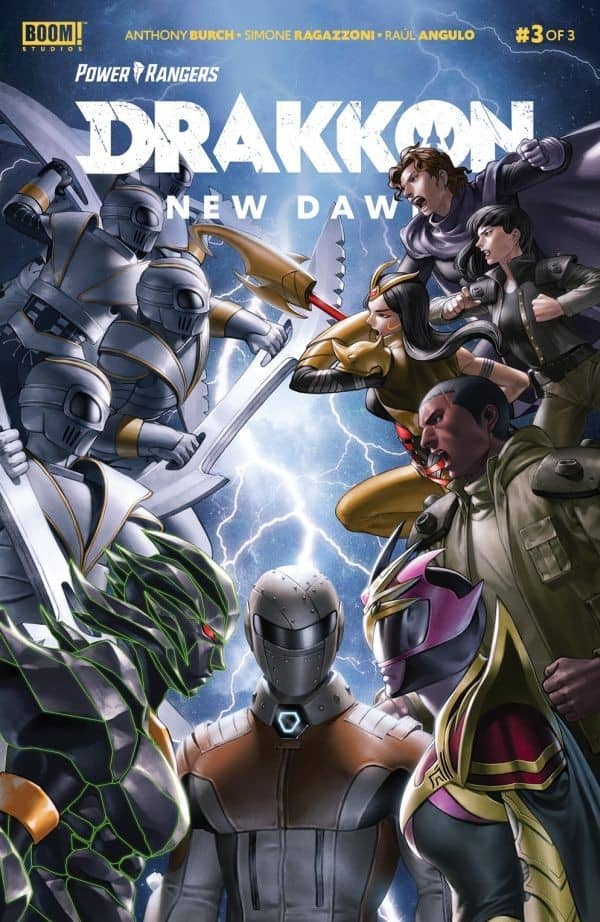 With Jason the former Red Ranger revealed to be Lord Drakkon’s armoured prisoner in the last issue, relationships have been strained for former Ranger Slayer Kimberly Hart. With Jason having his own ideas on what it means to be a Power Ranger and the evil Eclipta still wrecking havok, the Rangers don’t have log to reconcile their differences.

Writer Antony Birch concludes this three part mini-series by focusing on character development rather than extravagant action sequences. With the fate of the world in the balance the arguments that these all familiar faces make is griping stuff. Each one knows that they can’t stop Eclipta on their own but with each having vastly different ideas the Rangers are as fractured as ever.

Jason is the outsider in this strange world. Whilst his heart is ultimately in the right place, this world is vastly different from the one he used to know. Over the course of Drakkon’s dark reign everyone has had a price to pay and most have lost a piece of themselves in the process. While Jason has the will alone to get the Power Rangers back together the Ranger power in this universe is shared and by taking it for himself, he’s no better than Drakkon. 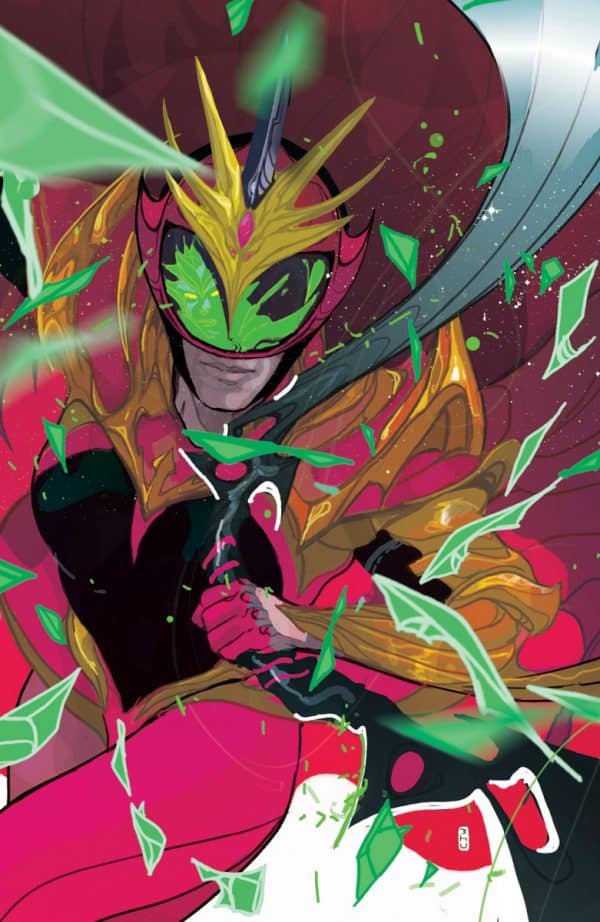 Birch builds to this reveal in brilliant fashion as it dawns on Jason what path he’s tumbling down. This point is driven home in some gorgeous art by Simone Ragazzoni. We get some beautiful shots of the different experiences that both Kimberly and Jason had under Lord Drakkon and its the way they both handle it is how they move forward. It’s all quite powerful stuff considering.

We do get that signature Power Rangers fight scene to close out the issue. It’s your typical mile a minute stuff that the franchise is famous for and neither the Rangers or Eclipta stop for air. Colourist Raul Angulo does an awesome job in displaying the vibrant nature of the Rangers in tackling such a destructive villain. You get the sense that it really is an all or nothing fight with everything on the line.

Power Rangers: Drakkon New Dawn #3 closes the door on this alternate universe, but it leaves room for more stories to be told. With solid character work, action and overall calibre I hope Birch tackles another Power Rangers story in the future.