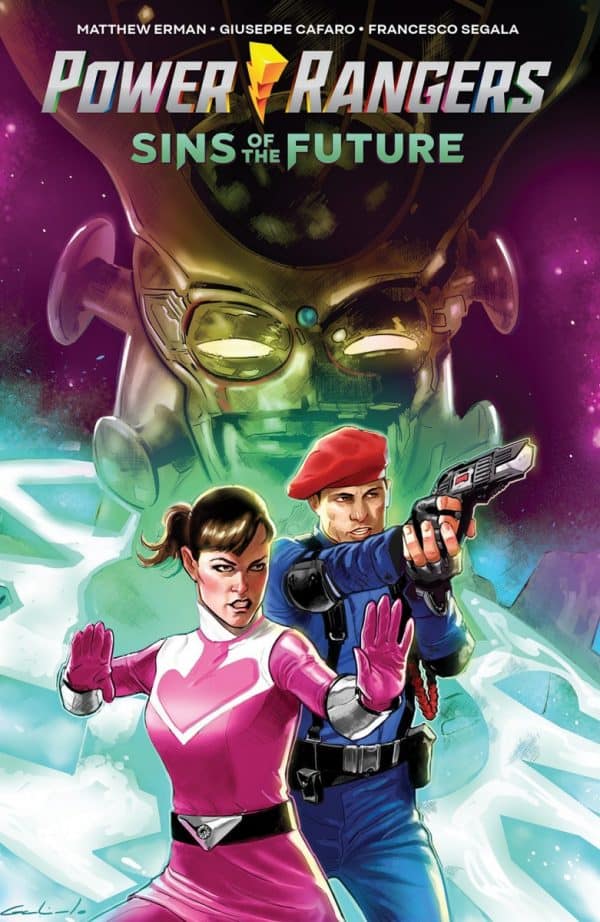 Power Rangers: Sins of The Future is the latest in Boom! Studios# long line of Power Rangers graphic novels, written by Matthew Erman (with story by Trey Moore), illustrated by Giuseppe Cafaro and colours by Francesco Segala,

Sins of The Future focuses on Wes Collins and Jen Scotts. Set after the events in Power Rangers: Time Force Wes and Jen attempt to pursue the ultimate long-distance relationship. The arrival of a mysterious Time Force Black Ranger sets Jen on an adventure through time and space as she confronts various versions of her friends and foes.

Power Rangers: Time Force is a much different version to Boom! Studios’ bread and butter series; Mighty Morphin’ Power Rangers. Whilst MMPR paved the way for continuity within the Power Rangers Universe and deserves all its praise, Time Force took a more mature approach to its story telling which resonated with older fans. With this in mind, Erman and Moore perfectly translate these mature themes over to their graphic novel. 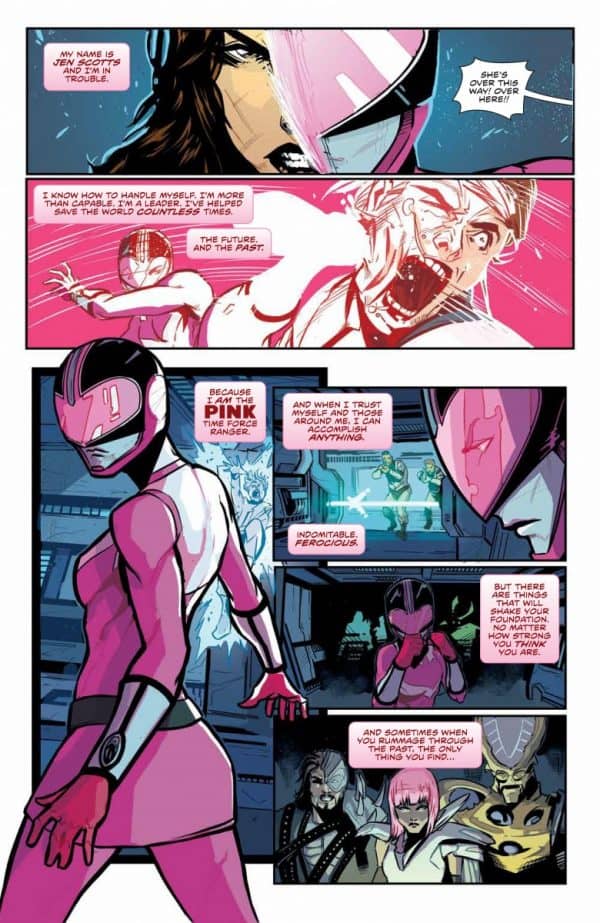 The main bulk of the novel is the love story between Jen and Wes. Long-distance relationships are tough at the best of times but Wes and Jen’s is a complicated one. Due to the time stream there is a literal gulf of time that separates the lovers with Jen in one time and Wes in the other. Jen’s commanding officer makes a great point early on in the book that their relationship is doomed due to the fact that Wes is long dead within their time-line. You could easily describe Power Rangers: Sins of The Future as a sci-fi Romeo and Juliet as the time-crossed lovers deal with Time and the Universe to be together.

Erman writes both Wes and Jen perfectly with both characters on par with their on-screen versions. Jen always strikes me as the Power Ranger version of Buffy The Vampire Slayer, in that she’s fiercely independent, doesn’t take grief from anyone and fights for the one she loves. Let’s also not forget that she also took on series big-bad Ransik without being in her Power Ranger form, and if that doesn’t make her a bad-ass then I don’t know what does. Wes also retains his affable yet brave personality which naturally propelled him up to the top of many Power Rangers fans’ Top Ten lists.

The standout character in Power Rangers: Sins of The Future is Time Force Black. The character has a literal explosive introduction and shares her fair of the limelight. Time Force Black also has a pretty impressive weapon which can turn from a sword to whip in seconds, and carries a cool Obsidian black aura about it. One particular scene has both Time Force Black and Jen at odds whilst travelling through the Time Stream. This is particularly brilliant as Cafaro’s art and Segala’s colours change to match the frantic rate in which Time is changing around the two Rangers.

Giuseppe Cafaro is no stranger to the Power Rangers mythos having previously illustrated Power Rangers: Soul of The Dragon. With Power Rangers: Sins of The Future Cafaro is able to bring his style to a new team of Rangers. Cafaro (along with Segala) gets to illustrate a few varied scenes throughout this tale. Somber scenes such as Wes and Jen’s impromptu Sushi date effortlessly flow from the page when coupled with Segala’s soft romantic tones. 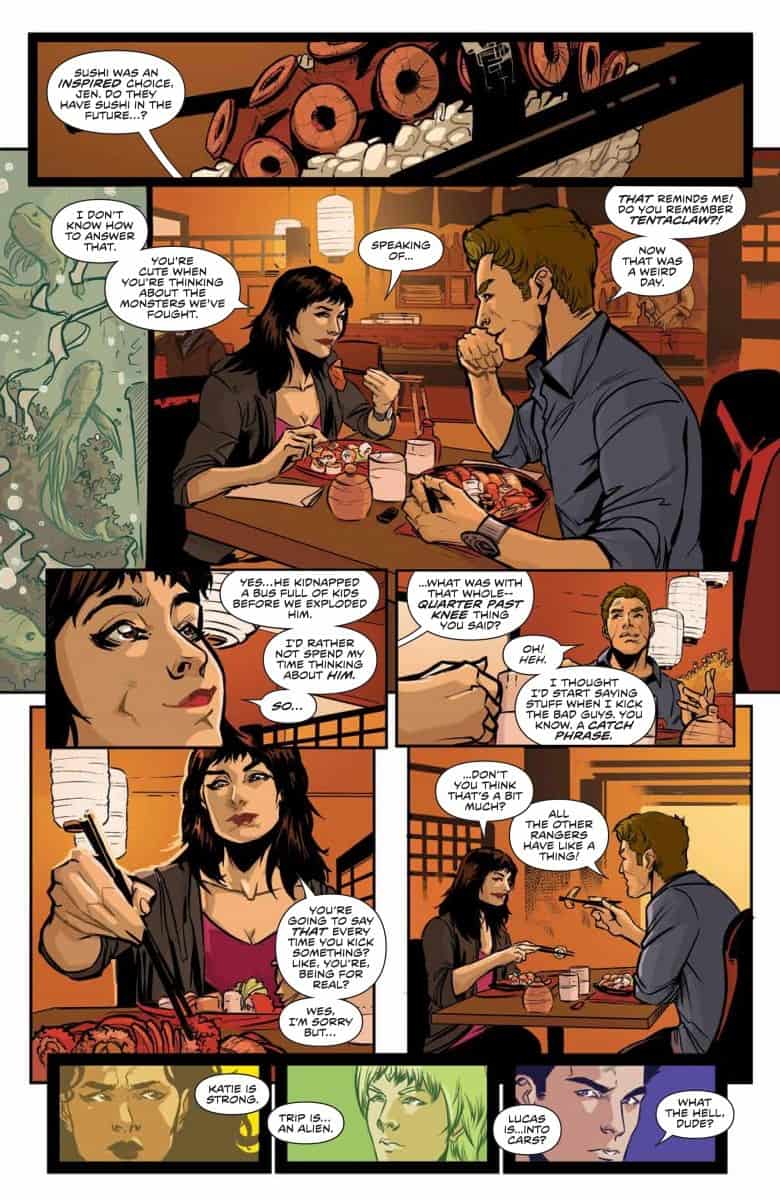