Rob Lake reviews Something is Killing the Children #12… 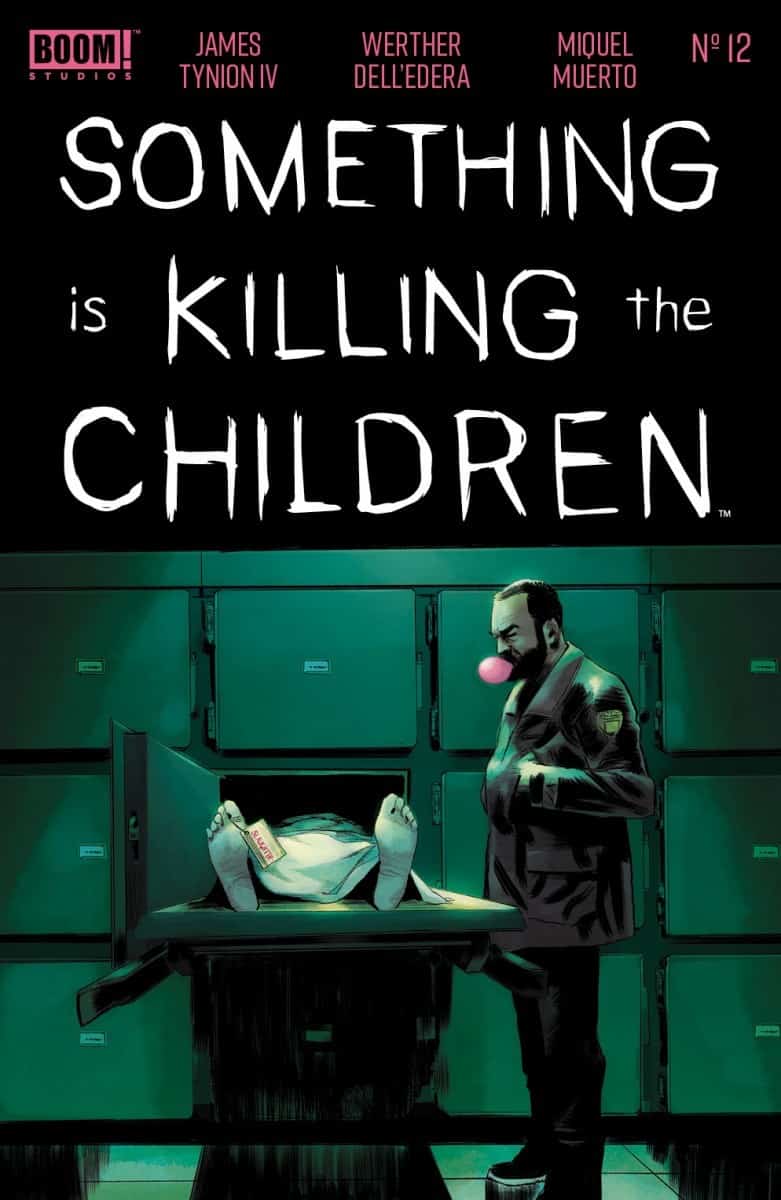 Things are reaching boiling level for both Erica Slaughter and the citizens of Archer’s Peak.

Erica is injured as herself and James escape the High School, and the pair go looking for the only other survivor the Monster’s attack, Bian. After tracking Bian to John’s house, Erica starts to piece the story together. Unfortunately the ominous Order of St John arrives in Archer’s Peak and sets out in their task to rid the town of the monster threat.

Back at John’s house, James starts to realise the part he’s played in the story and is beginning to sees that he’s more tied up in the events than merely surviving them.  As Erica comforts the scared boy, the Order of St John arrives at John’s house and in a bloody brutal style decides to tie up loose ends. 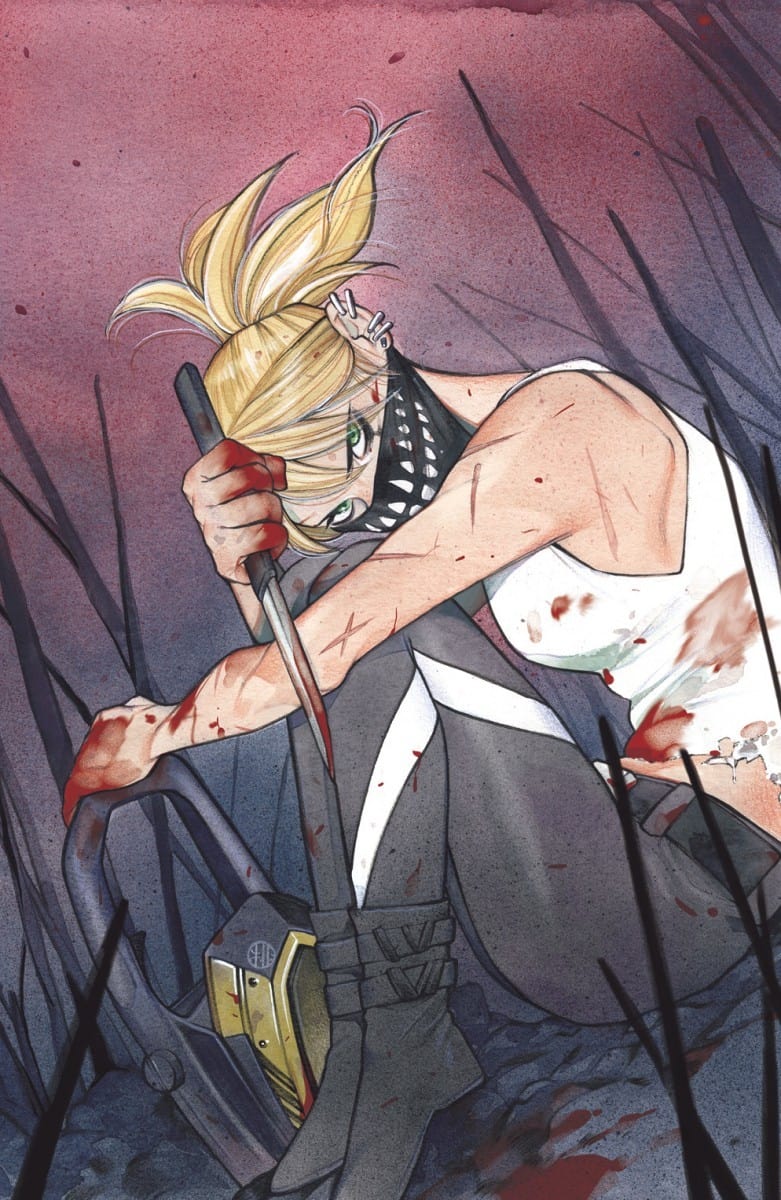 If things hadn’t looked bleak before, they certainly do now. With the monsters rampaging through the town and now the Order of St John on the scene, it’s hard to see this one having a happy ending. That’s the thing I’ve loved about Something is Killing the Children – it’s been consistently dark and full of despair right from the opening issue. James Tynion IV does an excellent job in pulling the reader into this world with his great story and brilliant character building. Tynion also uses issue #12 to tie up some loose ends whilst teasing bigger conflicts to come. The cliffhanger ending makes no doubt of the Order’s intended plans for Erica and her allies, and was a bloody treat that’s got me hooked for what comes next.

Werther Dell’edera also delivers some stunning imagery throughout this issue. The art taps into the tone of the story perfectly and builds the tension throughout while also giving the reader some great character moments. There is a great full page scene of Erica fighting one of the monsters that’s fully told with out any text. It’s just Dell’edera and the canvas telling the tale of Erica’s brutal and bloody fight.