To celebrate the DVD release of WWE: Clash of Champions 2020 we are giving away a DVD copy to one lucky winner. 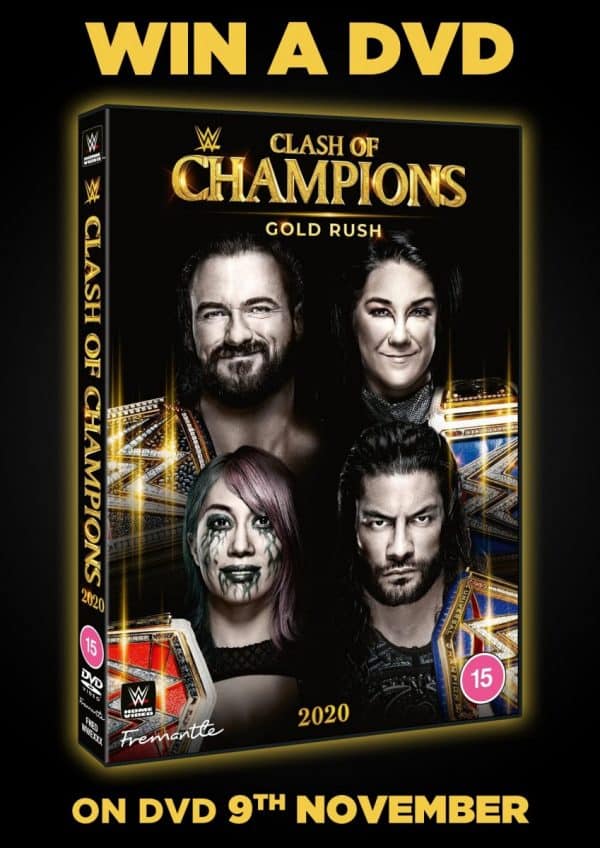 It’s the night when WWE puts all the focus on its most prestigious championships… Clash of Champions: Gold Rush! This year’s event sees an emotional collision as cousins Roman Reigns and Jey Uso collide over the Universal Championship! Plus, Drew McIntyre and Randy Orton battle for the WWE Championship in an Ambulance Match! And there’s a three-way Ladder Match to determine the undisputed Intercontinental Champion!

The competition closes at midnight on Sunday, November 22nd. UK readers only please. To enter, use one of the following methods…