To celebrate the DVD release of WWE: Ruthless Aggression Volume 1 we are giving away a DVD copy to one lucky winner. 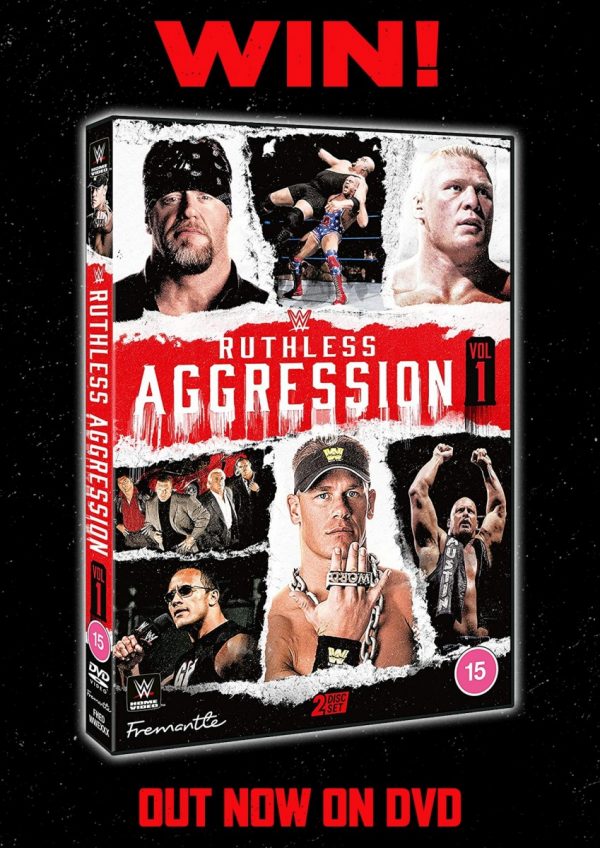 From the ashes of the Monday Night War, a new era is born – Ruthless Aggression. This 2-disc DVD set collects all five episodes of WWE’s documentary series on the history-making era that created John Cena, Batista, Brock Lesnar, Randy Orton, and many more. For the first time ever on DVD, hear the true stories from those who lived it, and witness the emergence of an entire new generation of Superstars, who would change WWE forever!

This first-of-its-kind documentary series goes behind-the-scenes to tell the story of WWE in the post-Attitude landscape. Ruthless Aggression was a time that changed sports-entertainment and created the next generation of Superstars – including some of the greatest of all time!

If you’re a fan of Superstars John Cena, Brock Lesnar, Batista or Randy Orton this is a must-own DVD collection, with episodes dedicated to the arrival of these Superstars and how they impacted WWE. You’ll also see Superstars who journeyed from Attitude to Ruthless Aggression, including Stone Cold Steve Austin, The Rock, Undertaker, Triple H, Edge, The Big Show and many more. Plus, the history of the Raw and SmackDown brand split – the beginning of a brand supremacy warfare that rages on to this day!

Extras include an “Evolution at WrestleMania” feature, trailers, and an episode of RAW from June 24, 2002. Don’t miss Ruthless Aggression!

The competition closes at midnight on Sunday, November 29th. UK readers only please. To enter, use one of the following methods…