Ricky Church on 1995’s GoldenEye, and how it revitalised the Bond franchise…

For a film franchise as long-lasting and famous as James Bond, it is hard to believe there has been a point during the secret agent’s near 60 year onscreen career that it ever seemed likely there would be no more films featuring 007, yet that is exactly the case after Timothy Dalton’s second and final Bond film License to Kill. With all of Ian Fleming’s Bond novels adapted, a pending lawsuit and the end of the Cold War, it seemed like James Bond’s days were finally numbered. 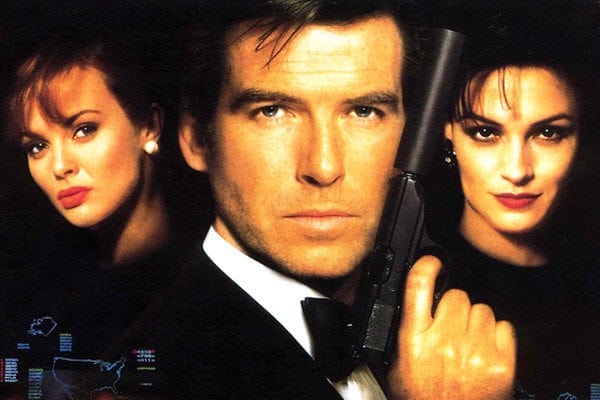 But then, much like the climax in one of his films where Bond escapes a death trap at the final moment, GoldenEye was released on this date 25 years ago in 1995. Starring Pierce Brosnan in his first outing as 007, GoldenEye revitalized a dying franchise and thrust Bond into the new age of espionage and big screen blockbusters. Even after so many years later, GoldenEye still remains one of the best entries in the Bond franchise.

Prior to GoldenEye, the last Bond film to grace the screen was License to Kill and between that time much had changed. Bond’s production studio MGM was being sold with a lawsuit between companies due to the sale and, more importantly, the Cold War ended as the Soviet Union collapsed and the Berlin Wall was torn down. While Bond fought the terrorist organization SPECTRE and villains bent on world domination, the tension with Russia was always in the background, particularly during the Roger Moore’s era where they were sometimes secondary antagonists (or even reluctant allies). License to Kill even foreshadowed the changing times as Bond didn’t go up against rogue Russian agents as he did in the previous film The Living Daylights, but a drug kingpin. With such a significant world power being reshaped, James Bond was out of a typical villain. 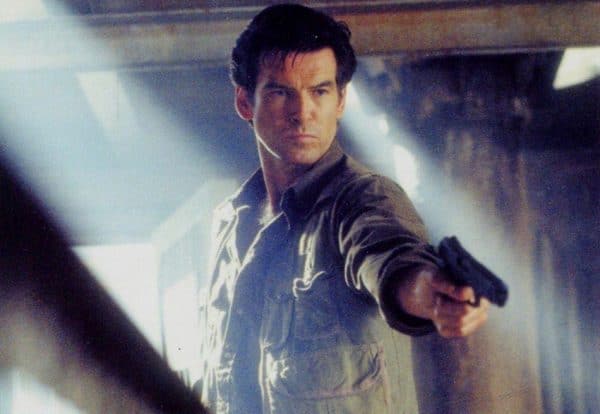 GoldenEye is very self-aware of this fact as M, now played by Judi Dench as a new character who has assumed the moniker, gives a little bit of a meta-commentary as she calls Bond a “relic of the Cold War”. His purpose seems to be outdated and of little use to the world and his government. It allows for his latest mission to be a more personal one for him as he hunts down another rogue Russian general and his former friend after they steal a highly dangerous weapon that could change the world. The film is hugely important for not only re-introducing Bond to audiences, but introducing him to a whole new generation of fans. For many, GoldenEye was the first big screen Bond adventure and redefined him for a new era.

Due to the length of time between films, Timothy Dalton’s contract to play Bond again expired, leaving the filmmakers to find a new replacement. Pierce Brosnan was actually in the running prior to Dalton’s casting and got the part nearly a decade later. Brosnan channels Sean Connery’s cold charisma and Moore’s playful wit, though definitely leans more towards Connery’s seriousness, but he also takes after Dalton’s performance by exploring more of Bond’s humanity after being betrayed so greatly by Trevelyan, who is one of the series’ best villains.

Alec Trevelyan, played by Sean Bean, was agent 006 and a good friend to Bond, possibly his best. They had similar backgrounds through the loss of their parents during childhood, but Trevelyan was a dark mirror image of Bond: fuelled by a decades-long hatred of the British and thirst for vengeance, Trevelyan sought to destroy them from within while running a criminal syndicate. Brosnan and Bean play well off each other and make a very memorable rivalry within the series, one that leads to a particularly brutal fistfight in a rather unique location at the time for the franchise.

What makes GoldenEye so good among the Bond canon is how well it blends the classic tropes of the older films while utilizing some newer ones. There are all the hallmark tropes you’d expect from Bond that include a villainous lair, beautiful women, crazy gadgets and exotic locations. Yet there is also a subdued feeling to the film as the villainous lair is rather practical than over the top, the gadgets seem pretty tame compared to others as they mostly highlight a grappling hook belt and an exploding pen. And as for the great-looking cars of the Bond films, there is only one car chase (complete with Bond’s classic Aston Martin) that actually has fairly low stakes. The story is even a bit of a slow burn as it takes its time in the first half to establish Brosnan’s Bond, the newer characters and stakes while developing a more introspective look at 007. 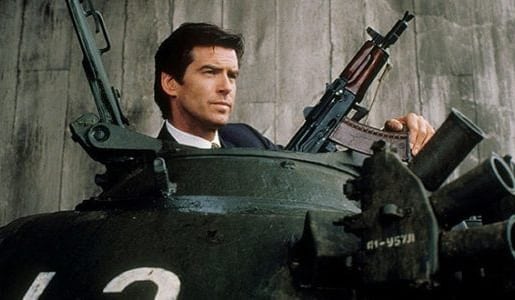 That’s not to say though the film is without some stunning action sequences. While GoldenEye does forego the typical car chase, it instead sees Bond drive through the streets of St. Petersburg in a tank wreaking all kinds of destruction. It also has one of the most visually stunning openings for a Bond film as Bond does not one, but two dives from a very high height – the first being his bungee jump off the damn and the next his free fall to catch a plane. Already mentioned was the fight between Bond and Trevelyan atop the satellite dish which leads to one of Bond’s coldest kills in the series.

It would be remiss not to mention one of the other aspects this film is known for: GoldenEye 007 64, a video game for Nintendo’s N64 console. Though it came out two years later, the game brought renewed attention to the film and revolutionized video games, specifically the first-person shooter genre for the way it emphasized multiplayer gameplay and battles between friends. The game not only introduced newer fans to James Bond, but to the wider franchise as players were able to play older characters like Oddjob, Jaws, May Day or Moonraker soldiers or the inclusion of classic weapons like the Golden Gun which could kill in one shot. 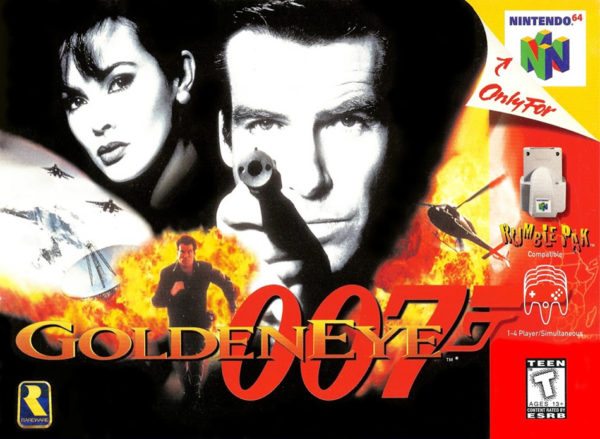 GoldenEye is without a doubt one of the best James Bond films and the franchise’s saving grace. By re-evaluating Bond’s uniqueness the film revitalized the character and created a whole new generation of fans. Its lasting impact should not be diminished and can arguably still be felt even 25 years later. So today celebrate with a shaken martini and pop in the Blu-ray to enjoy once more.