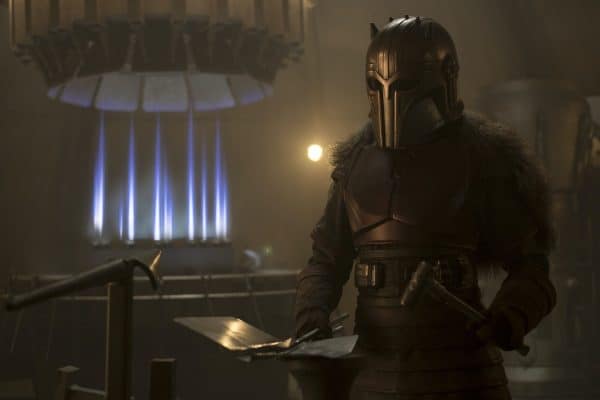 While Din Djarin and Baby Yoda take much of the spotlight in Disney+’s The Mandalroain, the Star Wars TV show is also populated with a big cast of other colourful characters.

One of the most intriguing is certainly Din’s Mandalorian friend and colleague known as the Armorer. She played a key role in events of season one, capped off with a brutal fight scene in episode eight.

Lauren Mary Kim is the stunt double for the character and she has been telling Corridor Crew just what went into making this epic scene happen:

“That was probably one of the most strenuous fights I’ve ever had to do… [because of the armor] and the helmet, and it’s a ‘oner.’ We never did it as pieces, we did the whole fight from top to bottom. I think we did like 400, 500 oners, because we shot so many different angles… I died, I died. … Usually, the stunt coordinator shoots a ‘previs’ [pre-visual], they have an idea of how it should be edited so they shoot towards the edit. With The Mandalorian, they like to get a lot of different angles, so they can really choose and see which one is the best for each moment. They’re very particular with what their look is, so that’s why they shoot so many different angles.”

The fight was certainly an awesome one but hopefully, there will plenty more to follow it up during the rest of season two. The new season has been pretty great so far and episode three airs this Friday on Disney+. 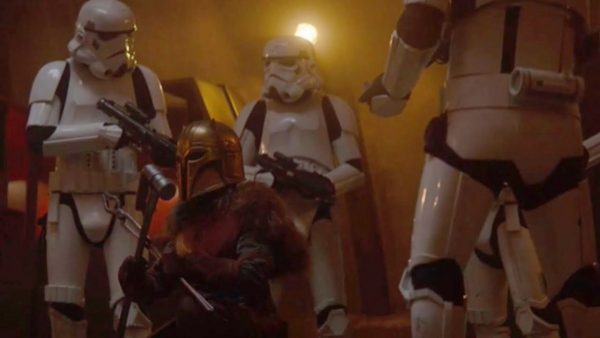