Ryan Watson, the stunt coordinator for The Mandalorian, has talked about the trickiest part of filming and revealed some behind the scenes details about the show’s major fights. 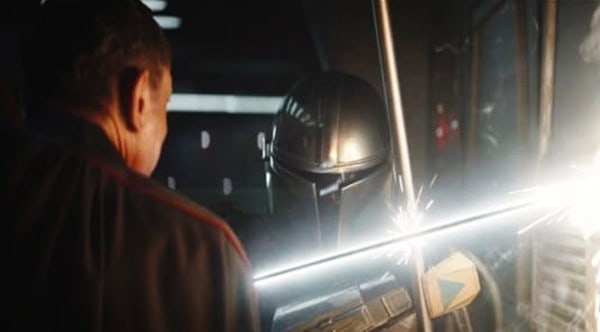 The Mandalorian has a great story, fun characters, fab music but it also has some wonderful fight scenes, whether that be with blasters, lightsabers, or darksabers. Ryan Watson, who is the show’s stunt coordinator, spoke to THR and told them the trickiest part of filming was getting the performances to come through despite the choreography and costumes:

“You can train the moves and have them down perfectly, but if you don’t have that acting backing behind it and the intensity that you would have in a fight — that’s probably the most tricky thing. You have the costume on and all these different cameras in there … It’s a very, very tough thing to act and to get through the choreography knowing all these different changes that you have to do at that moment, and where the camera is for it to look like a real hit.”

Watson also spoke about the duel between Din and Gideon in the season finale being the most intense fight of the season, especially since Gideon actor Giancarlo Esposito kept breaking his sabers. The cast usually use half sabers for filming purposes but they had to go for the full blade in the end with this fight: 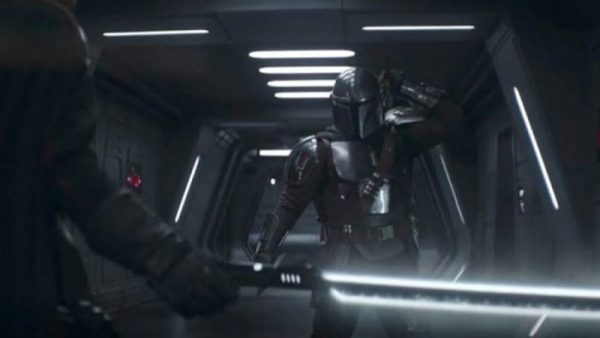 “We had to end up using the full sword, which makes the top end even heavier, so now the swings are a little bit harder. The intensity of that fight was probably the highest of both seasons. Giancarlo brought some real intensity to that fight. Lateef (Pedro Pascal’s stunt double) finished one time and was like, ‘That was like a real fight.’ Lateef was truly ducking for his life.”

He also spoke about the samurai-inspired fight between Ahsoka and the Magistrate and how using a lightsaber changes things compared to a real sword: “That changes a little bit of the dynamics. With a samurai sword, you can touch the blade and you’re not going to get hurt.

“That’s why that fight feels very clean and very direct. There’s not a lot of wasted movements — when they start to fight, they explode. It’s from stillness to 100 miles an hour in the blink of an eye.”

Hopefully, we will get many more memorable fights in the third season of the show when it arrives on Disney+. 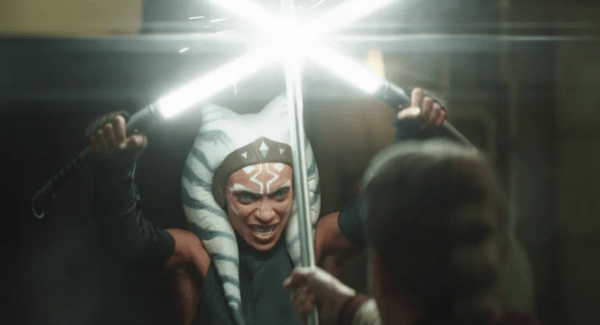