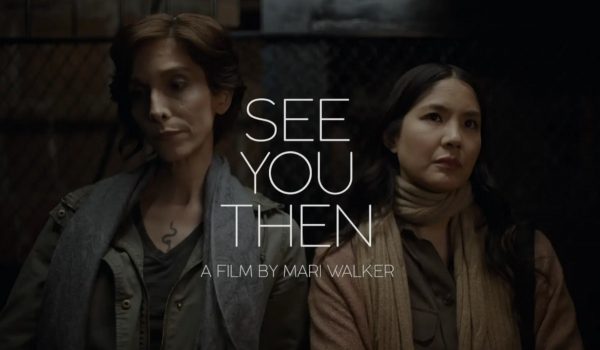 A decade after abruptly breaking up with Naomi, Kris invites her to dinner to catch-up on their complicated lives, relationships, and Kris’ transition. 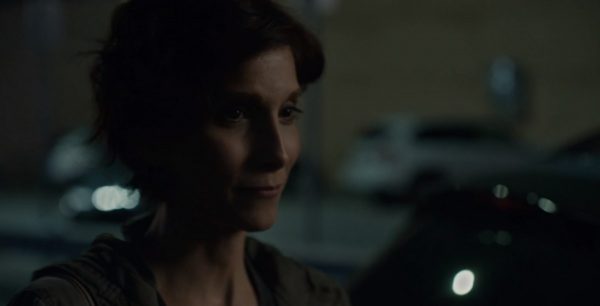 A decade after she ended their relationship without explanation, Kris (Pooya Mohseni) reunites with Naomi (Lynn Chen), now a married parent, to catch up. Once the polite hellos are over, it quickly becomes clear a thick tension permeates the air, Naomi still feeling residual hurt from the recently-transitioned Kris’ abrupt exit from the relationship. The breakup drastically altered both of their lives, and now they decide to confront that truth.

See You Then is, almost in its entirety, focused on a single night where Kris and Naomi meet up for dinner, drinks, and a stroll around the city, and in that stead it evokes both the easy charm and underlying suspense of Richard Linklater’s Before Sunset. It’s clear from minute one that there are unspoken truths for the pair to pore over, and after the customary opening shooting-the-shit is done with, the two dig deep into their defining prior romance. 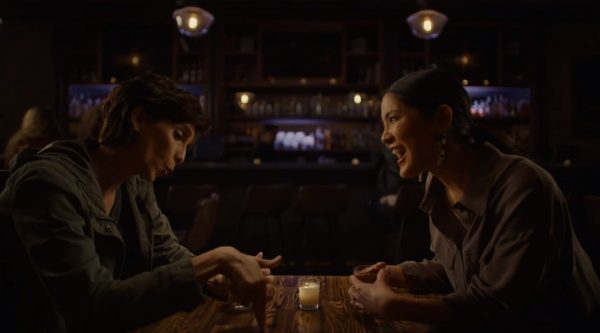 Being a trans filmmaker herself, we can assume Walker is drawing from experience with her evocative portrait of the trans experience. It goes without saying that any trans journey is a complex and challenging one, and Walker ably captures the multi-faceted difficulties, through the lenses of relationships, employment, and parenting, whereby the trans label itself can evidently threaten to overwhelm the content of a person’s character.

As much as we’ve all seen far too many movies where an unhappy woman meets up with her ex to hash things out, this is nothing if not a refreshingly unique take, keenly tinkering with the staid formula. Most of the societal observations about the perils of parenting, online dating, and toxic masculinity hardly feel new, though in its best moments the film finds a way to shine them through the more illuminating prism of Kris and Naomi’s specifically difficult predicament.

But Walker’s film works in even its more stock moments largely due to the strong performances from Mohseni and Chen, enough that it’s a shame their two-hander is occasionally interrupted by a male presence – most obnoxiously Peter (Danny Jacobs), a caricature of a sleazy professor who of course happens to be taking a student out for a highly inappropriate drink. 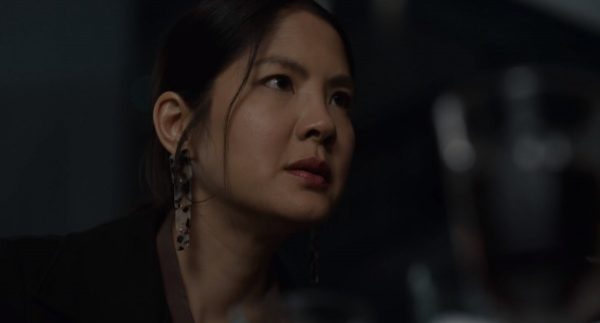 The two leads nevertheless bring conviction and simmering pain to the roles, each earning easy sympathy for their characters in a scenario where neither party is decisively “in the wrong.” The performances are further served by Walker’s straight-forward point-and-shoot style, complete with a boxed-in aspect ratio which eases out peripheral distractions for the most part, training the focus strictly on them.

With a barely feature-length runtime, this intriguing tale of emotional devastation in the wake of one woman’s transition gets in and out efficiently, even if a final twist dropped in the final 10 minutes does admittedly feel both rushed and needlessly overwrought. It’s a rug-pull too cruel to be fielded out so late on the game, with both the characters and the audience afforded so little time to chew through it all.

The dialogue also has an occasionally stage-y theatricality to it which may irk some – the spleen-venting monologues sometimes feel like a tennis match – but it’s all at least punctuated with sufficient good humour and, more importantly, an overflow of emotional honesty.

See You Then examines both the liberating and painful potential of transition with compassion and insight.