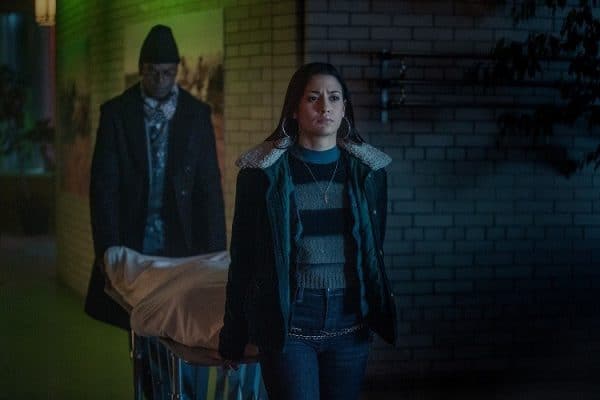 Seedy summit meetings attended by undesirable people of power happen every day.  A gathering of individuals with opposing ideologies come together in order to gain an advantage. Agendas are cloaked, intentions diverse and wriggle room minimal. In the aftermath of Laura Moon’s assassination attempt diplomacy seems the most unlikely outcome. Where Shadow fits into this puzzle remains a mystery, even audiences think they have an inkling of what awaits this demi-god in training. As people come to mourn, others come to celebrate and yet more to pick over what remains, it offers an opportunity for reflection.

There is no doubt that American Gods demanded an epic adaptation, with deities and demi-gods clashing on hallowed ground until the world stopped turning. What it got instead was a revolving door of creative input and production downtime, which saw season one and two appear years apart. That audiences had such a cohesive second season is a miracle considering the circumstances it was made under. A testament to the tenacity of cast, crew and those creatives who toiled under adverse conditions to remain truth to the source material. Which is why, in the main, season three has retained its original tone and atmosphere, whilst forging some new magic of its own. 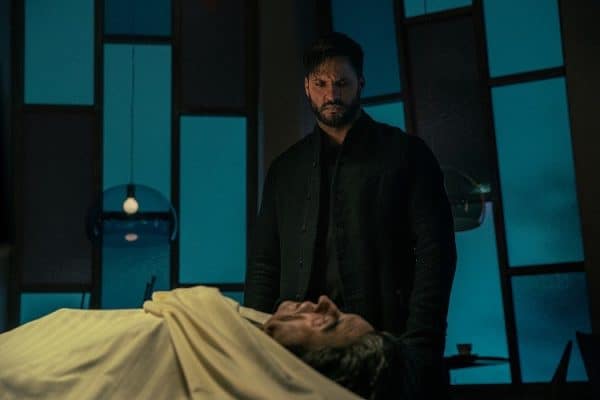 Eggs, omelettes and the act of creatively cracking are inherently linked. Similarly, such metaphors are no easier to depict on screen if a writer wants to get their point across. A lesson which has been taken to heart in the opening minutes of this series finale. Scapegoats, martyrs and selfless acts of adulation form the heart of this final fifty minutes, as every pawn is put in place. Biblical references are rife, mortals are sold down the river and gods stand in attendance.

Ritualistic in origin, dreamlike in design and audacious in denouncement there is a promise of more to come. Ricky Whittle, Emily Browning and Yetide Badaki equip themselves well, alongside an outstanding ensemble cast including Peter Stormare. Religious iconographies and Norse mythologies culminate in a test of fortitude that demands centre stage. Bathed, bound and prepared to honour his agreement, Shadow personifies the symbolism of American Gods in an extremely literal way. 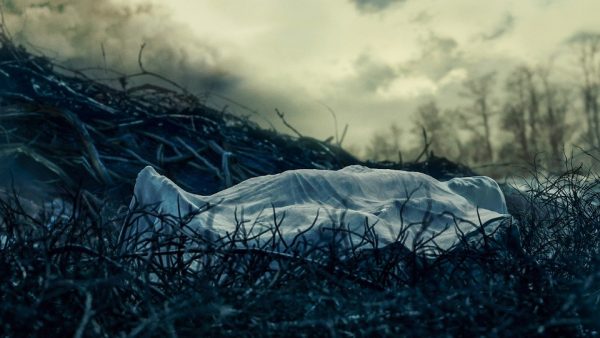 Without dealing in platitudes or cliché it is safe to say there will be a season four. Unfortunately, when that will materialise is possibly more of a discussion point. For anyone seeking closure rest assured the fat ladies are only warming up. Things may seem dire come the final credits, but death in American Gods is only another doorway. Resurrection is subjective, love lasts several lifetimes and gold coins are more than currency. In a society which is defined by tech savvy teenagers, online CEOs and life coach impresarios a little reality check is no bad thing. This is the show which offers audiences some respite from their reality.