We’ve got a copy of the board game Evil Corp to giveaway thanks to the team over at Evil Corp HQ! To be in with a chance of winning, check out our interview with Alfie from Evil Corp below…. 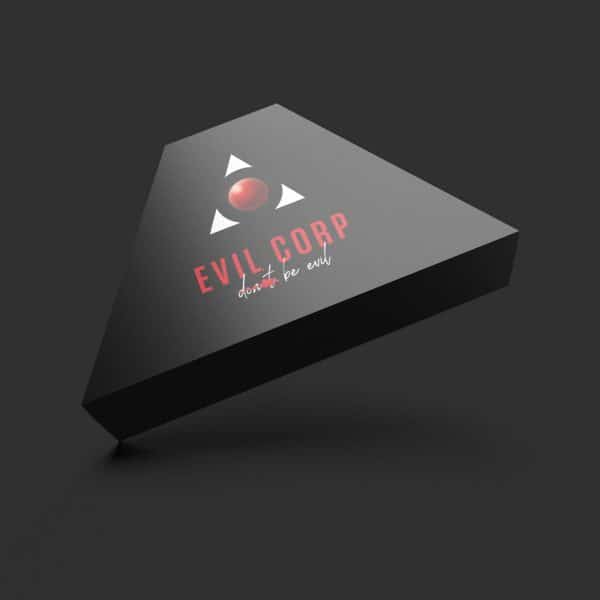 Villordsutch: How would you describe Evil Corp to a non board game playing audience?

“In The 20th Century we got Monopoly as a reflection of the times, today, we get Evil Corp” – Bill Thompson, Technology Journalist and Internet Pioneer

And that’s accurate since it was designed to reflect today’s reality of globalisation, hedge funds, disaster capitalism, and the incredible dangers inherent in having a handful of Billionaires control almost every aspect of our lives.

But also, it’s as simple and easy to learn and play as Monopoly, and whilst vicious and fun in that Take That kind of way, has none of the problems associated with Monopoly such as people being bankrupted out of the game. In Evil Corp, being bankrupt simply means you are rebranding.

V: What’s the backstory behind the Evil Corp?

A: My co-designer Allix and I were playing DnD one evening with our play group and somehow the idea of Evil corporations came up. We started listing off pop culture references like E.Corp, the Tyrell Foundation, Umbrella Corp. My sister googled games with the name Evil Corp, or about evil corporations and we were all stunned to learn that none existed. At least none that were entirely centred on the concept – there were lots of like evil genius games, but nothing focused on this one thing. The following week instead of playing DnD we began prototyping Evil Corp. 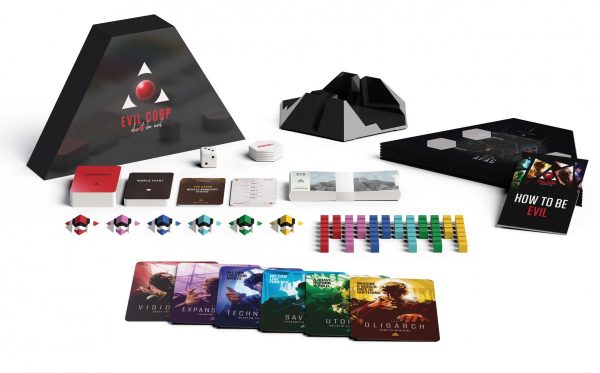 V: Which CEO are you, or is that telling?

A: Haha, well, I would probably be “The Philanthropist” who is the character type we are developing for a Co-Op version of the game. In that version one player has an enormous amount of power and all other players are pitted against them. But in a flip and reverse it, that player is the one trying to stop all of the evil CEO’s from “Saving the world”.

A: Right now we have a fun video campaign running in which we  parody real-life CEO’s by cutting up the things they’ve said in interviews and playing them back as the things they *really* mean. This is a reflection of how Evil Corp The Boardgame works: on the front of each players CEO card is the PR spin, for example The Visionary’s is: “A new life, On Mars” (a Blade Runner reference), but on the back of the card is The Truth – which is that she will only save those that can pay their way, leaving the dregs of humanity behind on a dying world. 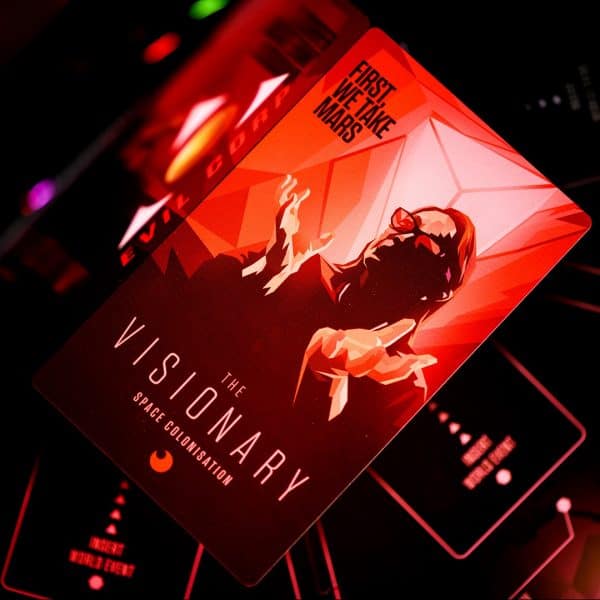 The game is as much an attempt at a tongue-in-cheek vehicle for social activism as it is a fun game with low barrier to entry, and so we will continue not only to develop new aspects for game-play, but also continue to develop the public facing part of the game which aims to raise awareness of the dangers the Billionaire CEO class represent. Look, if I’m completely honest, I want to replace every copy of Monopoly in households across the world with Evil Corp. It’s about time something kicked it off the shelf.

The competition closes at midnight on Sunday, March 21st. UK readers only please. To enter, use one or more of the following methods…