THE LUCKY STARS 3-FILM COLLECTION, a trio of action-comedy classics from Hong Kong’s brightest stars, is OUT NOW on Blu-ray from Eureka Entertainment, and we have two copies to give away! 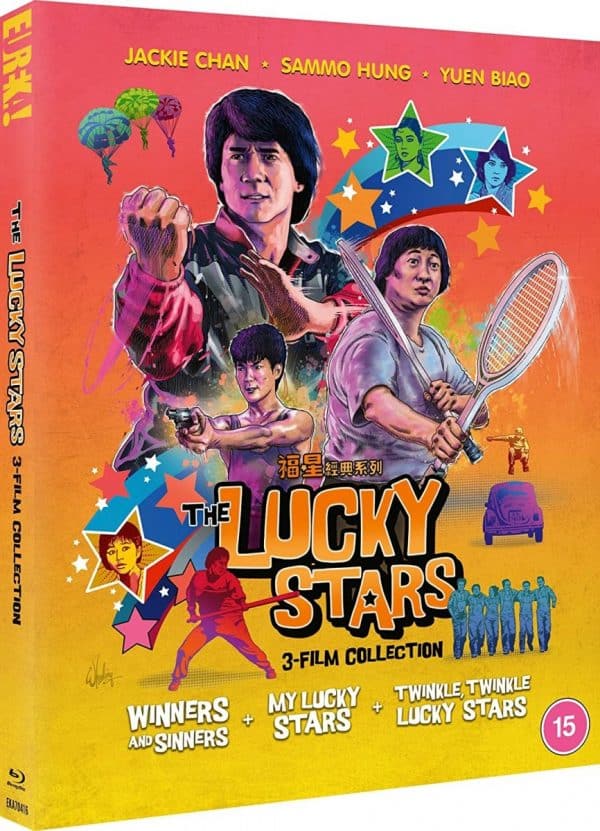 Winners and Sinners (1983) – Five former prisoners form a cleaning company and endeavour to keep clear of crime, but inadvertently find themselves in the middle of a counterfeit money scheme, and now the Triads and the police are out to get them!

My Lucky Stars (1985) – The Lucky Stars are sent to Japan to help the police apprehend a gang of dangerous criminals and a corrupt cop. Of course, nothing goes to plan, and a series of gut-busting and neck-breaking action sequences ensue, leading up to one of the best climactic fight sequences ever filmed.

Twinkle, Twinkle, Lucky Stars (1985) – Tasked with busting a crime syndicate, the Lucky Stars wreak havoc in a holiday paradise with their unique brand of high-kicking justice and outrageous antics.

The competition closes at midnight on Sunday, April 4th. UK readers only please. To enter, use one or more of the following methods…