To celebrate the DVD and Blu-ray release of Royal Rumble 2021 we are giving away a Blu-ray copy to one lucky winner. 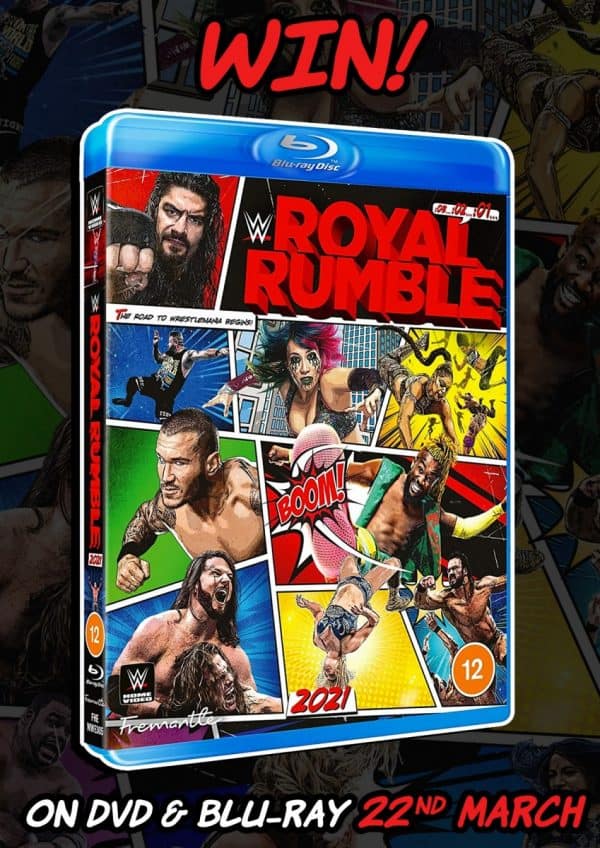 WWE kicks off 2021 with one of its most-anticipated events and the biggest matches of the year… it’s the Royal Rumble! This year’s event features two over-the-top-rope Royal Rumble matches as 30 men and 30 women battle to earn a championship opportunity at WrestleMania! The Royal Rumble matches include Edge, AJ Styles, Seth Rollins, Bianca Belair, Bayley, Charlotte Flair… plus lots of surprises! There’s a clash of generations as Drew McIntyre defends the WWE Championship against Goldberg, while the rivalry between Roman Reigns and Kevin Owens erupts into a Last Man Standing Match!

Plus even more action and extras

The competition closes at midnight on Sunday, April 4th. UK readers only please. To enter, use one of the following methods…