Edgar Rice Burroughs, Inc. has announced that FNCPR Ltd. has acquired the license to develop and publish John Carter: Warlord of Mars, the video game debut of the classic planet-hopping hero. 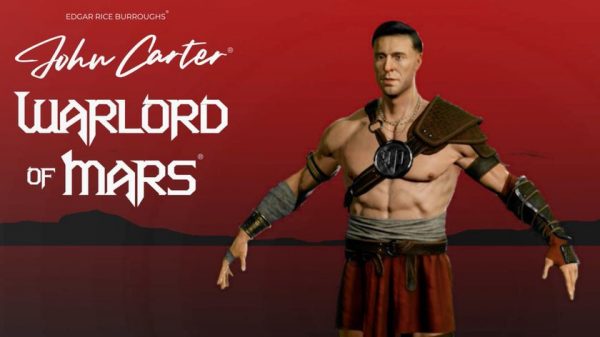 Updating the American Civil War setting of the original novels and comic books, Warlord of Mars will begin in 1945 at the end of WWII with soldier John Carter working on a mission to find Hitler’s secret projects general, Hans Kammler, whose experimentation with a new technology ultimately transports Carter to Mars, known to its inhabitants as Barsoom.

“In many ways, John Carter is the original fantasy action hero, thrilling readers and fans well before the likes of Flash Gordon, Superman and Luke Skywalker,” said Frazer Nash of FNCPR. “Most superheroes have already made their transition into the gaming world; it is high time that John Carter makes his debut.”

“The action follows Carter as he meets the weird and wonderful natives of Barsoom, acclimatising himself to Martian gravity, the local customs and Martian languages,” he continues. “His mission includes meeting the mighty Thark warrior, Tars Tarkas, fighting with giant ape-like monsters and falling in love with the beautiful Princess of Mars, Dejah Thoris. It’s over a century since these characters were created, and we’re excited to find a new way of bringing them to life.”

We are excited to announce details of our new John Carter video game. Coming for PC and Consoles. Kickstarter launches 19 April. Sign up for our newsletter and reward details.https://t.co/BsyZRkUFzn @johncarterfiles @JohnCarterFilm @KeziaBuzz @barsoomia @scifilondon pic.twitter.com/jSgtLgPhAs

Creative work on John Carter: Warlord of Mars is underway now, with Tanglewood Games serving as lead developer on the project. A Kickstarter crowdfunding initiative is set to launch on April 19th, and you can find out more information at the official site here.