Eureka Entertainment releases TIME AND TIDE, Tsui Hark’s sharp and kinetic crime thriller, on Blu-ray as a part of the Eureka Classics range from May 24th 2021, and we have three copies to give away! 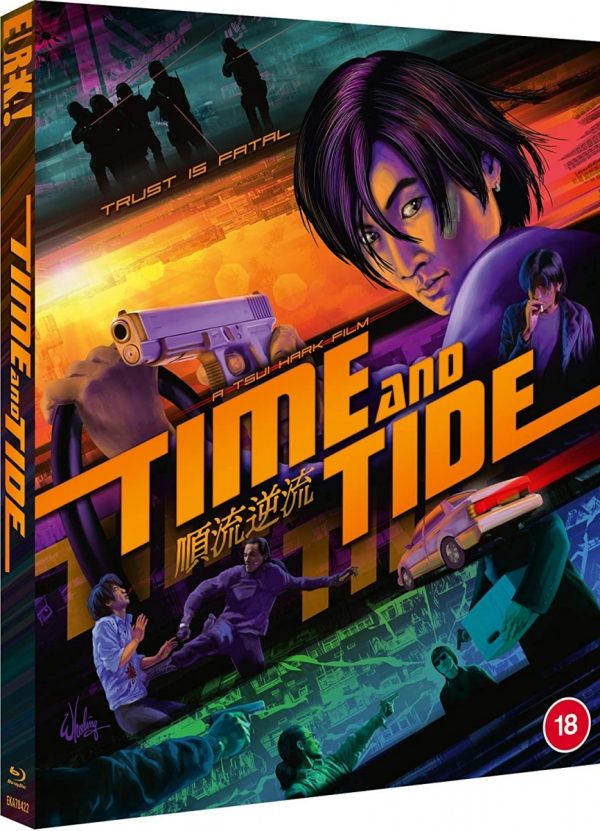 A streetwise young man becomes a bodyguard to score quick cash. He soon befriends a once disillusioned mercenary determined to make a fresh start with his new wife. Although the two men find themselves working together to foil an assassination attempt, their partnership is short-lived. Through uncontrollable circumstances, they will unknowingly be propelled toward the opposite sides of a deadly confrontation.

A noir infused Hong Kong action thriller from Tsui Hark (Zu: Warriors from the Magic Mountain; Once Upon a Time in China) starring Nicholas Tse and Wu Bai (who would later appear together in New Police Story), Time and Tide was nominated for six Hong Kong film awards and remains one of Hark’s most acclaimed features.

Available to order now from the Eureka Store.

The competition closes at midnight on Sunday, June 6th. UK readers only please. To enter, use one or more of the following methods…