To celebrate the Blu-ray and DVD release of WrestleMania 37 we are giving away a Blu-ray copy to one lucky winner. 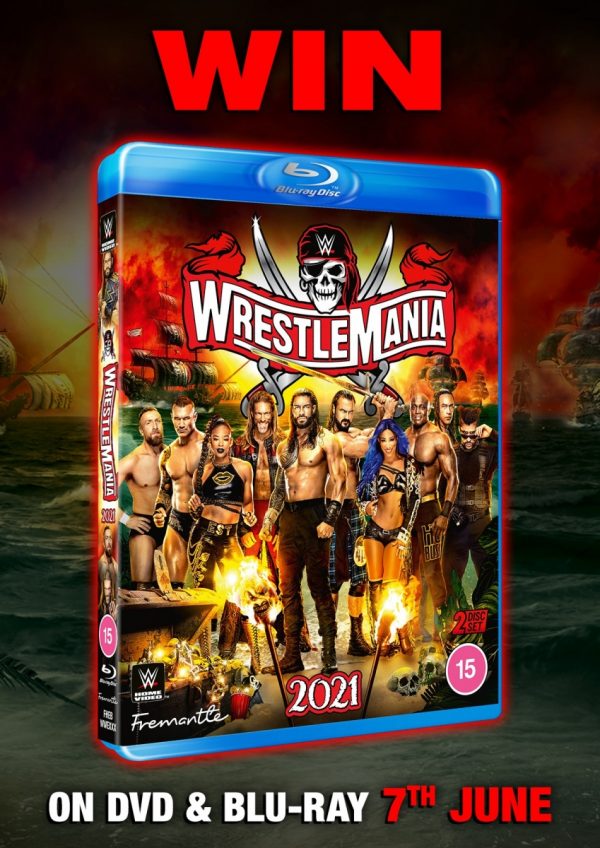 It’s the Showcase of the Immortals, the Grandest Stage, and the biggest spectacle in sports-entertainment… it’s WrestleMania! Set across two historic nights at the Raymond James Stadium in Tampa, Florida, WrestleMania is back in business, as fans return to WWE for the first time in over a year! There’s a line-up of epic matches, including WWE Champion Bobby Lashley defending his championship against Drew McIntyre, Bianca Belair challenging Sasha Banks for the SmackDown Women’s Championship, and a Triple Threat Match between Universal Champion Roman Reigns, Edge, and Daniel Bryan! Available on DVD & Blu-ray – plus, limited edition DVD & Blu-ray with alternative artwork and a bonus disc.

Plus much more action and extras!

WrestleMania 37 is available to buy on Blu-ray and DVD from 7th June 2021. Get your copy here.

The competition closes at midnight on Sunday, June 20th. UK readers only please. To enter, use one of the following methods…