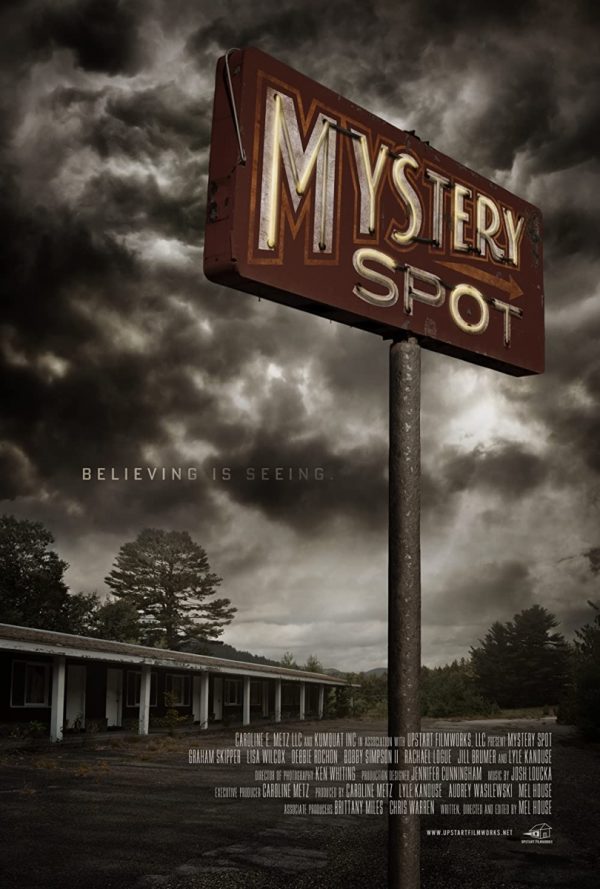 A number of people find refuge in a small motel in the middle of nowhere, its only distinguishing characteristic being the ruins of an old Mystery Spot – a long-dead roadside attraction with strange metaphysical powers.

Browbeaten, depressed Nathan (Graham Skipper) ekes out a miserable existence living in a motel and recording movie audition videos for his mysterious boss, haunted by a broken family life he’s seeking escape from. At the motel he meets Rachel (Lisa Wilcox), a woman determined to flee her own personal torment once and for all. But in each other, Nathan and Rachel perhaps find a new sense of purpose; it all relates to the mystery spot – an abandoned nearby roadside attraction which harbours peculiar supernatural powers.

Through and through, Mystery Spot illustrates the extreme challenges of rendering a high concept with limited resources, for despite the enigmatic potential of the titular phenomenon, the most interesting flecks of story – namely a criminal underworld using the mystery spot to conceal their murders – are only whispered about.

Though largely training its focus on Nathan and Rachel’s burgeoning relationship, House’s film is a wildly overstuffed 110-minute slog, crammed to the brim with excess subplots, reams of expository dialogue, and goofy extended vision sequences. There’s a clear effort here to build out the scale of the piece despite the limited budget, but given the sloppy conception both narratively and technically, one senses the filmmaker bit off a little more than they could chew. 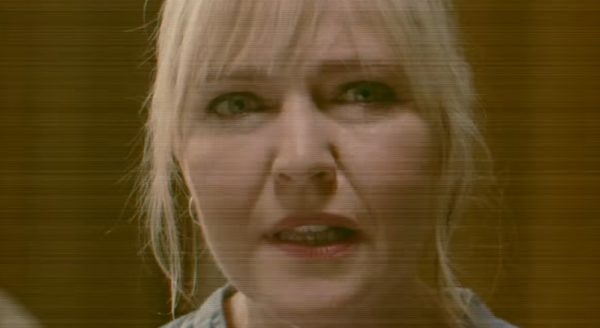 The film is absolutely at its best when simply letting its two leads talk; this is a story about depression, about dealing with loss, and how suffering people can keep one another above water – quite literally, ultimately.

Skipper in particular commits hard to his tortured protagonist, a man seeking solace in the mystery spot’s unique ability to soothe his emotional torment, and no matter the pic’s overall messiness, he should be commended for his work here. Wilcox similarly gives herself over to her grieving widow Rachel, and while given the lesser-developed of the two characters, makes the most of her natural screen presence.

But beyond its solid work in front of the camera, Mystery Spot is an unconvincing misfire of bloated plotting, wonky production values, iffy supporting performances, and a tone that occasionally veers into outright unintentional comedy – unaided by an overwrought musical score. Perhaps its worst sin, however, is seeming to reach a violent apex at the 90-minute mark but continuing on for another 20.

The cast’s commitment to the material is never in doubt, but the filmmaker’s reach ultimately exceeds their admittedly ambitious grasp.