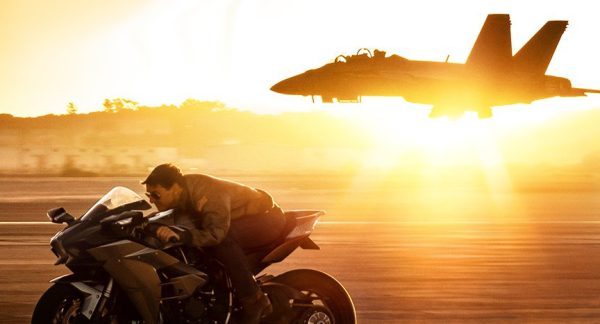 Top Gun: Maverick finally fires up its engines around the world this weekend, and you don’t need to have been in stealth mode to have heard that it’s the kind of film the big-screen experience was made for.

We called it “the perfect summer blockbuster” in our review, and “an expertly crafted adrenaline rush with a heart that beats as loudly as an F-18 thrusting engine”, but how will that translate in a pandemic-era marketplace in which adult fare hasn’t equated to bums on seats?

According to THR industry experts have the 36-years in the making sequel pegged for an opening of at least $92 million domestic, which would easily best Tom Cruise’s biggest opening weekend of all time, which is currently a record held by 2005’s War of the Worlds with $64.9M.

However, that Top Gun 2 estimate is a very conservative one, with some believing that the 97% Rotten Tomatoes rating, coupled with the overwhelmingly positive reaction from those who’ve seen the film, could see the Joseph Kosinski directed sequel fly north of $100M, possibly even soaring towards $125M over the Memorial Day weekend. Originally set to touch down in 2020, Top Gun: Maverick has done the pandemic shuffle more times than most films, with Cruise insisting that it debuted in cinemas and not on a streaming service. It now becomes quite the litmus test for non-superhero related blockbusters, especially when you consider that this is a legacy sequel to a film released in 1986, so the key demographic may still be reluctant to venture to the theatre.

SEE ALSO: Doctor Strange in the Multiverse of Madness overtakes The Batman to become 2022’s biggest movie to date

Still, a worldwide opening above $200M and the fact Tom Cruise movies tend to have decent multipliers at the box-office, should ensure that this sets out on a decent trajectory over the weekend. Top Gun: Maverick is out in cinemas now.