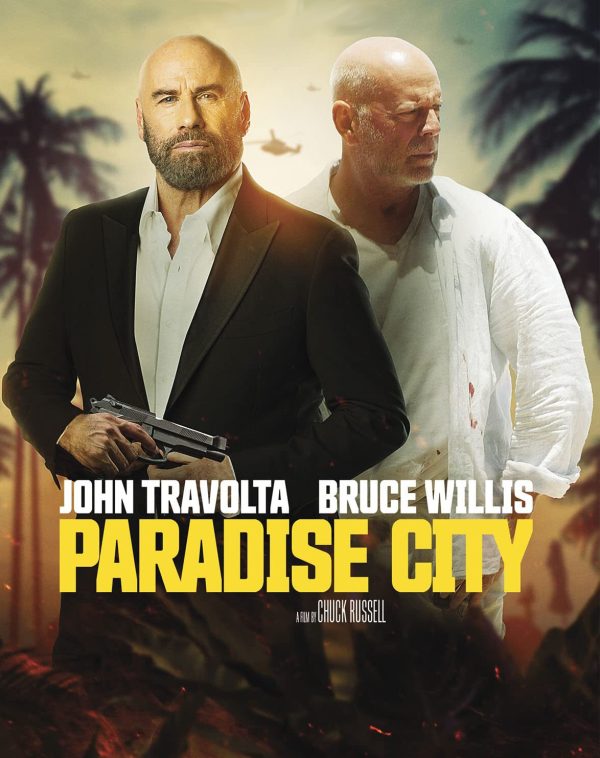 Ryan Swan must carve his way through the Hawaiian crime world to wreak vengeance on the kingpin who murdered his father. 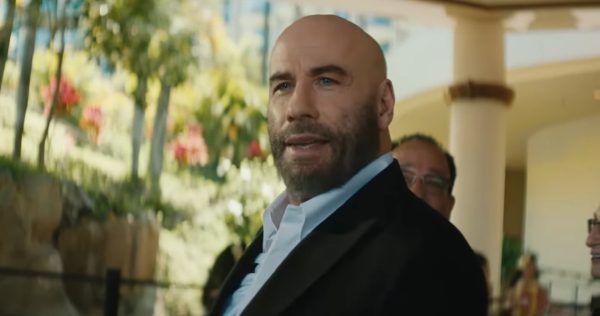 There’s a moment in Paradise City where Bruce Willis’ character introduces himself by saying, “my name is Ian Swan, just like the bird,” attempting a smooth delivery similar to James Bond. It’s a line that had me cracking up, which is more than I can say for the rest of this tedious exercise.

It stars out somewhat promising (and by somewhat promising, I mean there’s a halfway decent action sequence that concludes with someone somersaulting out of a window into a pool), then transitions into something far too talky and exposition-heavy for a movie selling itself on the first time Bruce Willis and John Travolta have appeared on screen together since Quentin Tarantino’s Pulp Fiction, but not before ending on a sour white savior note. 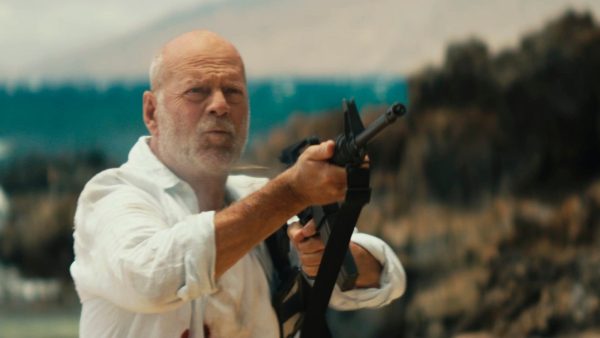 For as sleepy and uncoordinated as Bruce Willis’ performances lately have become (something that’s not entirely his fault given his aphasia diagnosis), he is still endlessly more entertaining than watching Blake Jenner pass for an action lead as Ryan Swan, wandering around with local Maui police officer Savannah (Praya Lundberg) investigating the murder of his bounty hunter father that had a dangerous criminal bagged before the situation went sideways. At times, Paradise City feels like a bad travel advertisement for Hawaii (how is it possible to make such beautiful areas so unremarkable to look at) featuring models rather than actors (some of the dialogue is painful to listen to).

Also on the scene is another bounty hunter, Stephen Dorff’s Robbie, a man with a shameful history, responsible for causing Ian’s divorce. This means that Ryan also has to work with the one who ruined his childhood to get to the bottom of the mystery. However, Robbie is not concerned with Ian; he wants to bring in a local aspiring UFC fighter with a price on his head, a mostly useless subplot that conveniently connects the character to the main story. 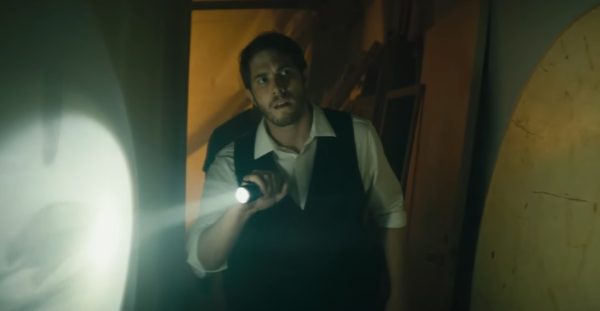 Meanwhile, John Travolta’s Buck is working with cartels and corrupt politicians to take over the land and branch out into financially lucrative endeavors. And considering we haven’t seen Bruce Willis and John Travolta on screen together yet, there is no point hiding that Ian is still alive. I would say it’s baffling that the film tries to affect the character road as dead, but there’s only so much work on screen Bruce Willis can do, whether it be for personal choices or aphasia limitations. However, there is one surprise that pleasantly takes inspiration from one of John Travolta’s best roles and films, adding some much-needed silliness and fun to these otherwise lumbering proceedings.

The general story outline is fine, but director Chuck Russell (writing alongside Edward Drake and Corey Large, with the former having directed several VOD flicks featuring Bruce Willis) doesn’t stick with keeping the action moving. There are far too many scenes of characters asking questions about one another and pointless flashbacks that don’t offer much substance. Paradise City somehow fares worse by bringing in some Maui characters, as the film never feels genuinely interested in their struggles or culture. As soon as father and son are back together, the filmmakers quickly slaughter the resistance in a sequence that barely lasts one minute. 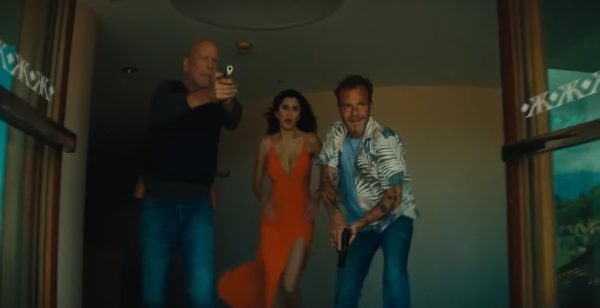 Much of the above could be forgiven if Paradise City offered thrills and a high body count, but Blake Jenner is highly unconvincing whenever he finds himself in a fight, and the movie isn’t that interested in exciting viewers anyway. All of this is a shame considering there are outtakes during the ending credits showing that Bruce Willis and John Travolta are having a blast working on this. Meanwhile,  audiences will be begging, “oh, won’t you please take me home.”