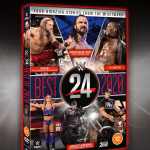 To celebrate the DVD release of WWE 24 – The Best of 2020 we are giving away a DVD copy to one lucky winner. Experience the rollercoaster ride of a WWE Superstar’s career with this 2-disc collection, WWE 24: The Best of 2020. Follow Edge’s tumultuous journey back to WWE, learn about the life of […] 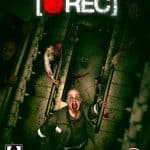 To celebrate the release of [REC] – out now from Arrow Video – we’re giving away a Blu-ray! 28 Days Later meets The Blair Witch Project as a mysterious virus turns the inhabitants of an apartment building into a horde of frenzied, bloodthirsty ghouls in the original 2007 “found footage” phenomenon that spawned a hit […] 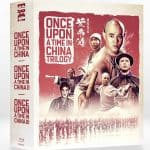 Once Upon a Time in China Trilogy, Tsui Hark’s dazzling kung-fu trilogy starring Jet Li and Rosamund Kwan, is available now on Blu-ray as part of Eureka Entertainment’s Eureka Classics range, and we have three copies to give away! Read on for details of how to enter… Starring Jet Li as the real life Cantonese […] 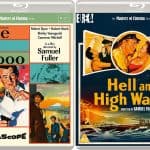 Thanks to Eureka Entertainment, we have two Samuel Fuller Blu-ray bundles to give away featuring House of Bamboo and Hell and High Water, both of which are available now. Read on for details of how to enter… Japan, 1954. A military train is robbed of its cargo by a ruthless gang of professionals led by […] 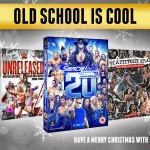 Christmas is coming and to celebrate we are giving away this must-have WWE “Old School is Cool” DVD bundle, featuring some of WWE most famous Superstars. The DVD Bundle contains: History of the Hardcore Championship WWE Unreleased: 1986-1995 SmackDown 20th Anniversary Attitude Era: The Complete Collection 1997: Dawn of the Attitude All titles in the […] 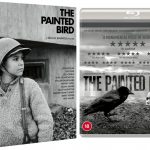 The harrowing masterpiece The Painted Bird is available now on Blu-ray ray as a part of Eureka Entertainment’s, and we’ve got three copies of the film to give away to our readers. Featuring a staggering central performance from the young Petr Kotlár alongside a star-studded international ensemble including Udo Kier, Stellan Skarsgård, Harvey Keitel, Julian […] 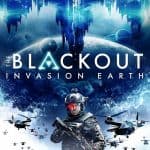 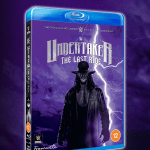 To celebrate the Blu-ray and DVD release of Undertaker The Last Ride we are giving away a Blu-ray copy to one lucky winner. Undertaker: The Last Ride charts the final years in the legendary career of the “Deadman” as he battles other legends and contemplates his final match on the grand stage of WrestleMania. With […]

We’ve got a rather fantastic prize for fans of filmmaker Ishirō Honda thanks to the folks at Eureka Entertainment, with a Blu-ray copy of Mothra and Ishirō Honda Double Feature: The H-Man & Battle in Outer Space up for grabs! One of the most iconic Japanese kaiju, Mothra has appeared in over a dozen feature […] 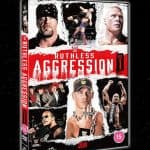 To celebrate the DVD release of WWE: Ruthless Aggression Volume 1 we are giving away a DVD copy to one lucky winner. From the ashes of the Monday Night War, a new era is born – Ruthless Aggression. This 2-disc DVD set collects all five episodes of WWE’s documentary series on the history-making era that […]