Villordsutch previews Blackguards 2…   Some of the best-known Blackguards from the first game will be part of the team again -unfortunately, their lives didn’t go very well since then. Although they are a shadow of their former glory, Cassia, the main protagonist of Blackguards 2 is looking for the remaining Blackguards as she sees […]

January 16th 1967. A secret agent suddenly resigns from MI6, then wakes to find himself imprisoned in ‘The Village’ — a bizarre community with a cheery veneer, but an underbelly of threat and mystery. Re-branded as Number Six, our agent must enter into a battle of wits with the sinister Number Two, whose sworn aim […]

Villordsutch reviews Star Trek/Planet of the Apes #1… It’s the crossover nobody ever expected! STAR TREK: The hope for the best of mankind’s future! PLANET OF THE APES: A chilling look at the fall of humanity! How could these worlds possibly collide? What could possibly cause Captain Kirk and the crew of the Enterprise to side […]

Villordsutch review Star Trek #39… In Star Trek #39, “It’s the penultimate chapter of the The Q Gambit! Captains Kirk and Sisko must work together to fight back against the forces of the Dominion! Meanwhile, Spock attempts to free the Enterprise and her crew from the clutches of the nefarious Dukat! And just what is […]

With less than a week to go until the release of Elite: Dangerous, set free today is the launch trailer of said game, featuring the soundtrack “Out of The Black” by Royal Blood. Check it out here… There is still time to get your pre-order of Elite: Dangerous Mercenary Edition for £35.00 ($50 and €40), […]

This will make all Terrahawks fans very happy as Anderson Entertainment are giving an early Christmas present with the free release of the Terrahawks Christmas Special – A Christmas Miracle – online via YouTube for 30 days from December 10th.  The episode has been digitally cleaned and re-mastered and features two new specially created parody […]

Villordsutch reviews Star Trek: New Visions #4 – “Made Out of Mudd”… John Byrne continues his new Star Trek photonovel adventures with “Made Out of Mudd” – Harry Mudd has gotten under Jim Kirk’s skin before, but never quite like this… alien artifacts, Klingons, and a mad man’s schemes add up to headaches for the […]

Villordsutch reviews Bedlam… If you’re like me , an old mature gamer who has been around for a fair few decades watching games evolve, we’ve seen wondrous things from black and white tennis (Pong) to the monochrome colour clashing on the ZX Spectrum then onwards to the 486 basic PCs up to our beast of […]

Villordsutch reviews Zenith: Phase Two… The all-time classic is back – and available in North American AND UK editions! Zenith is the only superhuman popstar. He’s saved the world, had a number one record – but his only interests are women, drugs, alchohol and fame. But Peter St. John and the unexpected reappearance of Ruby […] 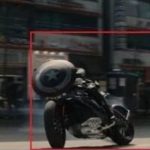