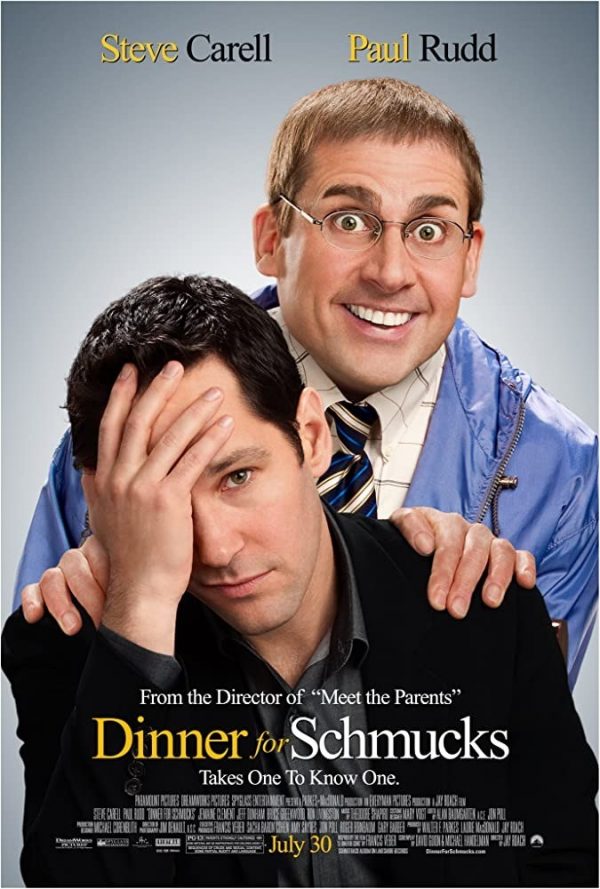 An ambitious young exec stumbles across the perfect candidate for his superiors’ dinner for idiots. 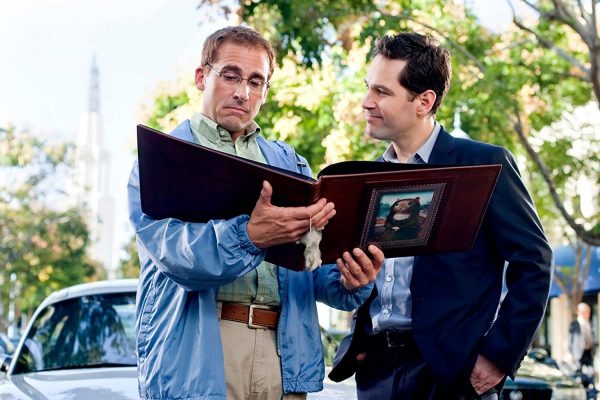 Schmuck [shmuhk] –noun, Slang.
an obnoxious or contemptible person. From the Yiddish ‘shmok’; literally, a dick.

The schmucks in this film have something called ‘Dinner for Winners’. Of course they do. Tim (Paul Rudd) works for a bunch of crooks and con artists in expensive suits – but more on them later. This film, try as it might to hook us into Tim’s uncomfortable situation with his job and his fiancee, is all about Barry, moron supreme, played with an awkward innocence by Steve Carell.

Barry lives in a little world of his own, populated largely by taxidermied mice, arranged in all kinds of quirky, weirdly mesmerizing tableaus. Director Jay Roach seems to have missed a trick in not making more of these odd little creatures.

Occupying the oft-missed space between cute and macabre, these mice sum up the Barry That Should Have Been far better than the furniture breaking and answerphone antics the audience get lumbered with. 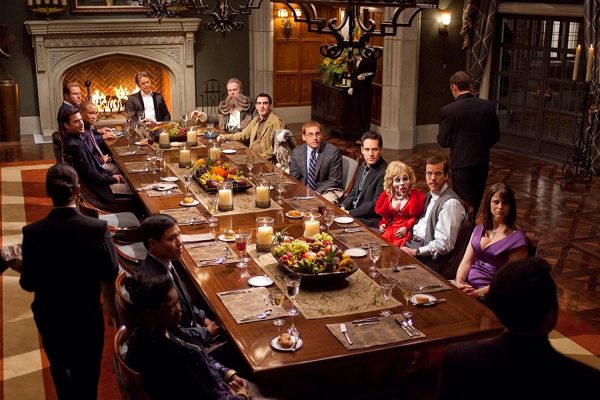 Having Barry as a friend is like throwing a grenade into a room then locking yourself in with it. No sooner than Tim makes his acquaintance with Barry does his uncomfortable fiancee situation pass through disastrous and quickly progress into apocalyptic. In an almost zen-like capacity, Barry proceeds to unwittingly clear Tim’s life of all the dead weight dragging him down.

This is just as well, since Tim’s life seems to be populated almost entirely by idiots; his fiancee curates art shows for the animalistic sexoholic Kieran (Jemaine Clement), his boss is wooing a Swiss investor (David Walliams) who is very keen that everyone knows which finger his wife likes best, and Barry’s boss (Zach Galifianakis) is convinced that he is the sole possessor of Mind Control.

It’s the dead mice effect all over again; we’re given a brief glimpse of the sheer absurdity of these people’s lives, but no more. Their screen time is filled with touching flourishes of their staggering idiocy, easily surpassing Carell’s comparatively pedestrian efforts, then nudged into the background again so we can be plunged back into Tim’s boring-ass life. 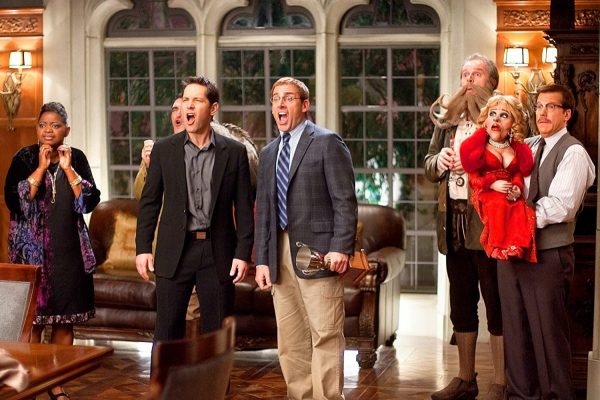 Worse, they’re budging over to make room for characters like Tim’s heartless, lifeless superiors or his girlfriend Julie (Stephanie Szostak), whose one and only function is to provide romantic peril for Tim. These are the schmucks we were promised in the title, and they’re lamentably under-written, sticking to the formula, parroting the lines we’ve heard a thousand times in the same situation – “I don’t know him anymore” “You want that promotion, don’t you?”

Rudd himself coasts along, sticking to his own Dickish Guy Who Is Essentially Good Deep Down formula from Role Models and I Love You, Man. Yet, sadly, he lacks the defiant, edgy charm that made us root for him in those films, so Tim becomes merely Dickish Guy.

After some cringeworthy episodes involving Tim’s stalker ex, the film finally gets into its stride with the superb dinner scene finale, letting us revel in the wonder and hilarity of the guests for once. It’s worth sticking around to see a duel like no other, how to put everyone off the lobster course, and what becomes of that beloved finger. 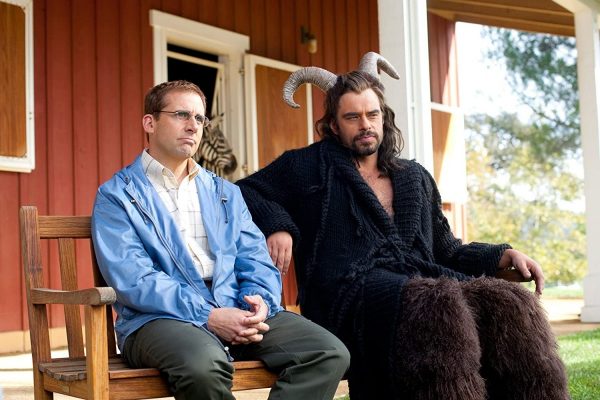 Hardly pushing the frontiers of originality (it’s a remake to start with) and full of unnecessary characters and subplots, its true charm and madness creep up on you nonetheless to provide some genuinely unexpected laughs.

Simon Moore is a budding screenwriter, passionate about films both current and classic. He has a strong comedy leaning with an inexplicable affection for 80s montages and movies that you can’t quite work out on the first viewing.