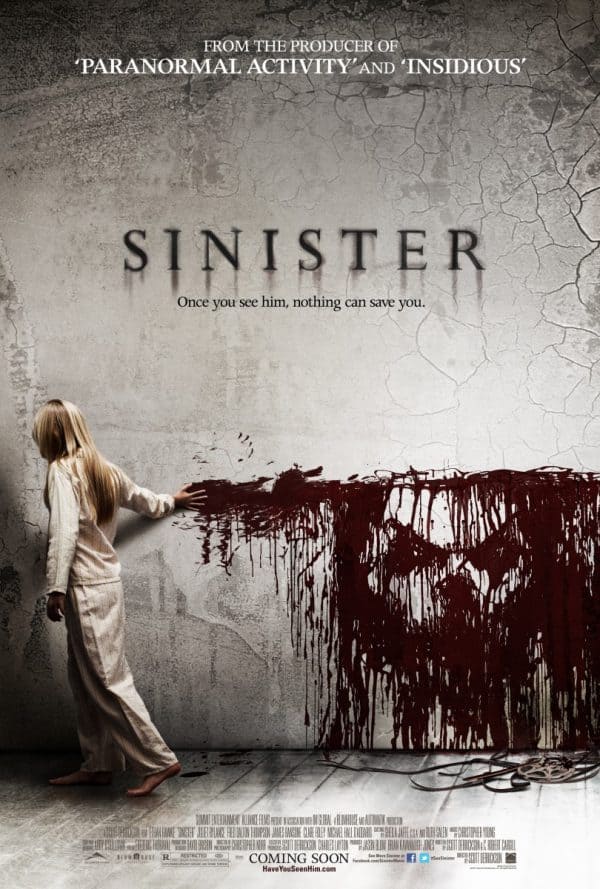 Found footage helps a true-crime novelist realize how and why a family was murdered in his new home, though his discoveries put his entire family in the path of a supernatural entity. 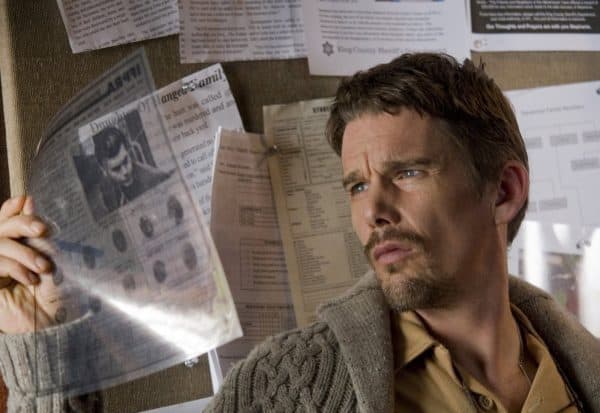 It’s been quite some time since we’ve had a really good horror movie. Earlier this year we got The Cabin in the Woods, which was a great horror comedy, but it’s been a while since we’ve had a true horror movie turn out good. Now director / co-writer Scott Derrickson (The Exorcism of Emily Rose) and co-writer C. Robert Cargill (Carlyle from Spill.com) bring us Sinister, a throw back to old school horror. Can Derrickson and Cargill finally put together a truly great horror movie or does Sinister go the way of most efforts over the last 20 years?

Ethan Hawke (Training Day) stars as Ellison Osborne, a true-crime novelist who moves with his family into a house where the previous occupants were all murdered. He plans on writing a book about the crime but chooses to keep his knowledge of the murder from his family. In the attic of the house, Ellison finds a box of old home movies which he starts to watch. With each video he sees a different family being murdered; this causes him to do some research to try and find the out who murdered these families and if they’re linked in any way. A strange figure shows up in all the videos, who Ellison believes to be the killer. Soon strange things begin to happen around the house and Ellison starts seeing this mysterious figure outside of the videos too. Could Ellison just be hallucinating from lack of sleep and stress or is his family in danger of this mysterious creature? 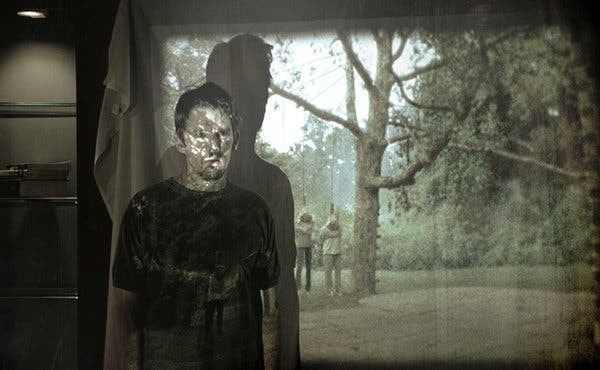 For a horror movie to work it can’t just rely on jump scares. The filmmakers need to create an atmosphere that is frightening and put a sense of fear on screen that the audience can believe in. Sinister does just that. The film is actually scary and it’s because of the atmosphere director Scott Derrickson creates. Right from the opening shot you can tell this is going to be a disturbing movie, and while it is disturbing, it never goes over the top with its scares. All the jump scares here are earned; they don’t feel cheap like they do in most other horror movies because of how Sinister is set up. Here they don’t just make you jump – they make you feel the terror that is on screen, which is all I could ever want from a horror.

Sinister spends most of its time with one character, so for it to be successful that actor needs to give a really good performance. Thankfully, Ethan Hawke gives a great performance. He delivers a character that you can root for and you hope that he and his family make it out of this situation alive. It’s also very interesting watching Ellis try to uncover all the clues to the murders, adding a mystery aspect that works just as well as the horror, and Hawke does a great job in both aspects. While there isn’t much of a supporting cast everyone involved does a good job alongside Hawke. Juliet Rylance makes a great wife for Ellis, James Ransone is both humorous and surprisingly smart as the town’s deputy and Fred Dalton Thompson’s sheriff makes for an interesting character who you aren’t sure if he’s a good or bad guy. 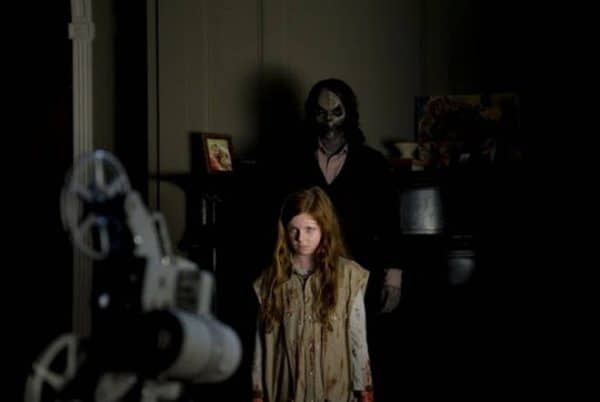 Sinister works as both a horror and a murder mystery. It features a great performance from Ethan Hawke and showcases a new horror creature that will stay with you even after the movie is over. This is without a doubt one of the best horror movies in the last ten years.