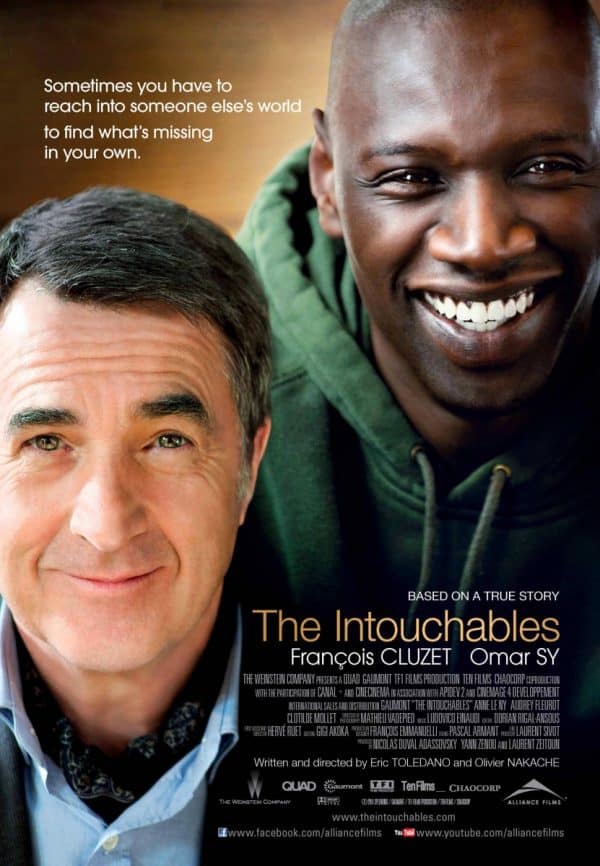 After he becomes a quadriplegic from a paragliding accident, an aristocrat hires a young man from the projects to be his caretaker. 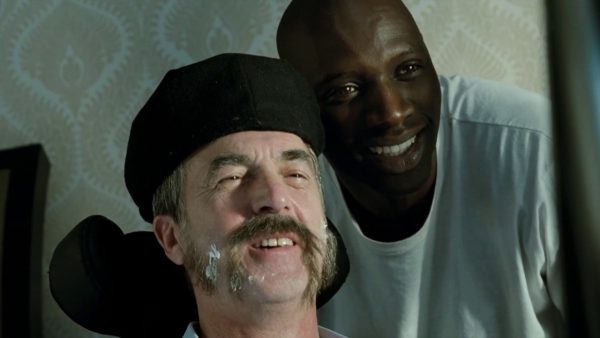 There is a improvised scene in Gus Van Sant’s Good Will Hunting where Robin Williams discusses his wife’s nervous bowels with his therapy patient, the titular character played by Matt Damon. In this ten-minute sequence there erupts between both actors laughter so genuine and infectious that it has the audience in hysterics as well. For an isolated incident in a rather hard-hitting drama, Good Will Hunting is not the paramount example of this “infectious” laughter. Thirteen years later comes Untouchable: a film that is a great example and one that includes not one laugh-out-loud moment but many, and one based on a slightly less dramatic but equally inspiring story.

Harvey Weinstein bought the rights to Untouchable meaning that its chances at Oscar glory are rather good. Furthermore, with his huge endorsement the film will fortunately reach more audiences. With a film so charming as this there is also hope that word-of-mouth will additionally elevate its profile – it is more than deserving of it. It is not always a frolicsome film that highlights the joy of friendship; it also highlights an array of social issues. With it being a true account of a wealthy tetraplegic who employs a ghetto-dwelling youth as his aid, there may be concern over it being a taut melodrama. At times in the film tragedy does prevail over good-humour yet, overall, it likes to remain jovial. It does not shy away from the more important matters of social class and issues of discrimination. Paris is a capital like many others, at times struggling with the conflicting social classes; writers/directors Olivier Nakache and Eric Toledano constantly reminds the audience that stories like Driss’ are so meaningful due to those social afflictions. 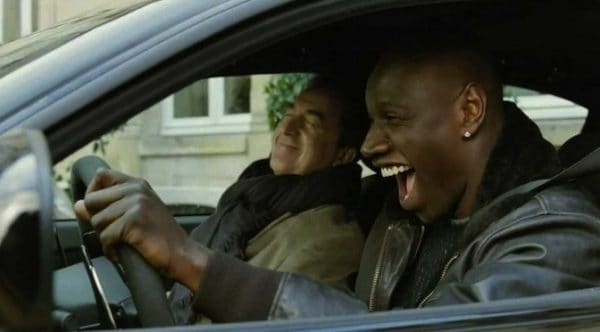 All the essential parts of a masterful film are pieced together elegantly for the Untouchable but they would mean nothing without the aid of the two leads. Perhaps it is an examination of humanity or the rowdy, yet innocent, exuberance of Omar Sy’s Driss that strikes a chord with audiences. Maybe it is the grins and grimaces of François Cluzet’s Phillippe that are portrayed all-too-naturally, always gaining empathy from the viewer. Most probably, it is the combination of the disparate double act that evokes appreciation of the film. As you sit watching Sy and Cluzet play off one another you begin to think of life outside the film where the two must have become great friends. It is a sign of great casting when the chemistry between actors emanates throughout the film (think of Bard Pitt and Edward Norton in Fight Club or Robert Redford and Paul Newman in Butch Cassidy and the Sundance Kid and The Sting) – it fuels the movie in a different way than the directing, editing or soundtrack.

The education Phillipe gains from spending time in Driss becomes the audience’s education too; Driss sees the world in a different way due to his background, but his refreshing assessment of it inspires both Phillipe and the viewer. As the film finishes you are left with a feeling of enormous gratitude – you have laughed, cried and learnt from Driss and Phillipe’s tale. It is an emotionally invigorating feel-good film that appeals to the humanist in all of us. Perhaps the only downside to the film is the fact that it ends; much like spending an evening with some of your funniest and charismatic friends, you never want the night to end and Untouchable carries that same sentiment.