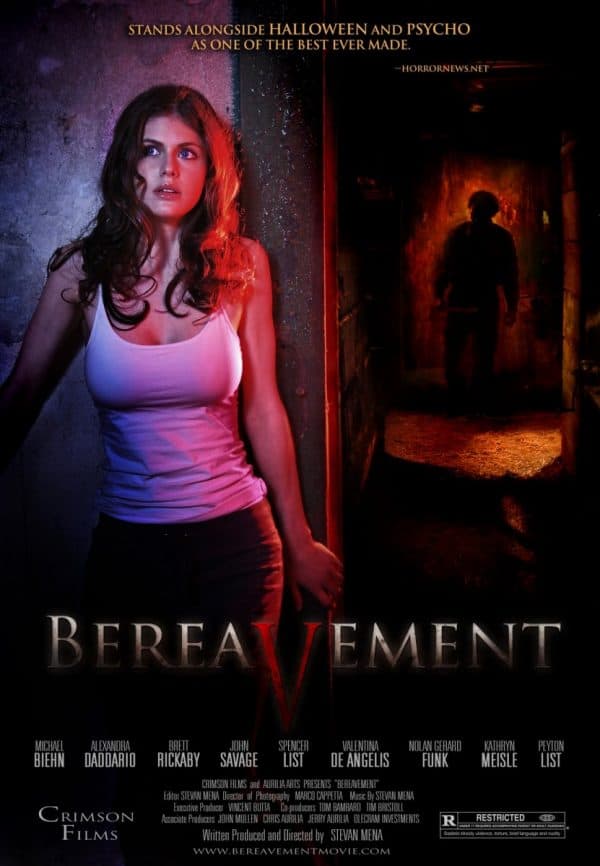 A deranged psychopath kidnaps a young boy with a genetic disorder that causes him to feel no physical pain and forces him to become an unwilling participant in the mindless slaughter of his innocent victims. 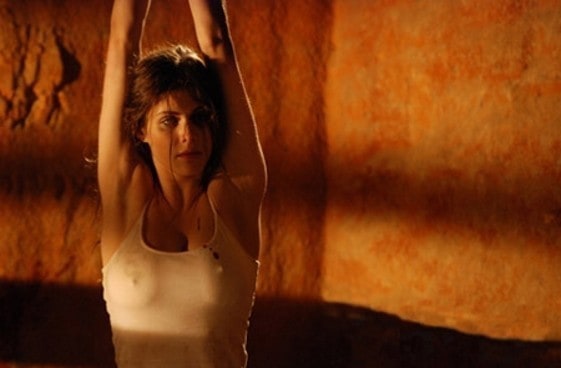 Small towns tormented by serial killers is a reliable staple of the horror genre. Be it isolated rural town locales or sleepy suburbia, the Michael Myers et al of this world go about their slashing business in the quiet recesses of America. Bereavement follows a stereotypical format with a few interesting ideas added.

A young boy, Martin, has a rare genetic disorder that causes him to feel no physical pain. He’s kidnapped by psychologically disturbed killer Graham Sutter, who forces him to bare witness to his killings. For years Sutter carries on without discovery and Martin’s disappearance is never solved. Meanwhile the recently orphaned Alison (Alexandra Daddario) moves in with her uncle (Michael Biehn) and as she struggles to settle in her new home: her only solace is running. During a long distance run Alison passes an old abattoir and spots a boy in the window. The more she sees of this creepy place the more suspicious she grows and when the truth about Sutter and Martin is revealed, Alison must save herself and her family. 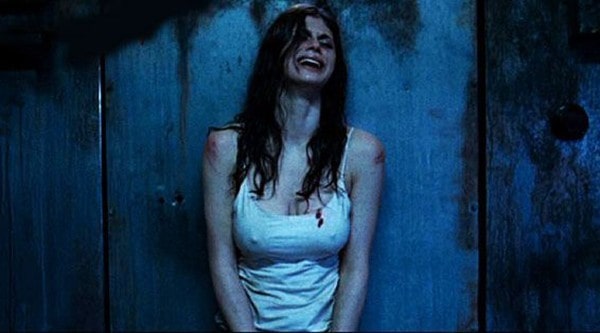 The film plays out fairly slowly, and is a little illogical, but nonetheless there are some interesting ideas in play. Writer/Director Stevan Mena explores the effect of these horrors on the young boy. As Sutter struggles to keep a grasp on reality, haunted by his dead father, we see the effects his disturbed upbringing had on him as he inflicts the same on Martin. In terms of the horror on offer, there’s an abundance of gore to keep genre fans appeased but perhaps too little happens quickly enough to make this fully satisfying, whilst the all too clichéd family drama affecting Alison offers little interest.

Mena’s film looks decent and certainly better than your standard straight-to-video horror flick, though the lack of cheap horror thrills could alienate some viewers who would happily substitute the psychological aspects for a bit more bludgeoning. The cast is decent though. Daddario is effective in the leading role. Michael Biehn is as solid as ever. As Sutter, Brett Rickaby puts his all into the role but occasionally just loses grip and ventures too far over-the-top. John Savage also appears briefly to add some gravitas to something of a needless role.

The intent of Bereavement is admirable, even if the delivery isn’t always where it should be. Ultimately it’s pretty forgettable despite all the technical aspects being very accomplished. Had the film’s middle not become bogged down with passé family drama and been replaced with some more suspense and horror, it could have been more memorable.