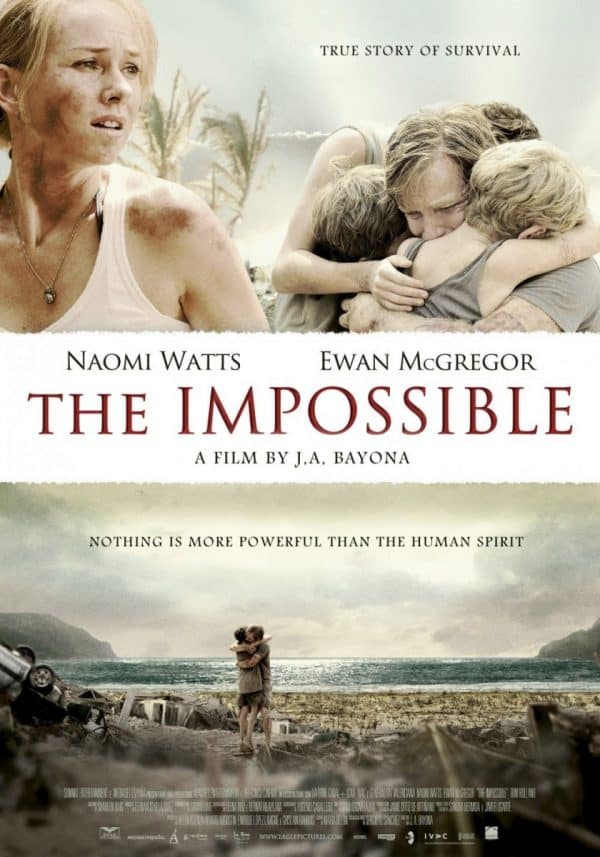 During a holiday in Thailand, a family find themselves caught up in one of the worst natural catastrophes of our time.

As a cinematic achievement, The Impossible does so many things right it’s very hard to fault it. Human tragedy and true story dramas can so often overwhelm their audience in sentimentality and manipulated emotion that the story suffers and we are all-too-aware of the filmmaker’s intent, but in the hands of director Juan Antonio Bayona the audience are sucked into that terrible tsunami in Thailand in 2004 and we never leave until the credits roll.

At a modest €30 million budget, the film uses CGI which is more effective than any $200 million comic book blockbuster and the scale and devastation of what the tsunami caused is recreated as if it were news footage. The tsunami scene leaves you stunned, only imagining what you’d do if you were in the same situation, full of fear despite being safe in your cinema seat. As the lead character, we see Naomi Watts and her son being swept away, literally clinging for life to a tree, and then the real trauma begins; the only scene of 2012 which made me exclaim out loud was when Bayona casually shows the gaping wound in Watts’ leg as if it’s a graze. The revelation could have been so over wrought but the realism is what makes the film such a success throughout. 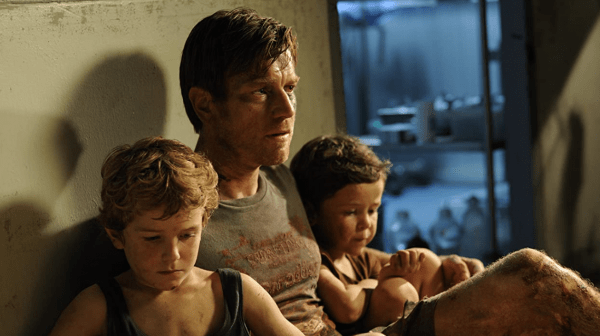 Naomi Watts gives everything she’s got as the mother and is never anything less than captivating in a physical and emotional performance that matches anything on screen in 2012 and is a truly Oscar-worthy in every sense of the term. As her husband, Ewan McGregor displays the kind of acting range he’s shown on too few occasions but he doesn’t put a foot wrong in The Impossible and neither do the child actors who play their three sons. So often a child actor can seriously damage a film’s quality (Looper being a perfect example) but on display here is young talent at its finest.

The simply story of the film (tsunami hits, family separates, family reunites) is another winning element; no sub-plots, no plot twists, no comic relief, no cop-out ending, just a simple story executed perfectly and endlessly watchable with an acting tour-de-force at the centre. It’s hard to find fault with The Impossible and very easy to appreciate the filmmaking prowess. It’s hard to watch at times, but missing it would be the real disaster.