On the 40th anniversary of the martial arts classic, Martin Deer discusses Enter the Dragon… 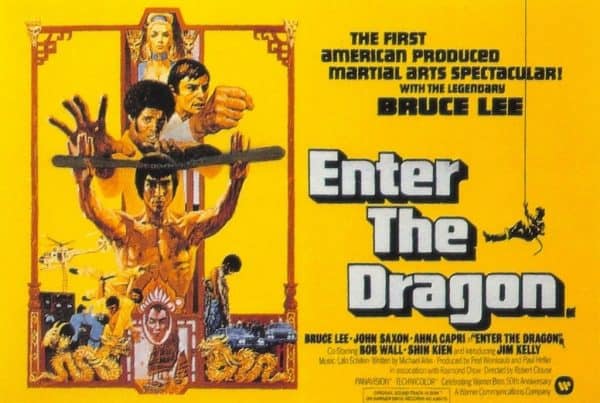 Celebrating its 40th Anniversary today (Friday, July 26th 2013), Enter the Dragon feels not a day old. Perhaps it’s the lightning speed at which Bruce Lee was able to throw a kick or the tight story which stands as solidly today as it did in the 1970s, but Enter the Dragon remains the defining and one of the greatest, if not the greatest, martial arts film committed to celluloid.

It’s hard to imagine a world without Bruce Lee. Back in June 1973 the world was a very different place, and martial arts in the western world was not what it is today. Unfortunately for Bruce, who’s life was dedicated to the art, movies and having an impact on the world, he passed just days before his first Hollywood film and never got to see the cultural impact it would have – which was monumental. 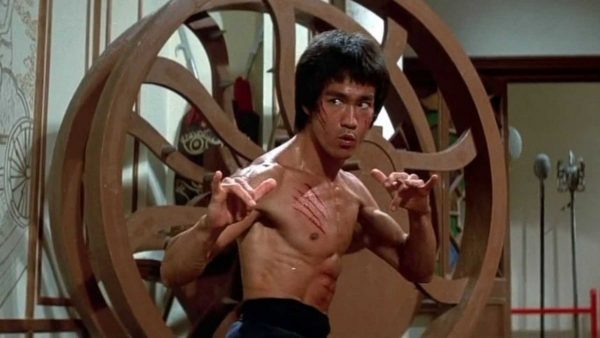 Enter the Dragon utilises pure storytelling to surround the action, giving its protagonist Lee (Bruce Lee), multiple reasons to embark on the martial arts tournament and put himself in danger and a reason for the audience to engage beyond the kicks and punches. Ultimately that’s what we’re there for though, and the abilities on show are second to none. From the Shaolin Temple sparring session – in which Lee is dressed and wearing gloves very similar to today’s Mixed Martial Arts attire – to the incredible final battle involving hundreds of extras, the skills are “extraordinary”.

Enter the Dragon is filled with a charismatic and engaging cast; from acting pro John Saxon as the gambler Roper, Kien Shih as the intimidating Han and Karate expert Jim Lee, for whom Enter the Dragon was only his second movie but certainly not his last, the cast is electrifying. But it is Bruce Lee himself who comes out on top, not just with his martial arts skills but his acting. Acting since he was a child in Hong Kong, Lee’s talents as an actor are often overlooked, but he was a movie star. He had it all, and he brought the screen to life. Enter the Dragon gave him a huge stage, and he owned it. 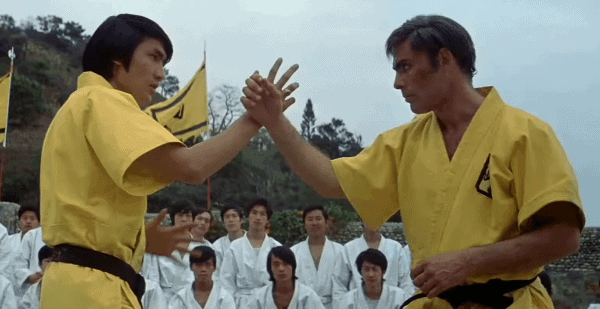 “The battle with the guards was magnificent”. The fight in the underground bunker, in which Lee gets to show off his skills against a crowd is as impressive as they come. And we’re all a sucker for a nunchaku scene. Whilst the underground battle might have been the most impressive skillswise, cinematically the final battle with Han is one of the most visually magnificent scenes we will ever behold; as they make their way through the room of mirrors the imagery is exceptional.

The great thing about Bruce Lee’s films were that, unlike today’s action films, the camera backed away and you could see each and every move, every hit. You could see Lee’s skills on show. No cuts to stunt people or CGI stand-ins. Everything was real and visceral. Which is why to this day Enter the Dragon stands as the pinnacle of the martial arts film. It’s a film that should be celebrated for its brilliance and remembered for the cultural impact it had, which is still being felt. And the fact that we’re all still trying to replicate that back-flip kick.