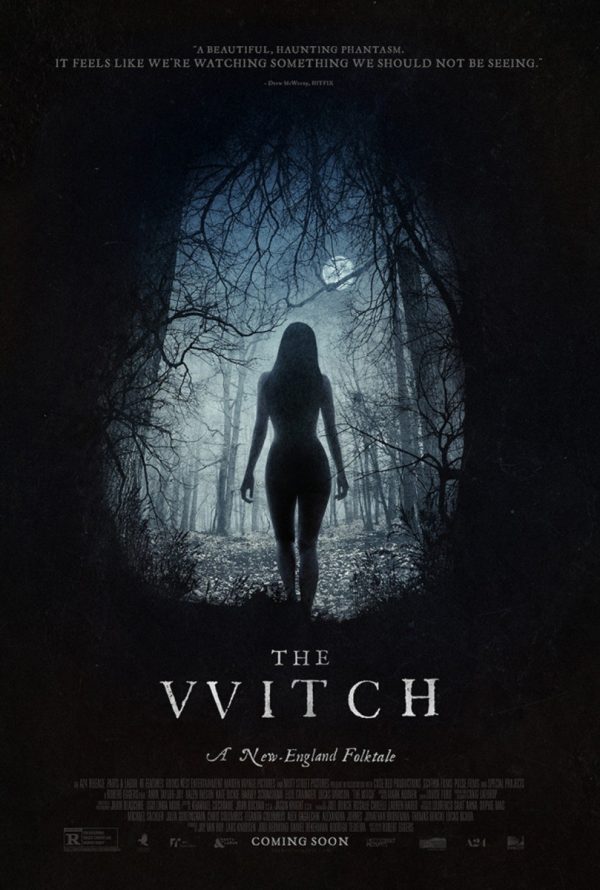 A family in 1630s New England is torn apart by the forces of witchcraft, black magic and possession. 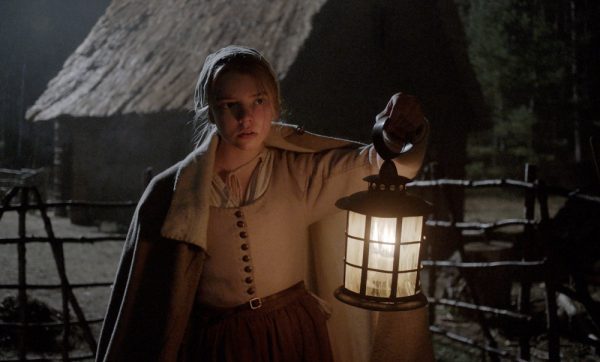 Writer/Director Robert Eggers’ first feature film The Witch has an intriguing effect for a horror film. It is unquestionably atmospheric, unnerving, psychologically complex, and filled to the tipping point with various allegories to 1630s Puritan Bible-thumping and modern-day American lifestyles, but the actual terror doesn’t fully settle in until the credits have rolled and a minute is taken to collect thoughts and reflect on the constant game of cause and effect that basically turns an honorable and well-meaning (even if they are crazy religious zealots) family against each other, leading to mass death and a whole lot of creepy shit going on in the woods.

Even as I sit here writing up this review, I can name five moments off the top of my head that I will never, for as long as I live, forget. They could be genuinely unsettling moments, or something much more sinister fixated on paranoia, or a pitch-black goat (seemingly connected to the devil or witchcraft) standing up on its hind legs. You also do get to see the titular witch, but it should be noted that this is not some slasher film about a disgusting creature living in the woods, her effects are most felt passively as the family turns on one another, claiming each other as having ties to witchcraft and as the one responsible for all of the recent unfortunate tragic events. She’s also pretty gross looking (save for one scene but I don’t want to spoil too much). The Witch is unnerving to your bloodstream all the way to the very core of your heart, as Robert Eggers successfully demonstrates that he understands horror, and how to actually create something of artistic merit from the genre. The Witch essentially feels like Eggers took The Shining (I also believe he has admitted to it being a huge influence on this project), The Crucible, and occasionally The Exorcist and stirred them into a pot. It also feels like The Village if M. Night Shyamalan wasn’t a complete hack and a better filmmaker.

Are parts of it a bit contrived? Absolutely, considering that at one point a newborn baby just ups and disappears while his eldest sister is playing peekaboo with him, but it also adds an aura of mystery to the proceedings. The Witch probably shouldn’t be taken literally, as it does seem to have the intention of playing with your mind and asking you to choose whatever you want to believe happened in some instances, yet it’s those abstract details that pave the way for some very intelligent discussion afterwards. Be prepared that a good amount is left open to interpretation, but also may stir interest in viewers to look up some of the stuff online, as it is rather interesting and grounded in historical context. 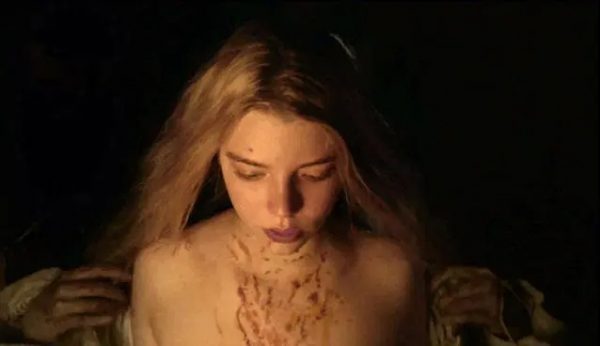 The performances across the board are also astounding, and will hopefully make bigger stars of everyone involved. All of the actors contain the right chemistry balance of resentment and blind love towards both each other and their religion, which they believe has abandoned them. Choosing by choice to live in isolation (the father of the family accepted banishment from local society as punishment for their overly religious ways) only complicate their predicament of distrust, allowing Eggers to hone in on each family member to great detail, yielding developed characters and intense acting. Possessions and rituals are especially horrifying when depicted.

Some viewers may have trouble grasping the outdated English, but it isn’t hard at all to adjust and understand what is being expressed. Perhaps what’s most interesting is that the credits reveal that Eggers has done a great deal of historical research on actual documentations of witchcraft stories and whatnot, which most definitely shows as the sensation of impending doom lurks around the corner constantly with disturbing authenticity . Also heightening the atmosphere are some highly detailed period piece wardrobes, and a genuinely spooky setting surrounded by the words. Mostly being shot at nighttime certainly adds to the dread. 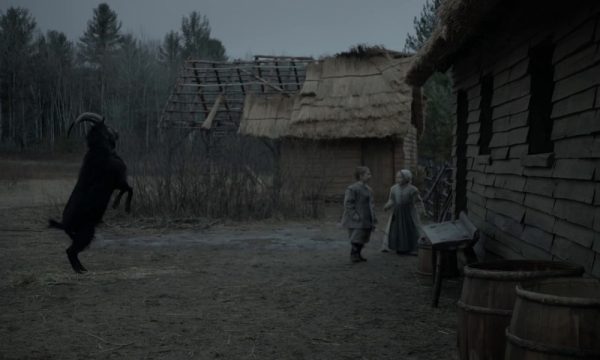 Sadly, The Witch probably will not find success among general audiences (A24 has actually distributed the movie as a wide release here in America) because modern horror going audiences are now conditioned to shriek at jump scares and other buffoonery; scary films that make you unintentionally laugh more than anything. Even with its broad strokes of terror and unforgettable moments, the film will be definitely paced far too slow for anyone expecting the in-your-face approach. However, anyone looking for a slow burn that builds to a devastatingly shocking conclusion should step right up. Don’t be surprised if The Witch winds up being the best horror film of 2016.