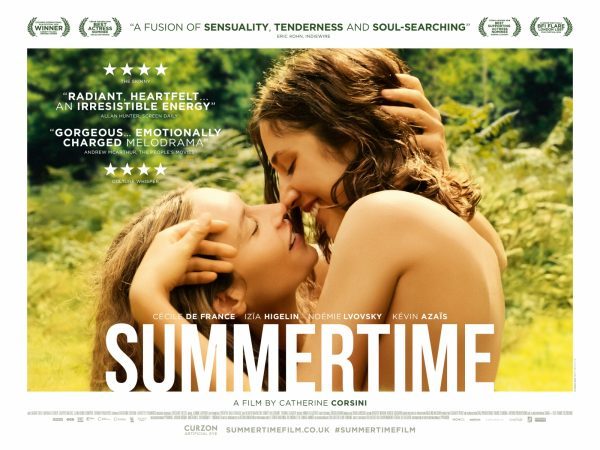 Facing an uncertain future working on the family farm, Delphine (Izia Higelin) moves to Paris, where she falls in with a group of radical feminists.  She’s attracted to one of its leaders, the older Carole (Cecile de France) but her advances are rejected.  Over time, however, they grow closer, become lovers and Carole leaves her husband, but then Delphine’s former life pulls her back to the farm.  Her father is seriously ill and she has to take over the family business.  Carole follows her there, but now they’re in a different world.

Translating film titles is a fine art: literal meaning is just the start.  It needs to capture the spirit of the movie so whoever was behind Summertime gets a technical ten out of ten (its French title is La Belle Saison) but scores low on interpretation. Any inference of beauty in the original French has vanished, as has the impossibility of the film’s story taking place at any other time.

And that story is all about the relationship between Delphine and Carole.  The setting is the early 70s, a world of far away attitudes yet with social issues that sound remarkably contemporary.  The feminist group the two belong to debate them vigorously – equal pay for equal work, a woman’s right to control her own body.  Equality and freedom are their main mantras, which is why they liberate the cousin of another member from an asylum.  He’s been locked up there and drugged up to the eyeballs because his gay, yet his sexuality is hardly discussed. 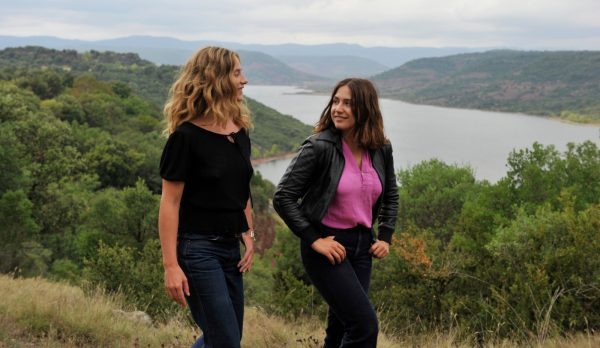 It’s another reflection of the 70s, when the word “gay” was only starting to acquire its present day meaning.  Homosexuality, male or female, was still regarded with suspicion and disapproval in the city, yet the group seems to shy away from the subject, compared to their other, more outspoken views.  And, away from the big city, being gay is treated with even more antipathy.  “Disgusting” and “perverted” sum it up.

Delphine’s resilient mother, Monique, represents the countryside attitudes and Noemie Lvovsky is excellent in the role, traditional in outlook, astonished that anybody would admire her for running the farm single handed, but full of ill-disguised rage when she discovers the truth about Carole’s relationship with her daughter.  Yet she still defends Delphine, adamant that the situation is all the making of the corrupting, older woman.  Having lost her husband, through no fault of her own, she’s not going to lose her daughter if she can help it.

The relationship between the two lovers is the main focus of the film, yet its real passion comes in the scenes with the feminist group, who disrupt, demonstrate and create chaos.  By comparison, the love story is cooler and feels unexpectedly distant.  There’s more intensity among the people around them: Monique, of course, and Manuel (Benjamin Bellecour), Carole’s husband, who tries to understand his wife’s infidelity, but ultimately can no longer share a bed with her.  And there’s Antoine (Kevin Azais), Delphine’s childhood friend who her parents assumed would become her husband.  He sees the two women together, is heartbroken but still keeps their secret.

For a film that should be intense and heated, it somehow never quite gets there.  Maybe that’s because it’s transparently clear that the differences between the two women are too wide and too deep to be reconciled.  They’ll leave scars on each other, they’ll affect each other’s lives deeply but they’ll never be together, no matter how hard they try.  It’s not tragic, just inevitable that their love runs its course.