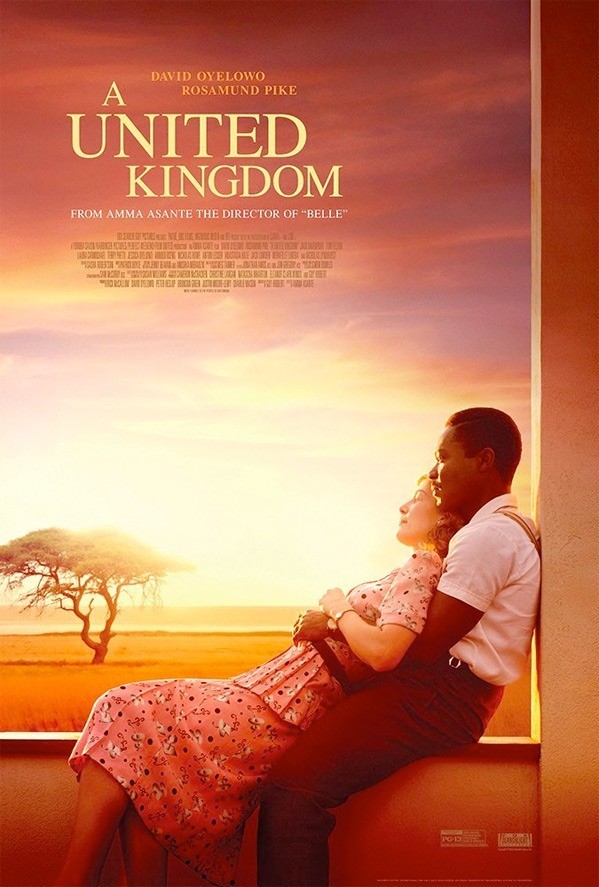 In the late 1940s, Prince Seretse Khama (David Oyelowo) of Bechuanaland (later to become Botswana) is studying in London when he meets and falls in love with Ruth Williams (Rosamund Pike).  Despite opposition from their families and the British government, they marry and return to his homeland.  Once there, they struggle to have their relationship accepted by his people and find themselves caught up in the political fight for his succession to the throne and the country’s independence. 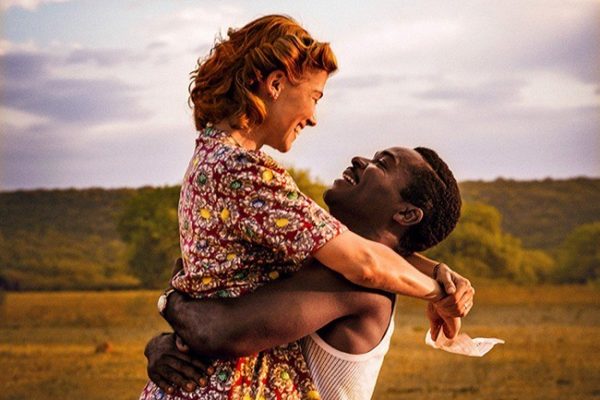 After strong women last year, the BFI has chosen diversity as the theme for its 60th London Film Festival. And it’s proclaimed loud and proud by its opener, A United Kingdom, a film with a real-life interracial relationship at its heart.

But if it hadn’t been chosen to open proceedings, fitting the film into one of the festival’s strands would have been no easy task.  Love would be the obvious choice.  It’s a genuine love story, not just a romance, but the story of how Seretse Khama and Ruth Willliam’s relationship did more than just change their own lives.  But what about Debate?  The rise of Apartheid in neighbouring South Africa and its influence on Bechuanaland, colonialism, political racism ….. they all play their part.  You could even make a case for Journey, as Seretse’s people start the move towards independence from the remains of the British Empire.  It’s also a piece of modern history, a political story.  A film, ultimately, that doesn’t fit into any neat little box, because the ripples from its story are never-ending. 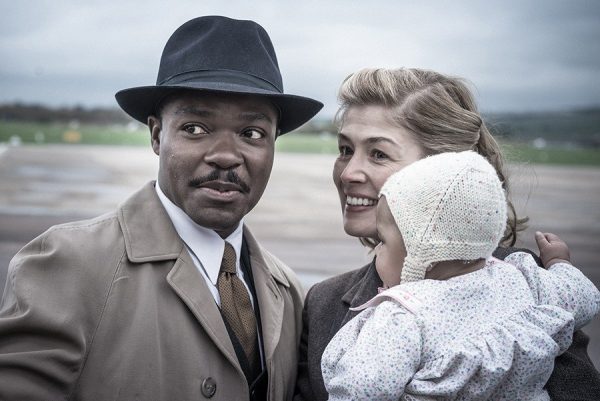 The couple met in 1947 and, while it’s never mentioned, that was the year when India won its independence from the British.  No wonder, then, that the government tried to prevent them getting married just a year later.  At the time, Seretse Khama was in London as Bechuanaland’s king in waiting and his country was a British protectorate, with a ruler who was little more than a figurehead.  The British called the shots and were trying to hold on to what was left of its territories – and keep neighbouring South Africa happy.  A South Africa in the throes of introducing Apartheid, which had also spread over the border, much to Ruth’s horror when she first arrives in Bechuanaland and sees a “whites only” sign on the hotel.  And the fact that Seretse has, to use his own words, “a special dispensation for kings” is neither here nor there.  There’s more about this in our special report from the film’s press conference.

Amma Asante has directed a balancing act, especially when it comes to racism.  It would have been all too easy to concentrate on Khama’s battle with the British government, especially when they deal him the hammer blow of exile from his country.  But the attitudes of his people to the prospect of a white queen are just as important and given equal screen time.  The subject is treated with skill and sensitivity and helped hugely by the central performances from Oyelowo and Pike, who are excellent individually and together.  You buy into them from the moment you meet them and they meet each other. 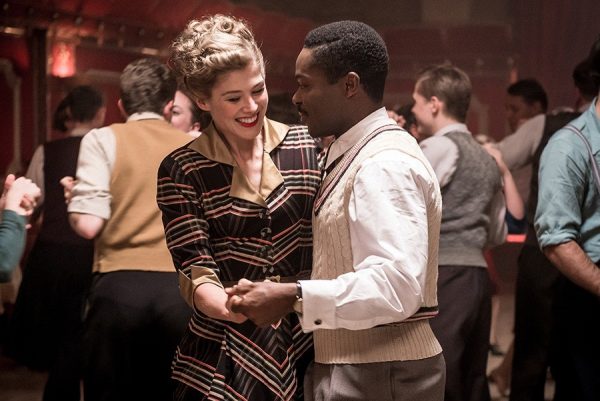 The film can’t resist the occasional cliché – Jack Davenport’s fictional and slippery diplomat is too close to a pantomime villain for comfort, there’s the mandatory, sweeping African landscapes, complete with galloping giraffe, and it always, but always, rains in London.  And when it doesn’t, it’s foggy.  But they don’t undermine its powerful emotional pull.  Like last year’s LFF opener, Suffragette, it’s story that doesn’t just deserve to be told, but needs to be told, especially to a whole new generation who’ve probably never heard it before.