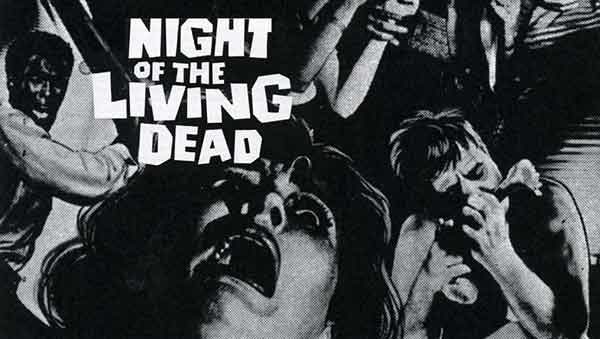 Barbara and her brother Johnny are visiting their mother’s grave when the two are attacked by deranged assailants and Johnny is killed. Barbara manages to escape to a seemingly abandoned farmhouse, whereupon she is joined by fellow survivors as they come to terms with the fact that they are under attack from the walking dead. Plans are made and tensions flare as the survivors struggle to work together as the hungry masses gather outside, eager to feast upon the occupants inside. 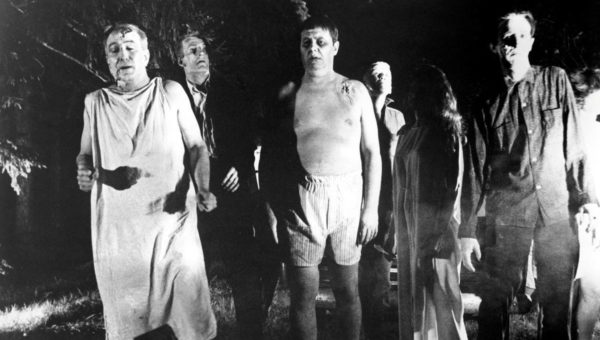 This is the film that arguably created the modern cinematic depiction of the zombie. It created the now tried and tested plot of survivors under siege, with the flesh-hungry hordes beating at the doors eager to feast upon them. Without this film, you would not have video games like Resident Evil, films like Shaun of the Dead, or the television behemoth that is The Walking Dead.

I am of course talking about the 1968 classic Night of the Living Dead brought to us from the “Godfather of the Zombies” himself, writer/director George A Romero.

The film, like many of Romero’s later zombie works, is often discussed in the context that the chaos of the zombie uprising is meant as some form of social commentary. Given that the hero of the piece is an African American, a casting choice almost unheard of in a horror film at the time, many view the film as some kind of statement on the civil rights movement which suffered the death of Martin Luther King the year in which the film was released. The belief that the film is meant as a discussion of race and racism is certainly plausible, especially when it reaches its now infamously bleak ending. 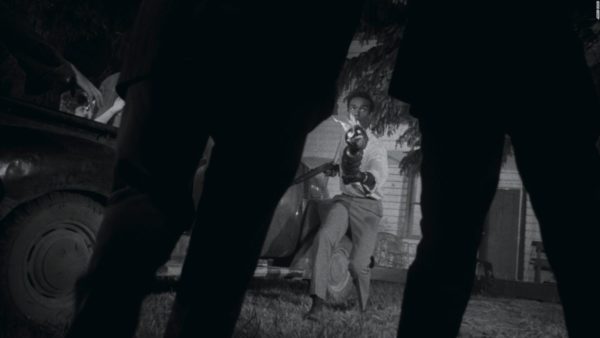 I hope I’m not being overzealous in my review when I say this: I fucking love this film. It’s a great slice of 1960s drive-in horror and it has become something of a yearly tradition for me to stick the film on and just revel in the gory mayhem like a psychotic maniac.

Slightly more, shall we say, snobbish film viewers will appreciate the social commentary that the film attempts to make about racism and civil rights. However that’s not what makes the film great fun to watch. It’s the inventively gruesome special effects, the wonky acting from the film’s amateur cast, the gritty low-budget visuals and of course some truly freaky moments such as the notorious child zombie scene, accompanied by some eerie-sounding squealing.

Now is the film a masterpiece? Of course it isn’t. The pace can become extremely slow at times, to the point of being glacial which could make some people feel somewhat bored, perhaps to the point of switching off before the end credits roll. 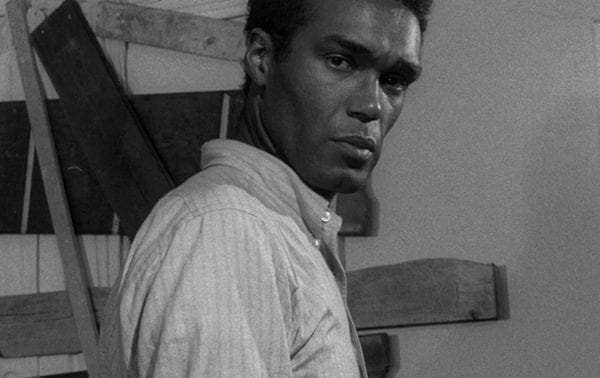 The acting from the cast varies wildly from member to member.  Lead actor Duane Jones as the heroic Ben is probably the best actor in the film, coming off as likeable and heroic yet human, as we see the fear of this truly nightmarish situation slowly overwhelm him.

The rest of the cast though are quite bad, often spouting off stuff you would expect from a 1950s/60s B-movie. Also, people are bound to be annoyed by the arguably sexist portrayal of Barbara, who enters the film as seemingly a would-be heroine, only to be reduced to an annoying blithering wreck who just sits there being useless for the much of the runtime.

Despite these numerous and often glaring problems, Night of the Living Dead is still a great film in my eyes. It’s the perfect sort of film to sit and watch either by yourself or with your friends laughing at the wonky acting and amateur feel of the whole production. It’s just a great film to have a good time with and it’s certainly, in my view, the perfect film to kick off the Halloween season. 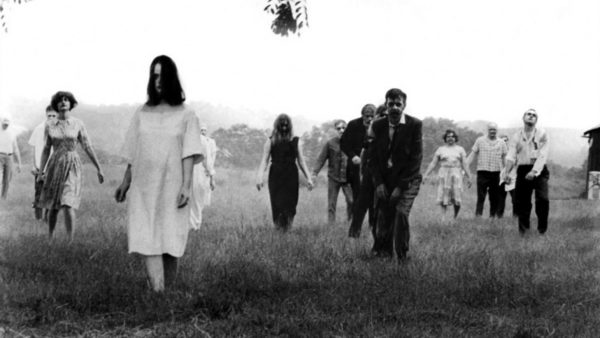 Check it out if you wish on YouTube (the film is public domain, so hooray – free film!) and you will surely enjoy the humble beginnings of the now unstoppable shuffling march of the walking dead.