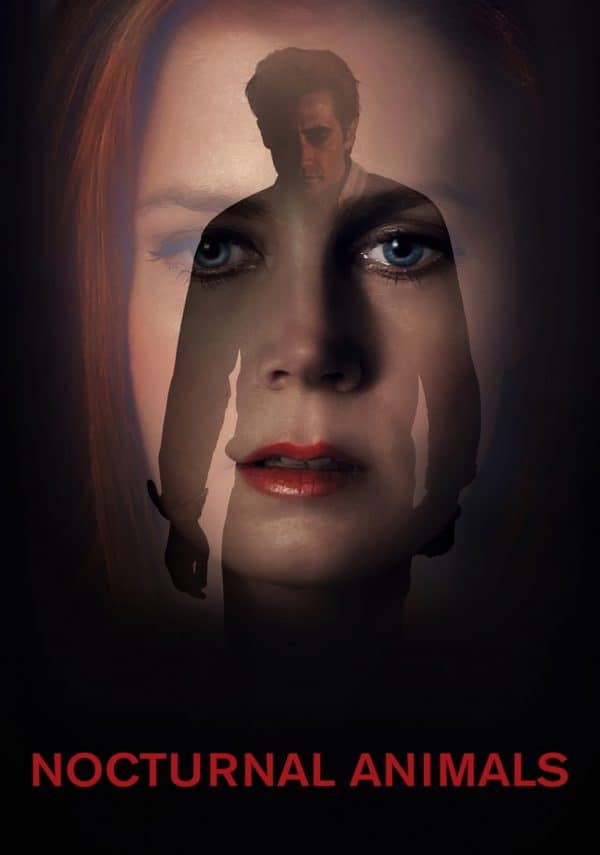 An art gallery owner is haunted by her ex-husband’s novel, a violent thriller she interprets as a veiled threat and a symbolic revenge tale. 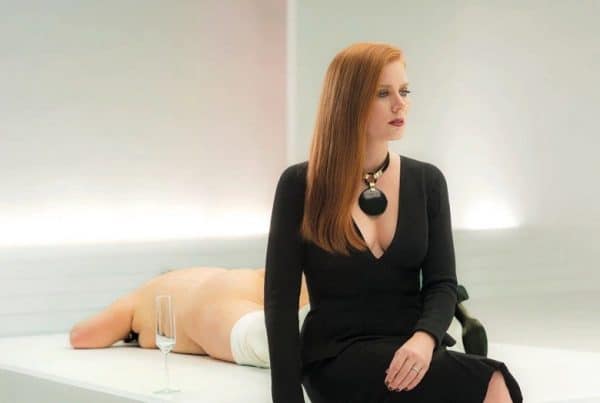 There’s a reason Stephen King is arguably the most revered and famous writer of horror and thriller non-fiction stories; his tales are largely inspired by past trauma and real-life experiences. That’s not to say writer and director (and fashion designer) Tom Ford (A Single Man) had Mr. King on his mind when crafting the complicated yet ultimately fascinating psychological thriller, Nocturnal Animals, but the one constant theme throughout the artistic endeavor seems to be that the strongest, most gripping form of storytelling comes from the real world and/or emotional pain.

For some perspective, Nocturnal Animals plays out in three different areas; the past, the present, and the largest portion of the film, which is the visual imaginings by Susan (an unhappy, beautiful woman working in the art gallery industry and played by the always exceptional Amy Adams) of a novel written and dedicated to her by ex-husband (played by Jake Gyllenhaal, however I will discuss his dual roles later in more detail) that is a metaphor for the demise of their relationship. Just exactly what the novel symbolizes is open to interpretation (as is the ending), but that’s what elevates the movie from your standard revenge tale (the novel depicts a family vacation gone horribly wrong) into a gripping character study that will leave audiences analyzing and conjuring up different theories long after the credits roll. Personally, it is one of few films from 2016 (and the list is at 160 now) that I wish I could have immediately watched again from the beginning once it ended. Nocturnal Animals is that rare diamond that will assuredly have watchers finding little new details that could dramatically shift their perception of the story with every additional viewing.

To be honest, it was a foregone conclusion that I would find at the very least, a moderate degree of enjoyment from the experience considering the ensemble cast featuring Jake Gyllenhaal, Amy Adams, and Michael Shannon at the forefront. Seriously, those are three of the greatest actors working today, so when you put all of them together in the same movie, well the script could have been total crap and elevated by them. I would go out of my way to write a review of Michael Shannon chewing bubblegum in a commercial if such an amazing thing ever existed. However, in a film full of praise-worthy performances, it’s Aaron Taylor-Johnson as the show-stealing surprise playing a belligerent, borderline psychopathic redneck to scenery chewing perfection, standing mightily alongside the already impressive pedigree of talent. Not only is he memorably enigmatic at terrorizing the aforementioned family vacation, but even the fact that his character is a hick plays into some deeper themes regarding Susan’s family.

The novel Edward writes, which sees him represented in the story as family father Tom (both played by Jake Gyllenhaal) is both an expression of losing who he loves and also an intricate look at how Susan sent their marriage crumbling. The most obvious example would be the protagonist in the novel being mentally weak, which is something that Susan’s mother always criticized Edward for being. Further examination shows many details of different events and characters reflecting Susan’s personality, allowing the novel to take on multiple meanings. Again, even though the core of Nocturnal Animals is a simple story of revenge, it’s the story on the outside that provides the depth. 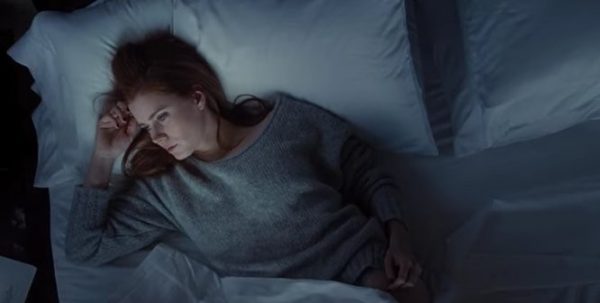 Stylistically, the film is wonderful to look at considering Tom Ford is a fashion design. The lavish lifestyle that Susan lives is brought to life with various art exhibits and paintings, along with vibrantly colorful costume design and jewelry that pops on-screen. The contrast of these luxuries to the novel’s atmosphere, which largely takes place surrounded by deserts and rural areas, allow Ford to showcase a wide range of cinematography techniques and different shot compositions. He even hypnotically transitions the film between past/present/novel with flair, while most importantly always keeping it obvious where we are in the overall story. There are also numerous artistic touches allowing viewers to delve into Susan’s emotional state of mind while reading this novel that is certainly affecting her in mixed reactions.

Nocturnal Animals admittedly isn’t for everyone. As a matter of fact, a whole bunch of people will probably walk out of the film during the opening credits rather than stick out the possibly uncomfortable and awkward art exhibit, looking for the purpose behind it. It’s a challenging view that demands its audience to ask questions and to reach their own conclusions, but those that accept will find one of the most rewarding experiences of 2016. Putting it bluntly, this is one highbrow yet twisted tale of love and revenge with a loaded cast on their A-game.