In the near future, Major is the first of her kind: A human saved from a terrible crash, who is cyber-enhanced to be a perfect soldier devoted to stopping the world’s most dangerous criminals. 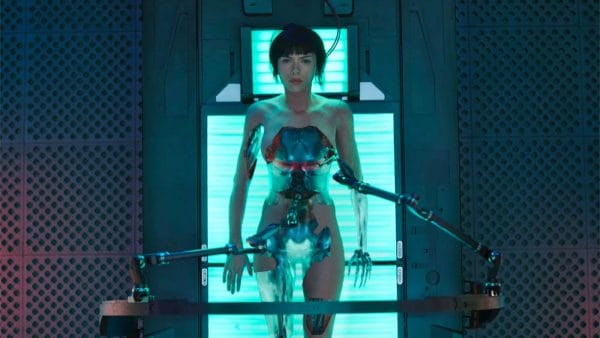 The live-action adaptation of 1995’s ground-breaking anime Ghost in the Shell arrives on a tidal wave of controversy; fans are well aware of the concessions that come with adapting Japanimation into a $110 million 12A-rated movie, and that says nothing of the perceived “whitewashing” outrage regarding Scarlett Johansson’s casting as a character who was Asian in the source material.

Though the hardcore faithful are likely to nitpick it to death regardless, it’s an unexpected pleasure to report that Hollywood’s Ghost in the Shell gets much more right than it does wrong, delivering a streamlined – yet paradoxically, almost half-hour longer – iteration that encapsulates the anime’s core ethos while lavishly translating its oft-homaged style to a new medium.

Mira Killian aka The Major (Johansson) is a counter-terrorism officer with a difference; while in this tech-infused future over two-thirds of humans are bionically enhanced, Mira is the first human to have her brain inserted into an entirely artificial “shell”, following a terrible accident that destroyed her physical body. When a dangerous hacker, Kuze (Michael Pitt), stages a series of attacks against Hanka Robotics, it’s up to Mira to get to the bottom of it. 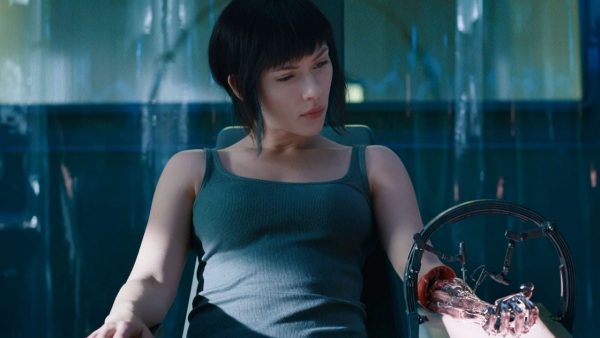 Neither a slavishly faithful reprise of the 1995 movie nor markedly divergent, the screenplay keeps the, ahem, shell of tale in tact, though splinters off to include elements from the wider Ghost in the Shell mythos, and perhaps most surprisingly of all, actually tackles the racial casting controversy head-on, in a manner that’s likely to heavily divide audiences. Some may find this approach quirky and novel, while others are likely to deem it obnoxiously self-aware of its refusal to cast an Asian actress as an Asian character.

In pure cinematic terms, the fan-service component is strong here, however; numerous unforgettable moments from the anime – especially the Major’s battle against a spider-tank – are exceptionally recreated, thanks to Rupert Sanders’ (Snow White and the Huntsman) sharp eye for framing, Jess Hall’s tantalising cinematography, and a neon-infused blast of visual effects that make it difficult to imagine a more stylistically audacious stab at such greatly heightened material. That’s not to forget a majestically captivating score from Clint Mansell and Lorne Balfe.

But doesn’t that 12A rating make it all feel too meek and mild? Honestly, not really. If you’ve had some critical distance from the 1995 movie, it’s actually not as graphic as you probably remember; the implied nudity of the Major’s skin-tight suit in the original always felt like a needlessly fetishistic sexualisation that added very little to the plot or character, and aside from a few gory explosions, it’s really not explicit at all. All things considered, the 12A rating was a smart move as it allowed Sanders and co. to pour more money into making the movie look as fantastic as it does, and upping it to a 15 likely wouldn’t have resulted in a better film (plus, it’s hard to imagine Johansson wanting to run around with her nipples poking out for 107 minutes). 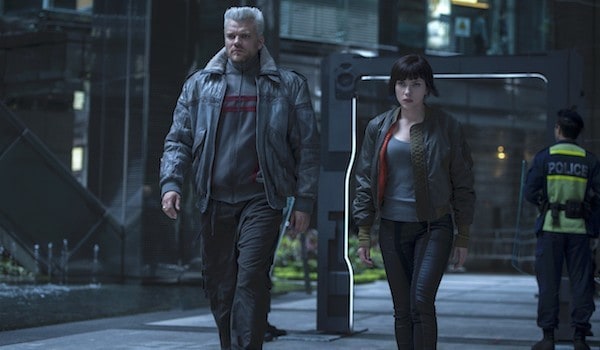 Where the film truly feels more neutered than the original is its themes; yes, the existential, philosophical content remains – and in one curious subplot, is reconfigured in an unexpected way – but the meditative chit-chat is trimmed way down for the sake of a mass consumption product, and it’ll be immediately noticeable to fans of the original. It is in no way a deal-breaker for all but the most devout fans, but the line of compromise is very clearly drawn.

Still, the Major is a largely compelling protagonist thanks to Scarlett Johansson’s typically strong performance, vacillating between a detached, sub-human calm and the unstoppable focus of the killing machine she absolutely is. There will be debates until the end of time about whether or not an Asian actress could’ve done the part better justice, but Johansson makes good on a role she could’ve easily sleepwalked through with minimal effort. Thankfully, that’s not the case at all.

The supporting cast is also an embarrassment of riches, with Pilou Asbæk proving the easy stand-out, giving an amusingly, faithfully brash performance as the Major’s pal Batou, while Michael Pitt is also a ton of fun as Kuze, the mysterious hacker who holds the key to unlocking her past. Also, Juliette Binoche isn’t merely here for an easy payday, but as the Major’s creator, Dr. Ouélet, brings a welcome dose of humanity to a film that spends so much of its time questioning the nature of it. 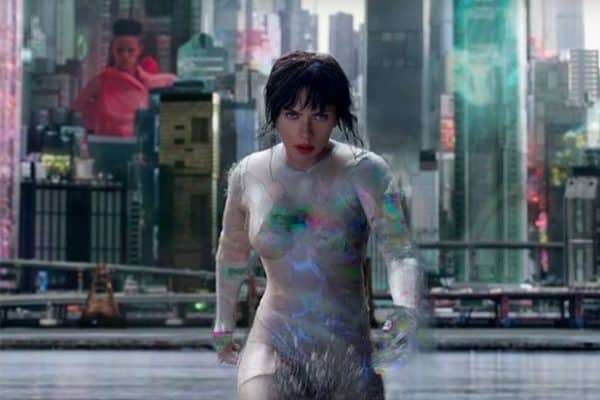 Ghost in the Shell is a faithful enough adaptation that also bring some new ideas to the table, some of which are actually brilliant and would’ve slotted perfectly into the original anime. However, not everything new totally works; the ending is reconfigured somewhat for the sake of less-awkward franchise potential, and while understandable, somewhat hews away from the beguiling, affecting quality of the original’s final scene.

No, it’s not the disaster fans may have been expecting – and let’s be honest, some wanted it to be – and in fact often a very good film, steeped in a ludicrously high production quality and bevy of talented performers, even if hardly anyone will be deeming it superior to the original.