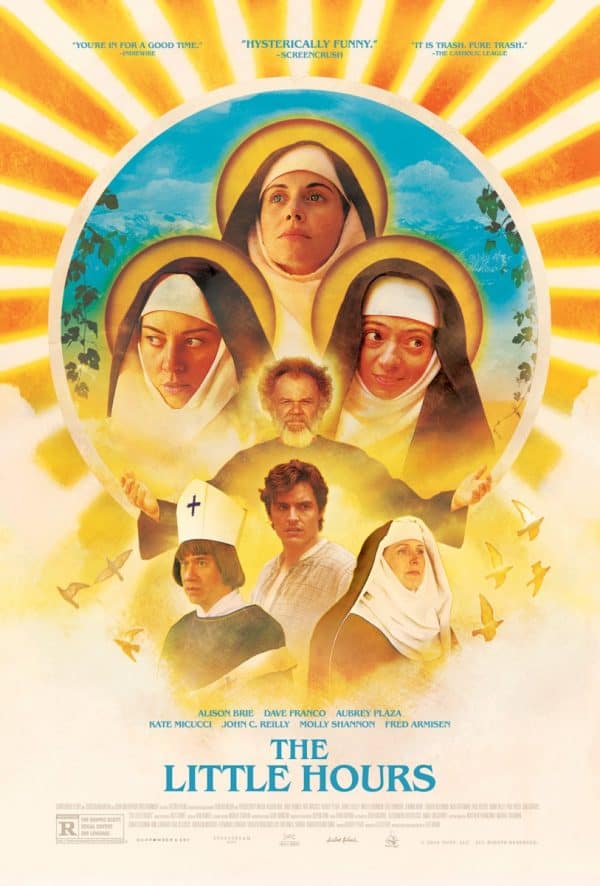 A young servant fleeing from his master takes refuge at a convent full of emotionally unstable nuns in the Middle Ages. 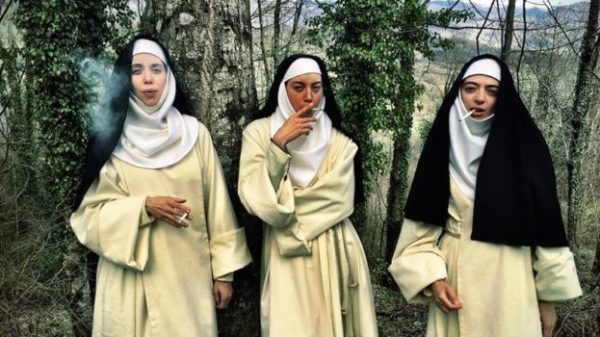 For his third feature, writer/director Jeff Baena (Life After Beth, Joshy) has concocted a type of comedy largely missing from the genre’s modern-day state, which is essentially plopping current day lexicons, attitudes, and personalities into a historical setting, specifically here an Italian convent (the movie was actually filmed on-location in Tuscany) somewhere during the 1300s. Not only does such a premise offer up a number of humorous scenarios regardless of variables such as who and where, it allows any feature that chooses this route to present relevant thematic undertones (beneath the juvenile and crude interactions) by combining past and present.

The Little Hours (loosely adapted from a story in The Decameron) succeeds more often than not in this department, taking sheltered, isolated nuns (that in theory should be angelic souls full of purity and kindness) and flipping the script on them to portray each of the three women (the trio is made up of notable female comedic actors Alison Brie, Aubrey Plaza, and Kate Micucci) as troubled in some way. Anyone that has ever seen Aubrey Plaza act in a movie before will recognize her doing her over-the-top aggressive and antagonistic super bitch routine as Fernanda, while Alison Brie is the hopeless romantic Alessandra waiting for her father to find a suitable husband and take her away from the convent. Meanwhile, Kate Micucci’s Genevra is the wild and crazy one that is also uncertain of her sexuality. She also gets by far some of the most outlandish material to work with, especially during the ‘good luck believing what you’re seeing’ climax. 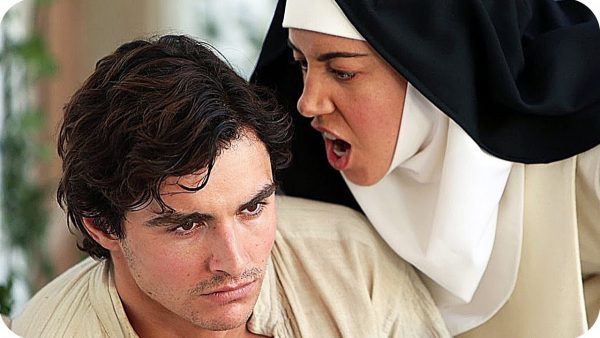 Their boring and monotonous life is thrown for a loop when Dave Franco arrives as the new day laborer Massetto, having been kicked out of living in a fancy medieval castle for sleeping with the king’s horny wife. She is that way because Nick Offerman’s Lord Bruno is basically a super-exaggerated version of the ruler of the Iron Throne on Game of Thrones; he is under the suspicion that all rivals are out to get him, and generally gets some of the film’s most ridiculous lines. So the convent’s priest played by John C. Reilly gives him the position under the condition that he fakes being deaf, otherwise, the nuns will physically and verbally abusive just for simply saying “hi” or looking in their direction.

However, his charming good looks and goofy smile are enough to stop the hate and stir a sexual rebellion from repression as the three women slowly turn on one another hoping to have Massetto. It’s also hilarious watching Dave Franco communicate as a mute during the many bizarre situations he finds himself in. Contrary to what may seem like popular belief at this point, he is not a lucky man; the nuns will use everything from sex to witchcraft to betrayal just to have him, as The Little Hours continuously gets more raunchy and insane by the minute. And that’s pretty fast considering the movie is only 85 minutes. It’s also a blessing that the movie has a brisk running time, as it ensures the concept of nuns being as foul and obscene as possible doesn’t overstay its welcome. 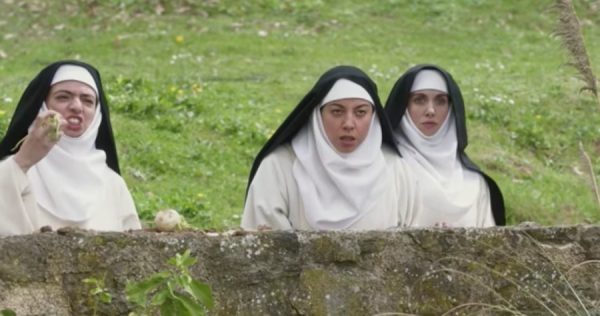 With that said, The Little Hours is definitely a divisive comedy; I’m still not even sure how much I liked it. The film has more on its mind than being as crude as possible, which quite frankly came as a shock, but the ending scene proves it. It’s about that slow drive to the brink of madness from a long overdue sexual awakening, as evident during scenes where the trio of nuns get drunk off sacred wine and make out with each other. The thematic beats do come at the cost of some comedy though; there is a surprising amount of dead air in the film, or possibly Jeff Baena just unsure of how to get the most from each sordid moment.

Still, The Little Hours is quite the comedic experience, as the overall structure and tone are well executed. It also pleasantly feels like a stage play, as the film is limited to only a few locales. Even though the film doesn’t quite bite as savagely into the beliefs the story is picking a fight with, it’s hard not to laugh at all the debauchery that goes on. By the time Fred Armisen’s Bishop is reading off all of the sins the three nuns have committed, shock fades away as how crazy what the fuck happened for 85 minutes sinks in.