With just two weeks to go until the world gets its hands on Volition’s Agents of Mayhem, we decided to take a look at some of the most insane features we have experienced so far in its spiritual predecessor: Saints Row. Agents of Mayhem looks to continue the trend of causing uproarious chaos, by bringing a whole new barmy arsenal to the fore. Showcasing weapons such as Yeti’s ‘Cold Gun’, aka the Icethrower, and Hardtack’s Teleharpoon, all the way to where true mayhem lies: Gremlin Tech.

Craftable Gremlin goodies like the Cabbit Bomb – the Cabbit being a recurring Easter egg throughout the Saints Row series, first appearing in Volition’s debut RPG Summoner – which turns your enemies into cuddly lil’ Cabbits and then explode on contact. It doesn’t end there, folks! These Cabbits make like rabbits, as those in contact to the explosion also become Cabbits…Another fun experiment is the Gutterball gun, which sends a great whacking boulder toward enemies and off into the city of Seoul.

It’s safe to say that the spirit of Saints Row is truly alive and kicking in Agents of Mayhem. So, before you go and paint the city purple, let’s take a look at ten of the wackiest weapons we have seen from the Saints Row series so far:

First up, pardon the pun, is ‘The Penetrator’ – “The absurdity of a sex toy with the lethality of a baseball bat.” 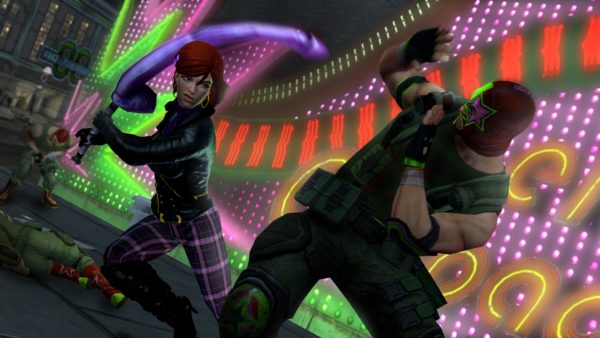 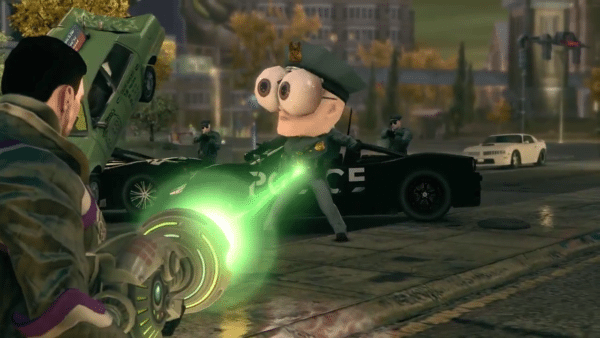 So, you remember Bloaty Head syndrome from Theme Hospital? Well, now you can inflict this upon unsuspecting enemies, resulting in a rather messy explosion as they over inflate…Joining the Row in Saints Row IV, the Inflato-Ray stands as the only ‘shotgun’ which can be used while driving, ‘I’m sorry, officer – their eyes must have just popped out of their heads in sheer awe of my spectacular driving skills, sir.’

Get your groove on with the Dubstep Gun – “It’s a party in a gun! Make the world dance to your beat and fear the power of your wubs!” 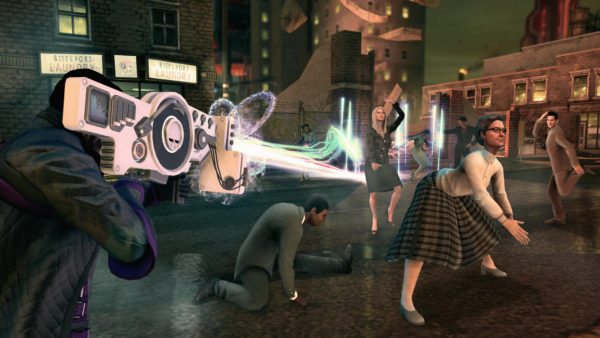 Dance, Steelport, dance! Saints Row IV‘s Dubstep Gun is a pulsating, energy weapon driven by the wub wubbing Dubstep beat that bursts forth, inducing uncontrollable dancing and permanently stopping hearts. There are some serious customisation options for the Dubstep Gun to meet all your genre needs – from default options such as Popstar or Industrial, to those included in DLC. The DLC Remix edition wields: Classical, Oktoberfest, Death Metal, and Swingtime, enabling you to Ride of the Valkyries, oompah, headbang, or jazz hands people into the next life. Let’s not forget the festive edition obtained with How the Saints Save Christmas – bring some festive cheer to those on the nice list and eliminate those on your naughty list by putting some jingle in their bells. 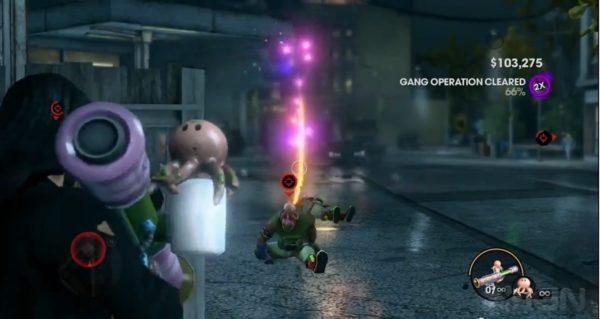 This list wouldn’t be complete without something from the twisted mind of Professor Genki now, would it? Originally part of Saints Row: The Third‘s  ‘Professor Genki’s Hyper Ordinary Pre-Order Pack’, it’s now accessible to all in the Funtime! Pack. What’s not to love about flinging octopodes at a gang of enemies heads? Aside from feeling slightly sorry for the little guys as they squeal in your ear, “Don’t do that to me, nooo” or, “I’m so sorry”, these Genki creations soon reveal their full potential. As they plop down onto your targets, ‘Ethical!’ flashes up – as seen in Professor Genki’s Super Ethical Reality Climax missions – and the mind control begins…Your target surrenders to the power of dance and then becomes an ally – until BOOM! you detonate the little fella to devastating effect.