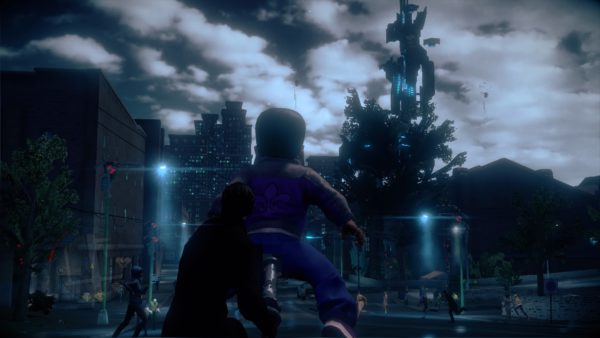 What dreams are made of – “Take a seat and watch the mayhem explode with dual-miniguns and heat seeking missiles.” 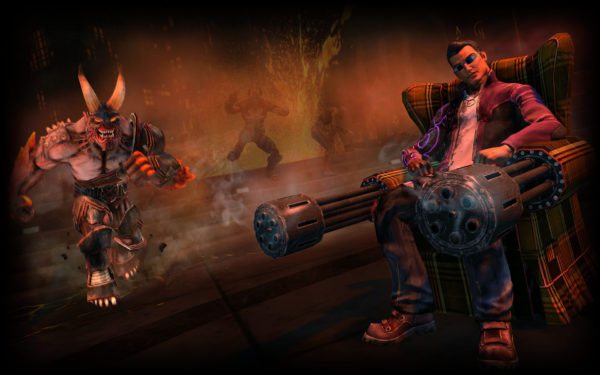 Gat Outta Hell has its fair share of barmy weapons, and those modelled on the seven deadly sins are the best of all – Pride, Envy, Gluttony, Greed, Sloth, Wrath, and Lust. Representing the deadly sin, Sloth, Armchair-A-Geddon is the embodiment of the Saints Row ethos, as you sit back, relax, and watch Armageddon from the comfort of your armchair. Effortlessly traversing the environment in your plaid butt rest, you barely need to lift a finger in Gat Outta Hell as you inflict devastation with minigun arm rests and rockets. 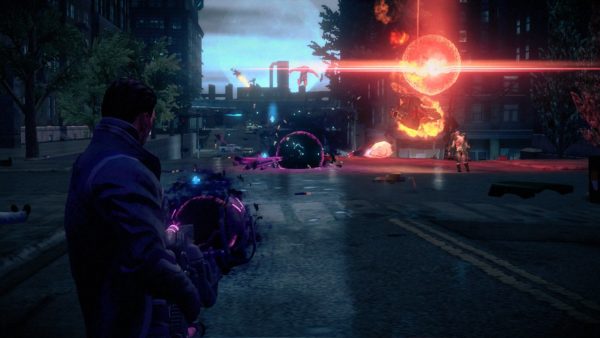 An absurdly powerful weapon from Saints Row IV which allows you to contain and unleash the dark matter of black holes. Once fired, its gravitational pull has a large range of AoE (area of effect) damage by sucking your enemies in to the abyss, along with half the street, never to be seen again…Hey guys, this must really suck for you right now, huh? Guys…?

Get your Sharknado on with the Shark-O-Matic – “Avast! There be nothin’ like shootin’ lubbers with fish guts to lure the elusive Steelport Sewer Shark. Yarrr!” 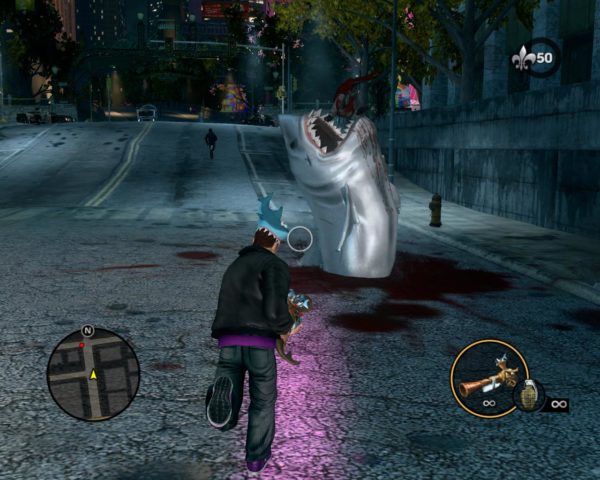 Obtained in Saints Row: The Third‘s Shark Attack Pack, this piratical blunderbuss is filled to the brim with chum, primed to subject your targets to a sticky death by choking on fish guts, right? Fire away! Wait, what’s that sound? Huh. So, uh, the fabled Steelport Sewer Shark just rose from the ground and devoured the target…Well, I guess he bit off more than he could chew, eh?

Aliens – “Give your foes a close encounter. Also works on cows.” 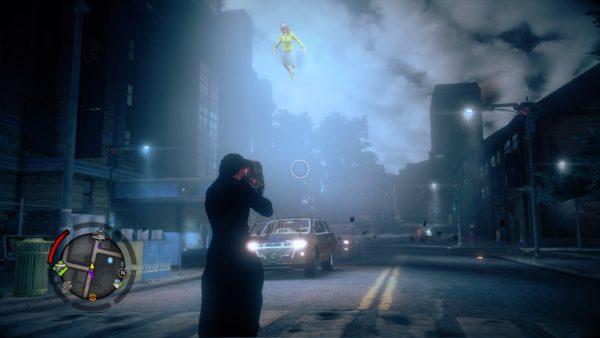 Another sucker of a weapon is Saints Row IV‘s Abduct-O-Matic. Observe, as people ascend to new heights, risen up into the beam of a UFO until they are summarily eliminated and plummet back to earth. Great for groups, a real team excursion to be had for those that are pretty fly… 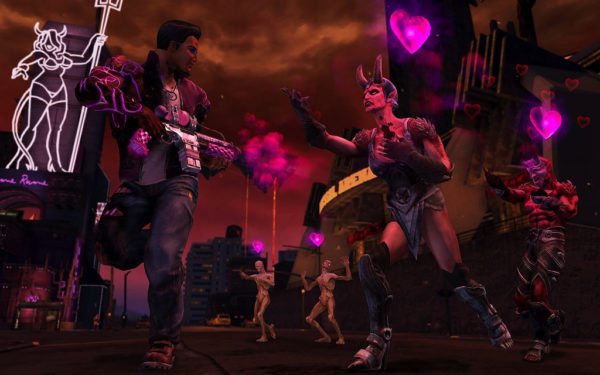 Gat Outta Hell‘s Boom Chika renders your foes rabidly lascivious as they are drawn to your love gun, thrusting in ecstasy toward you or sauntering over whilst giving their nipples a sultry rub. Sure, this is amusing, however the main reason this made the cut here is due to what happens if you use it on the largest, most fearsome demons of the bunch – the Archdukes. The aforementioned furious thrusting becomes one of the most hilarious sights in a videogame, as an Archduke, which is roughly the size of a house, is imbued with lust. The last thing you will see in this life is that unstoppable, ginormous crotch powering toward your face.

So there we have it folks! Ten of the barmiest weapons the Saints Row series has to offer. Get into the Agents of Mayhem spirit by purchasing the Saints Row Humble Bundle to satisfy all your Saints Row needs. Containing not only the games (from Saints Row 2 to Gat Outta Hell), but the entire collection of DLC across the board. Well I’ll be, Saints fans!

Agents of Mayhem is a single-player, open-world, third-person action game for the PS4, Xbox One, and PC gaming systems releasing on August 15th in USA / August 18th in all other territories.