Aho Girl is a currently airing anime that focuses heavily on comedy. The two main characters have vastly different personalities which leads to an exciting and hilarious set of random storylines and events. The main female protagonist is Yoshiko Hanabatake and she is known for being one of the biggest idiots the planet has ever seen. She takes pride in her stupid status, and is more than happy to be carefree about scoring bad marks on every test. Add in her unusual obsession with bananas and you can see why the other protagonist gets annoyed.

The other protagonist is Akuru Akutsu, or as he’s known by others, A-kun. Akuru is Yoshiko’s neighbour, and he never gets a moments rest from the madness that goes on around him. He is forced to endure Yoshiko’s behaviour in every day life, however he certainly doesn’t try to hide his emotions, often using physical force to keep Yoshiko quiet for as long as possible. 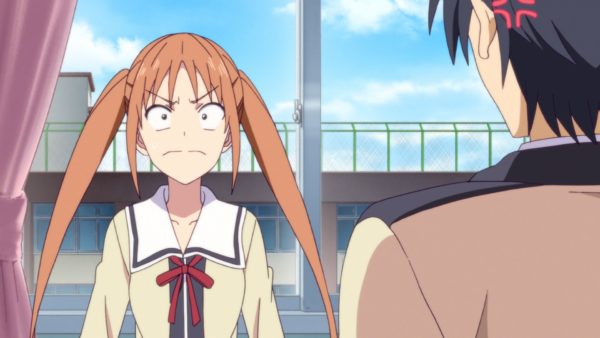 What with the vast difference between the main two characters, one might wonder how adding a lot more characters would effect the comedic balance. Once more of the unique personalities are introduced however, such as Fuuki Iinchou and her indirect perverted behaviour towards A-kun, the balance of hilarity only gets better. The large amount of characters that has been introduced by episode nine may run the risk of becoming just like every other series, and yet Aho Girl manages to keep the perfect balance of personality based comedy between all characters.

One main worry for an anime series is that the story is not unique enough or exciting enough to keep the viewers entertained and captivated. Aho Girl is the anime that blows this thought out of the water. With twelve minute long episodes that each hold three to five mini stories, there is practically no story to follow. It is a slice of life anime that doesn’t actually have any set story to follow, but this is not a negative thing, as it allows all the crazy comedy aspects to just come and go as they please. Something that may seem shocking and weird will have absolutely no impact on the future episodes, which is in a way why Aho Girl is easily one of the funniest anime series I’ve ever seen. 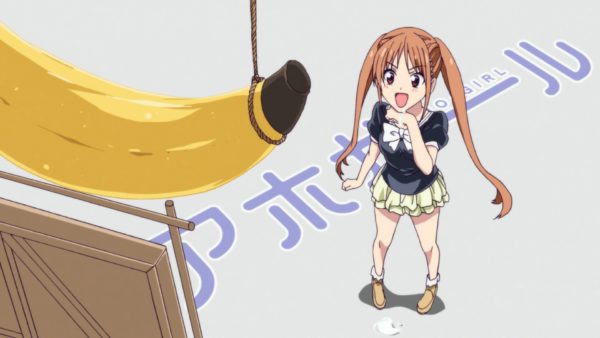 The opening theme to Aho Girl is extremely different to the normal rules of anime series. Usually a season will have one or two different openings as standard, along with one or two different songs. Aho Girl however has different visuals every single episode, which fits the theme of the show and its wacky story telling. The song also ever so slightly changes in the way it is sung in some openings, which shows that the creators put a lot of thought and extra effort into making it extra funny before the episode itself has even started. Another unique aspect however is that the show has no ending theme. The credits simply play over the very end of the episode. Aho Girl is probably one of the only anime series that could get away with this being the case, as each episode needs no send off theme. Each episode ends in a way that an ending theme really isn’t needed, and the viewer can feel happy regardless of how it ends.

In summary I can easily say that Aho Girl is one of the funniest anime series I have ever watched. I never expected such a random and comedy-driven show to give me as many laughs as this  has. While the amount of episodes left for this series is unknown, I hope that there are many, as each episode keeps its content fresh and funny, and I certainly don’t see the joy of Aho Girl coming to an end any time soon. I would recommend Aho Girl to fans of all genres of anime, as I feel that regardless to what you usually watch, this show will make you smile.

What do you think of Aho Girl? Let me know your thoughts below in the comments…