Jon Bernthal can soon add Damien Chazelle’s name to the list of Oscar-winning filmmakers he’s worked with (a list that includes Oliver Stone, Roman Polanski, Martin Scorsese and Steve McQueen), as the former Walking Dead actor is the latest addition to the cast of the director’s upcoming Neil Armstrong biopic, First Man. 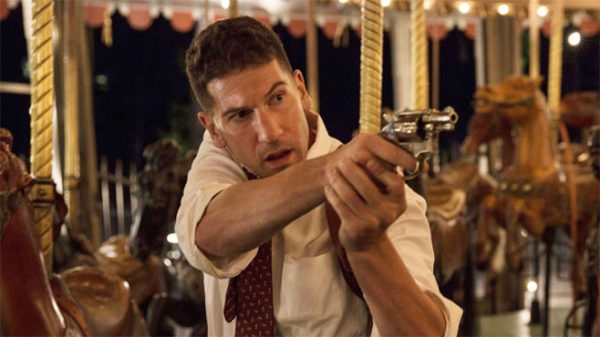 The Tracking Board broke the news, claiming that Bernthal is in negotiations to play the seventh man to ever walk on the moon (as part of the Apollo 15 mission in 1971), David Scott. Scott, who is still alive at the age of 85, piloted the Gemini VIII spacecraft alongside Armstrong on an unsuccessful mission that nearly ended the space program, three years before Armstrong would become the first man to step foot on the moon’s surface.

Bernthal is coming off of a wildly successful past few months, starting in late June with Edgar Wright’s sleeper hit Baby Driver, in which the actor had a small role. Not long after, Shot Caller and Wind River were released and met with positive reviews.

Since his memorable, career-making turn as Shane on The Walking Dead, Bernthal’s list of credits has included The Wolf of Wall Street, Fury, Me and Earl and the Dying Girl, Sicario and The Accountant. He also can be seen later this year reprising his role as Frank Castle from Netflix’s Daredevil, in his own show, The Punisher. He recently wrapped shooting on Steve McQueen’s Widows, the director’s feature film follow-up to 12 Years a Slave.

First Man is a Universal Pictures and DreamWorks co-production based on James R. Hansen’s book First Man: The Life of Neil A. Armstrong; Josh Singer (Spotlight) adapted the script. The film will chronicle the astronaut’s life from 1961 to 1969 and the NASA mission that resulted in the first moon landing.