With New Line Cinema’s hotly-anticipated horror It fast approaching, Warner Bros. Pictures is inviting you to Enter the Sewer and face Pennywise with the release 8-bit video game. Click the image below to ‘Enter the Sewer’ if you dare! 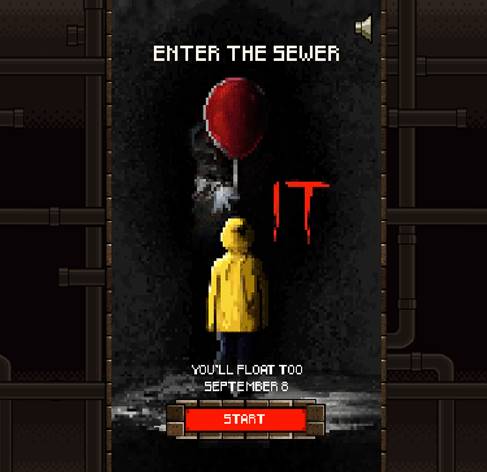