Out of the cast of The CW’s The 100, Bob Morley’s Bellamy has become a fan-favourite character on the show and has gone through quite a journey since the beginning of the series. He’s gone from being a rather rebellious kid to an important member and leader of Skaikru, even as he’s made some controversial decisions in the past. 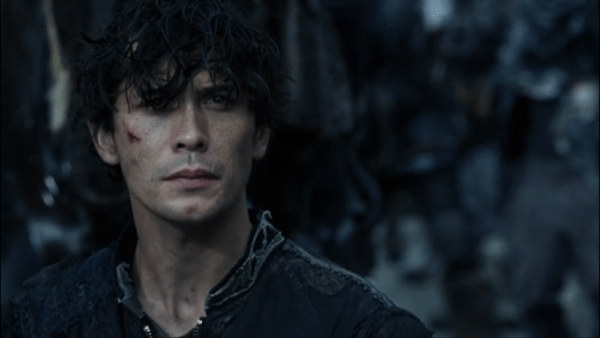 As Season 5 of The 100 starts production, Bob Morley was able to sit down with us for a quick interview as he also preps for his appearance at the Fan Expo Canada convention held in Toronto this weekend. He spoke about Bellamy’s evolution, his relationships with the cast and other characters, and what we might be able to expect from Bellamy in Season 5. Check out the interview below.

There are some minor spoilers for anyone who hasn’t yet seen Season 4 of The 100.

Ricky Church: Bellamy has gone through quite an evolution since the series began. He started out as a rebellious kid and now he’s a leader. How do you adapt to the changes Bellamy faces in each season?

Bob Morley: I’ve always felt that he was a good guy at heart. Its just the situation that drives him to act in certain ways. It’s funny coming back into Season 5 now and doing it with the six-year time jump. I have to reassess who he was. I viewed it like the flashbacks of Season 1, where he was just an older brother to Octavia, and that was a good reference point for me to gauge where he should be at. I think he’s always tried to protect his sister and sometimes he’s a little bit irrational and driven by his own emotions as opposed to thinking rationally and pragmatic in a way. Its kind of fun to gauge that.

RC: Now this season of The 100 was interesting in that there wasn’t a big bad guy that you guys had to fight against. It was more everyone had to come together against Mother Nature in a way. What did you think of the decision to not have a physical villain in the season?

BM: I really liked how the environment was the big bad and the ticking clock of it all. It gave us the chance to look at more of the emotional base of what each character was going through. The real necessity of survival basically was the whole thing and the ticking clock of Praimfaya coming along. And because there wasn’t a particular person to focus on, or a big bad like Mount Weather or Alie, for me personally, or for Bellamy I guess, we were asking why he fights all these fights or working with Echo. Does he ever get tired of “your guys vs. my men”? It allows Bellamy to get a bit more of a broader perspective on what it is to be living than fighting. 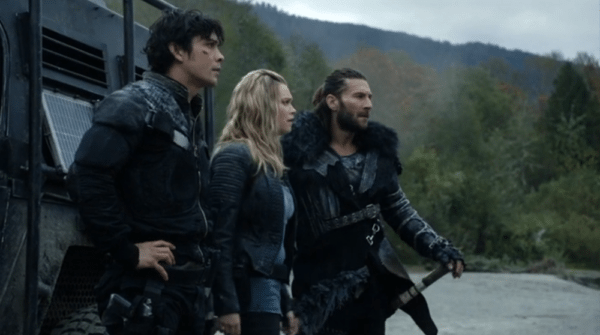 RC: For sure. Now, The 100 boasts a fairly large cast as a big ensemble piece. What is it like for you to be part of a big cast like this?

BM: Here in Australia we have big ensemble casts as well. I quite enjoy it because there’s a lot of variety there and the writers definitely gear it towards us, putting us into pairings that you think wouldn’t necessarily fit, but I love it. I think the casting has done a great job of putting together a great bunch of people and we all get along which is so important, especially when you’re working stupid long hours together.

I think I’m very lucky, we’re all very lucky, that we do get along because the show could be a bit gruelling and testing at times. When we’re going through those rough days everyone’s in the same boat and gets along which is good. I like a big cast and the variety it gives you each time. 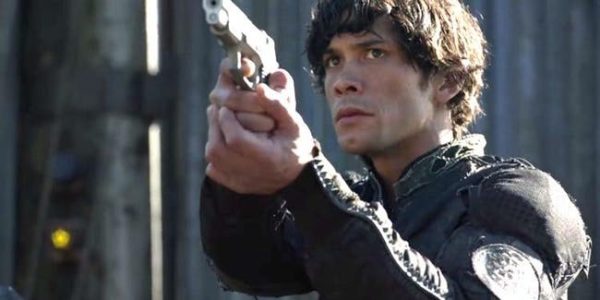 RC: That’s great! Piggybacking on that, you’re saying you all get along and have gotten to know each other, but The 100 has shown it is very unafraid to kill people off, from fan favourites to side characters. What is it like for you and the rest of the cast to go into an episode thinking ‘this could be my last one’?

RC: One relationship we saw grow was between Bellamy and Echo. The two of them have had a complicated history and have grown to the point where they’re almost frenemies. What was it like to get more scenes with Echo?

BM: I’m definitely excited to have more scenes with Echo. There are seven characters up in space, including them, so obviously that relationship will change and have to evolve. I’m thrilled Tasya Teles has been upgraded to a regular this season because she’s a great energy to have around on set. All those relationships have shifted to grow up. With shooting having begun last week, we’re all trying to figure out what we’ve been up to for the past six years. They’ve evolved so far and right now we’re trying to play catch-up. 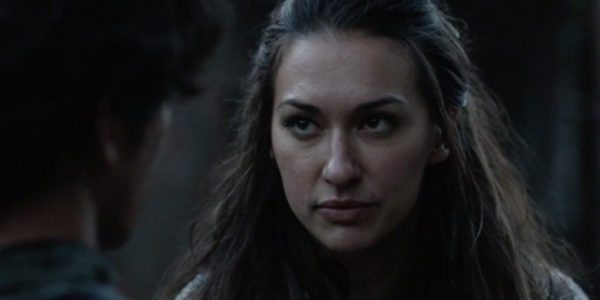 RC: That leads into my next question. When we last saw Bellamy, he just got on the ark with a pretty unlikely group people. Not everyone up there really gets along with each other. How do you think the dynamics will have changed in the six years?

BM: I think Bellamy has definitely grown up into the leader that he had the potential to become. He’s making informed and sound decisions. I can’t speak to the others, but the relationships between some, like Bellamy and Monty, will be amicable. We’re still trying to find what kind of balance there is with the characters. Have they grown up or regressed? We’ll have to find out.

Thank you to Bob Morley for taking the time to speak with Flickering Myth.