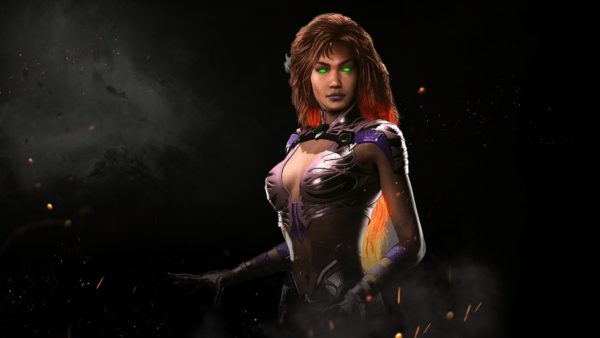 Warner Bros has just announced a new hero for Injustice 2’s ever expanding roster: Starfire. Who is Starfire? Her true identity is Koriand’r princess of Tamaran and features as a prominent member of DC’s Teen Titans. She packs a punch with ultraviolet energy rays and leaves a fiery trail in her wake! Check out the trailer here…

Developed by the award-winning NetherRealm Studios, Injustice™ 2  features a massive roster of DC Super Heroes and Super-Villains and allows players to build and power up the ultimate version of their favourite DC characters. The game is currently available for PlayStation® 4 and Xbox One.