According to Deadline, Jack O’Connell (Unbroken) and Laura Dern (Star Wars: The Last Jedi) have signed on to star in Trial By Fire, a fact-based drama from director Ed Zwick (Jack Reacher: Never Go Back) and screenwriter Geoffrey Fletcher (Precious). 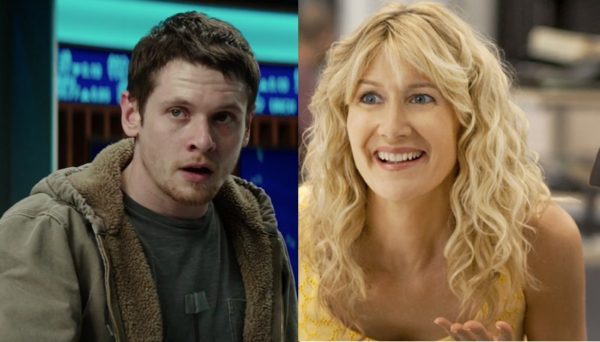 Based on an award-winning article in The New Yorker by David Grann, the film sees O’Connell as “Cameron Todd Willingham, a poor, uneducated heavy metal devotee with a violent streak and a criminal record. Convicted of triple homicide in the arson deaths of his three small children, Willingham spent 12 years on death row. Dern co-stars as Elizabeth Gilbert, a Texas housewife who forms an unlikely bond with Willingham and, though facing staggering odds, fights magnificently for his freedom on the basis he was wrongly convicted.”

“From the moment I read David’s brilliant reporting eight years ago, I have been possessed by this deeply moving, true story of injustice,” Zwick tells Deadline. “David Grann has been one of these caught-in-the-roller-of-his-typewriter guys, quietly doing great work, and now all these wonderful things are happening with his stories being made into movies, from Killers of the Flower Moon to the Robert Redford piece Old Man and the Gun. The story was all there, with these two compelling characters. It is a remarkable story about people. Not just capital punishment but justice, which is a very important word right now. It has to have that pull to keep you pushing it up the hill this many years.”

Production on Trial By Fire is set to begin on October 2nd.