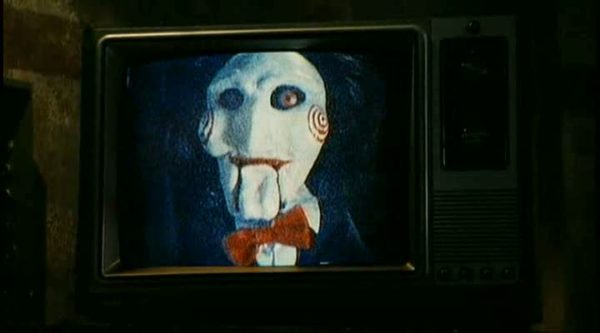 Lionsgate has unveiled a brand new Japanese poster for the eighth installment in the Saw series, Jigsaw. On the one-sheet, Billy the Puppet menacingly stares forward with a devious smile plastered on its creepy face. If there’s one face from the Saw films that every horror fan would recognize, even on what looks like a faded photograph, it’s that of Billy’s. See the poster down below… 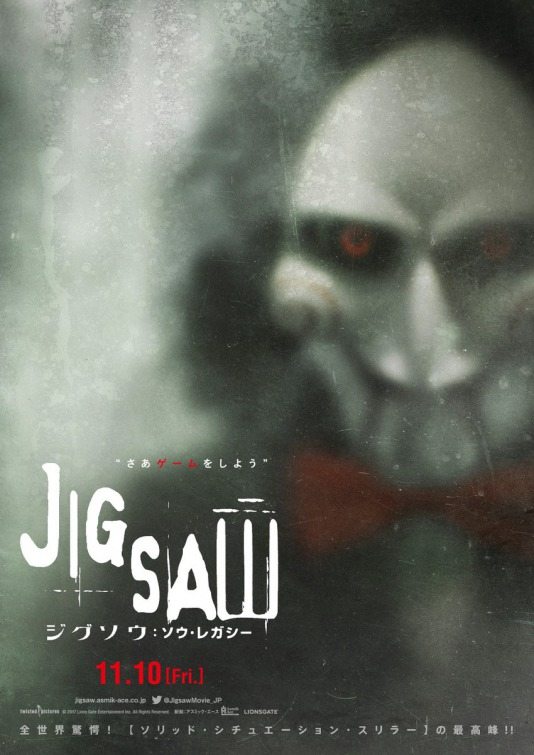 One would imagine that if the film is a hit with domestic and international audiences, this won’t be the last time we see Jigsaw concoct a series of grisly traps for people to struggle against. Also, Lionsgate always manages to keep costs low on these films, making the bar for turning a profit fairly low. For example, even Saw VI, the lowest grossing franchise outing, made $68 million on a $11 million budget.

After a series of murders bearing all the markings of the Jigsaw killer, law enforcement find themselves chasing the ghost of a man dead for over a decade and embroiled in a new game that’s only just begun. Is John Kramer back from the dead to remind the world to be grateful for the gift of life? Or is this a trap set by a killer with designs of their own?

Jigsaw will see Tobin Bell reprising his role as John Kramer, aka the titular killer, from each of the previous films; he’ll be joined by series newcomers Laura Vandervoort, Mandela Van Peebles, Hannah Emily Anderson, Brittany Allen, Callum Keith Rennie, Clé Bennett, Matt Passmore, Paul Braunstein, Josiah Black and James Gomez. The film is directed by Michael and Peter Spierig and due out on October 27th.