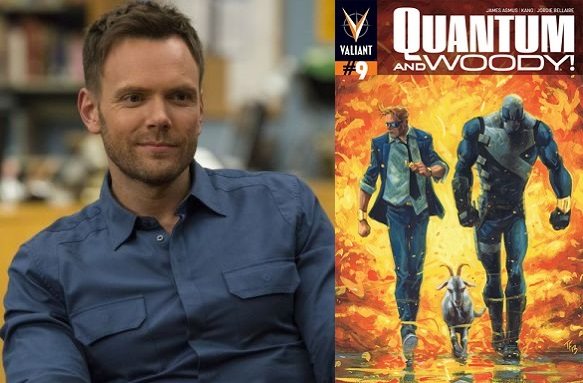 Back in March it was announced that the Russo brothers are set to follow their work on Avengers: Infinity War and Avengers 4 with another comic book adaptation, bringing Valiant’s “world’s worst superhero team” Quantum and Woody to the small screen, and now it looks like casting is underway.

According to The Wrap, the Russos are looking to reunite with Community star Joel McHale on the series, with McHale in line to play Woody, “a wisecracking, womanizing slacker, who along with his straitlaced adoptive brother, is granted unpredictable superpowers from a pair of energy control bands they find while investigating their father’s death. The two are now stuck with each other — they must “klang” the bands together every 24 hours or their powers will kill them.” Casting for Quantum is expected to be announced shortly.

The pilot for Quantum and Woody has been written by Andrew Barrer and Gabriel Ferrari (Ant-Man, Ant-Man and the Wasp), who will also executive produce alongside the Russos, Mike Larocca and Valiant’s Dinesh Shamdasani.