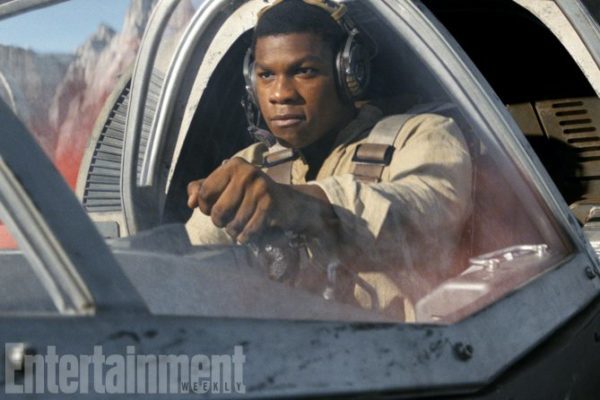 After defecting from the First Order and passing himself off as a “big deal” in the Resistance in an effort to impress Rey in Star Wars: The Force Awakens, John Boyega’s Finn now finds himself a core part of the good guys in December’s Star Wars: The Last Jedi – although it seems he’s not that’s a position he wants to be in after all.

“It got really real for him,” said Boyega in an interview with EW. “And he just wants to get away and not be involved. His intention in the first place was to go to the Outer Rim. He was always brought back [in The Force Awakens], but this is his chance to get away and perhaps find Rey and go off together. He’s trying to do that at first.”

“Everyone in the space, throughout the galaxy, would have heard about the young Jedi who discovered her powers and defeated Kylo Ren and the young former Stormtrooper who helped save the day,” he continues. “He’s a hero to people like Rose, who fight for the Resistance because their homes have been destroyed by the First Order.” 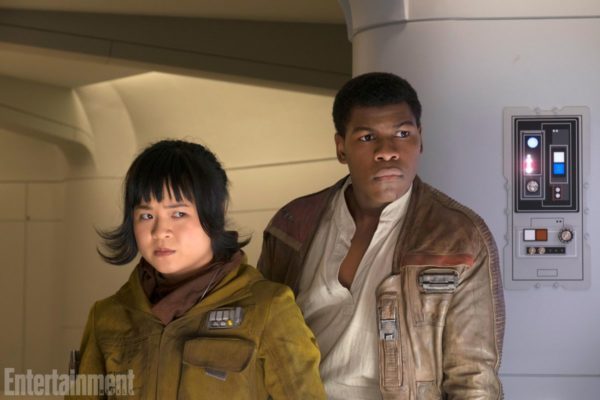 “When Rose first meets Finn, that’s how she views him. He is a big deal,” adds newcomer Kelly Marie Tran, whose character – the Resistance mechanic Rose Tico – finds herself off on an adventure with her hero, leaving her a little starstruck.

“He appreciates the adoration for a second, but when he meets her, Finn is trying to escape the whole war,” states Boyega. “He’s trying to leave, and she comes in and basically gives him a depiction of himself that wasn’t necessarily true. It’s now an opportunity for him to be the best he can be. He has to make a decision, and Rose is there to help him make that choice.”

SEE ALSO: Rian Johnson on the differences between Star Wars: The Last Jedi and The Empire Strikes Back 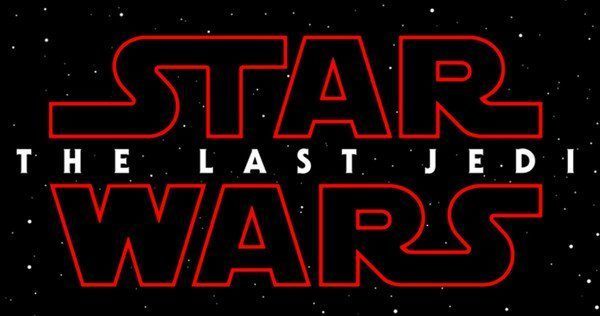