Netflix is set to launch the brand new original animated series LEGO Elves: Secrets of Elvendale on September 1st, and we’ve got a look at two trailers for the new show, as well as three tie-in building sets inspired by the events of the series. 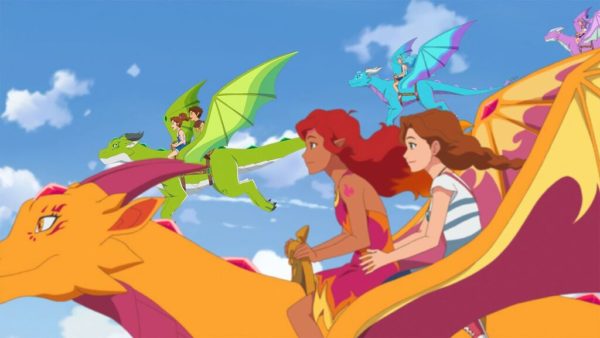 LEGO Elves picks up with its hero character Emily Jones as she returns through the portal to Elvendale with her little sister, Sophie. After charming many of the Elves upon her arrival, Sophie is taken by the cruel Goblin King and his evil minions. Emily and her cast of Elf friends head deep into a magical forest to save her sister and free Goblin Village from its tyrannical king.

Check out the two trailers here, or watch them over on our YouTube channel…

And here’s a look at the three new sets…

41186 – Azari & the Goblin Forest Escape
Join exciting adventures in Elvendale as Azari the fire elf evades Guxlin the Goblin and its carnivorous plant traps in her flying Fire Chariot, featuring extending flames, space for up to 3 mini-doll figures, crossbow shooter and her pegasus, Firebolt. Includes a mini-doll figure, plus animal and goblin figures. 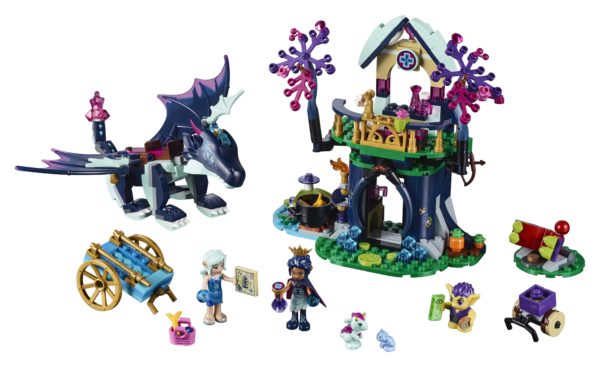 41187 – Rosalyn’s Healing Hideout
Join exciting adventures in Elvendale as Rosalyn Nightshade the healer elf aids the elves in their quest and guards the forest with Sapphire the dragon, featuring translucent wings, space for 2 mini-doll figures and the baby dragon on her back, plus an unfolding tree that reveals a hidden 2-level treehouse with an alchemy room and medical workstation. Includes 2 mini-doll figures, plus a goblin and 3 animal figures. 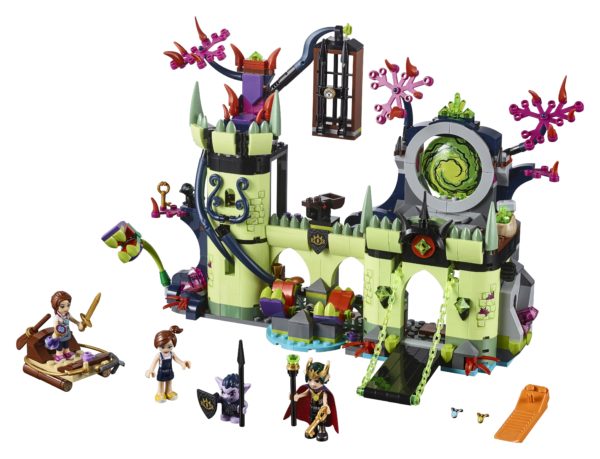 41188 – Breakout from the Goblin King’s Fortress
Join the exciting adventures in Elvendale as Emily Jones sneaks into the Goblin King’s Fortress to save her sister, Sophie Jones. This set includes Emily’s raft with a grappling hook and movable rudder, plus the fortress with a lowering drawbridge, secret door behind the crystals, firing catapult, revolving throne and a dangling cage over snapping plants. Includes 3 mini-doll figures plus goblin and shadow raven figures.

LEGO Elves will launch on Netflix September 1 with 8 new episodes, while the new sets are available now.