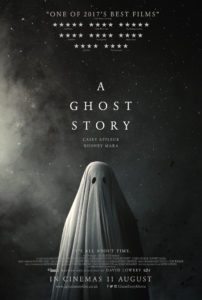 After his sudden death in a car crash, a man returns to his home as a white sheeted ghost in an effort to re-connect with his grieving wife.  An examination of love, loss and legacy. 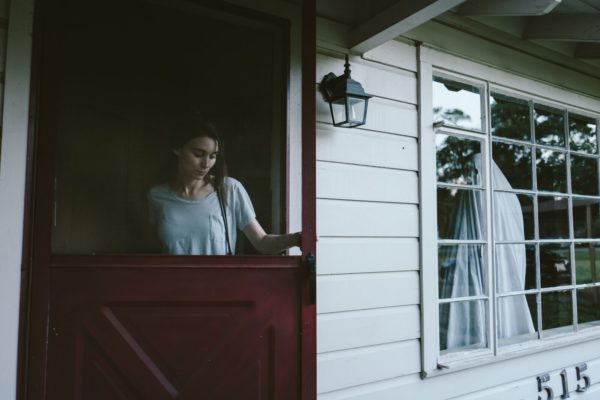 It’s not often I watch a film for a second time out of choice.  David Lowery’s A Ghost Story is one of those rarities, a film with a reputation that precedes it after enthusiastic responses at both of this year’s Sundance festivals.  And a film that is devastating in its impact.

It also re-unites Casey Affleck and Rooney Mara, who starred in Lowery’s first feature, Ain’t Them Bodies Saints.  The narrative revolves around a house, a couple and a ghost.  The devoted married couple (Affleck and Mara) live in the house, but his sudden death in a car crash shatters her life.  As she struggles to cope with her loss, he returns to watch over her, but as a solitary, sad-eyed ghost, covered by a massive white sheet.  But she eventually moves on, leaves the house and the ghost has to live with new occupants ….. 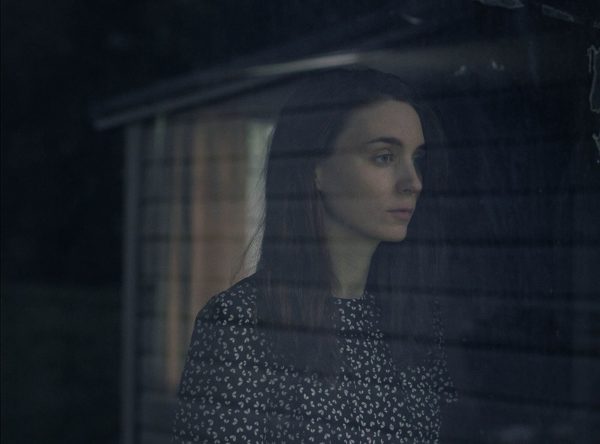 You’re enveloped by the intimacy of the film from the very start, a profound connection that starts with the couple on-screen and embraces you so that you become an invisible part of what’s happening.  Rather like the ghost himself.  But those opening scenes between Affleck and Mara are so understated it would be easy to overlook what’s being said as you settle into the film.  Lowery demands that you pay attention right from the start, because those soft words impact on its later stages.

He presents you with a living, breathing photograph album: the images are grainy and rounded at the corners, emphasising one of the film’s key themes, of time and memory.  And he dwells on single moments, again challenging and compelling the audience to pay attention until they unfold.  It’s literally breathtaking.  Two in particular lodge themselves in your mind, one in the hospital when Affleck’s body lies on a trolley, covered by a massive white sheet.  The camera doesn’t move and nothing happens for a full minute apart from the whirring of the air conditioning.   All is stillness until, almost imperceptibly, there’s the tiniest of twitches in the hem of the sheet – and then he sits up, gets up and walks out of the hospital in a stately fashion.

The other is the much discussed pie-eating scene, five minutes of emotional intensity that doesn’t need any words – and doesn’t have any.  Mara hacks into a pie left by a kindly neighbour, physically eating but not enjoying or even tasting it.  It’s a physical manifestation of the searing pain inside and, to underline that, she makes herself vomit.  It’s absorbing, courageous and indelible film making. 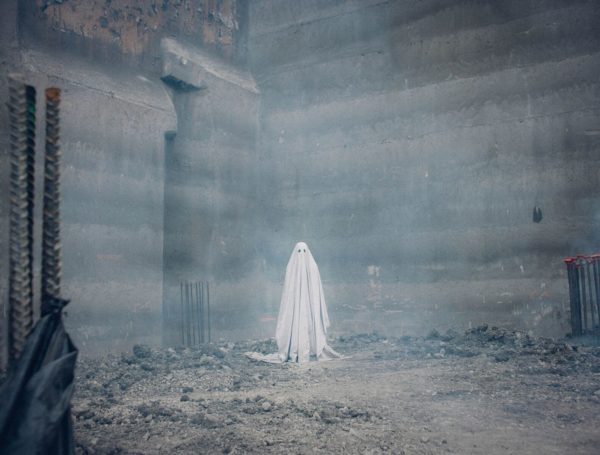 This isn’t just about a deceased husband watching over his wife.  He’s attached to the house – much more than she is – and his return is more than an effort to reconnect with her.  At times he’s angry, almost malevolent, possessive of his former home and jealous of anybody else who lives there.  There’s an element of time travel as well, showing the history of the land where the house was built.  And the consideration of the legacy that we all leave while we’re alive, whether it’s bricks and mortar or just a small piece of paper with a handwritten message.

Beautiful, profoundly moving and with an overwhelming fascination, A Ghost Story doesn’t lose any of its power second time around.  If anything, it’s even more intense, with its combination of minute details and cosmic ideas.  Not a single moment is wasted, yet it’s never slow.  And a third watch is definitely on the cards.