A young girl comes of age in a dysfunctional family of nonconformist nomads with a mother who’s an eccentric artist and an alcoholic father who would stir the children’s imagination with hope as a distraction to their poverty.

While watching The Glass Castle (based on the true story and life memoirs of Jeannette Walls) I was frequently reminded of last year’s incredible Captain Fantastic which also dealt with an unorthodox family preferring to live and raise their own children by the opposite of society’s expectations. In both films, the very well-being and safety of the children are endangered, but the events throughout The Glass Castle are unsettling, disturbing, and unforgivable. So, not to pick a debate with those that actually lived this nightmare, but I (and I feel everyone should) find it highly disturbing that anyone can forgive and accept some of the absurd justifications for what transpires.

Never once watching Captain Fantastic did the complexities of the characters feel too dangerous, or did it feel that the children should necessarily be taken away forever; Viggo Mortensen’s father character was still a good person at heart. However, in The Glass Castle, Rex (played by Woody Harrelson looking strangely younger with a full head of hair across multiple time periods) is a raging alcoholic that is both physically and emotionally abusive to his kids and wife (played by Naomi Watts as an abstract expressionist artist that should have ran from this nut job years ago, but unfortunately, those that are emotionally abused often times cannot disconnect from those doing the abusing), a criminal, and so much more. The ending to the movie does not earn anything it strives for. 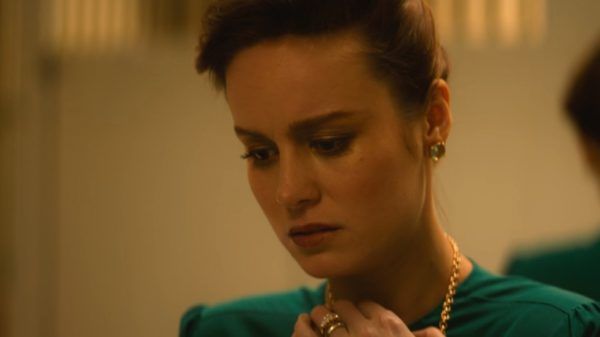 By far the film’s biggest problem is its structure, although not because director Destin Daniel Cretton (collaborating with Brie Larson once again after working together on the highly acclaimed Short Term 12) has opted to construct the narrative as a series of flashbacks and flashforwards that gradually reveal more about the characters. It’s about what happens during most of the scenes which fall into the repetitive and predictable pattern of ‘look at how much of a socially maladjusted and endangering father and mother these parents are’ to ‘but look at this one rare fleeting moment they did something selfless and caring, and were a loving family’. That’s the whole movie, for over two hours.

It’s unfortunate, as there are some good performances here, but one of the larger problems with the adaptation of The Glass Castle is that due to film time constraints, there is a lot of emotional material that has to be rushed through. Much of what did make the final cut surprisingly doesn’t carry much weight, even when dealing with taboo subjects like child molestation (no, it’s not Rex’s doing, otherwise this review was somehow read even more outraged if it were defending that). Plot elements are introduced and gone almost within minutes of each other. To a point it’s understandable, Jeannette Walls has lived one wild and crazy life, but the most common shortcoming when adapting someone’s life in full (or in this case, a lengthy amount up until a specific event), is how much focus is lost. In the end, it feels like the filmmakers are hitting on the important beats in non-engaging bullet points.

Another perfect scenario is when Rex tells Jeannette (who I should mention is incredibly well acted by a couple different child actors, and very sympathetic, although that’s not very difficult to accomplish with this band of sociopaths) that he can and would do anything for her, so she asks him to quit drinking as when he hits the alcohol pretty hard (which is literally every day) he cannot take care of them. Cut to a quick scene of Rex screaming, crying, and begging for Jeannette to fetch him some whiskey from under the counter, and after that insert a brief time-lapse where Rex steps outside their “home” to feel some snow falling on his face and there you have a big dramatic arc. Apparently, we’re supposed to believe that Rex is a good guy despite his abnormalities, but once again he does something despicable and the movie goes right back into its annoying flow.

Realistically, this wouldn’t be much of a problem at the film actually presented the parents for what they were; villains. They essentially ruin the lives of their children at every turn, going as far as to never leave them alone even after they have fled their clutches as adults. By the time The Glass Castle is making one last-ditch effort to elicit empathy for Rex, the film has been going on for two hours and one can’t help but to just want it to end. The Glass Castle is 100% tone-deaf and has no idea how to functionally tell the very raw and personal story at its core. 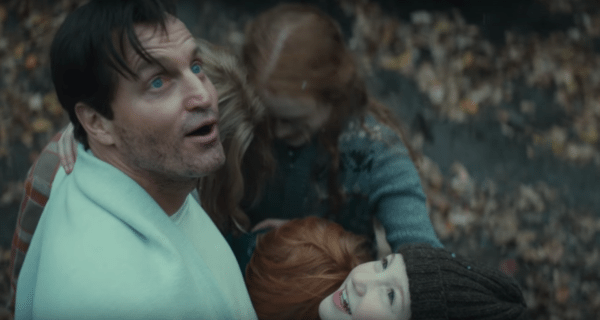 Really, the only compelling element in the film is that as an adult, Jeannette is dating a financial advisor and has settled into a more luxurious lifestyle than adjusted to, which clearly creates an internal conflict of whether she is being true to herself and actually in love with her fiancé. It works, although when she says “Only I get to call them messed up” in reference to her family, one can’t help but feel frustrated that she still is choosing to be part of her parents lives, while also wanting to call bullshit, as anyone and everyone has a right to label Rex for what he is; mentally and physically abusive. Still, the movie proves Jeannette Walls and her siblings are warriors.