New Game!! is the second season of the popular 2016 anime New Game!. The first season focused heavily on introducing the characters, their surroundings, and their purpose. The key information being given was that Aoba Suzukaze, the main protagonist, wanted to work on games development based on her love for the video game Fairies, and her slight obsession with the game’s character designer Kou Yagami. Aoba then joins the company Eagle Jump and her story began. 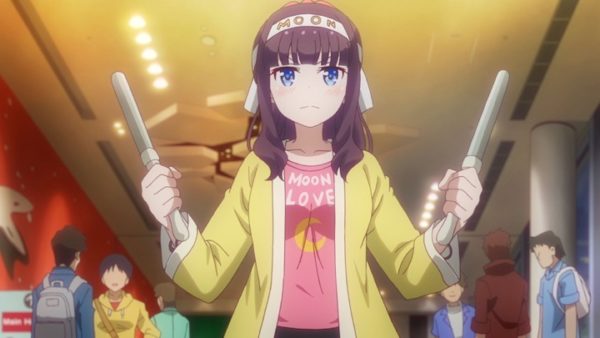 World building has also been very important during the second season of New Game, and this has been done by both expanding on the surroundings and use of them, and also by adding more story and detail to already existing elements of the show. An example of this are something as simple as how the second season changed the work roles of most of the characters, due to them being second year employees and no longer first year employees, as they were in the first season. This change in work roles allows all characters to interact with each other differently, while also utilizing the environment and allowing the show to use already existing areas in new ways.

The second season also introduces some brand new characters, of which seem to fit right in wonderfully. They add a little more humour, drama, and happiness to the show. All of which are essential for a slice of life genre. These characters however have only been recently introduced, and thus I cannot give a full breakdown on their effects on season two as of yet. I can say however that despite the large amount of main characters in New Game!!, the anime is not at all overcrowded. Each character has such a unique personality that works so well with all the other characters, that each character is loveable and easy to follow. 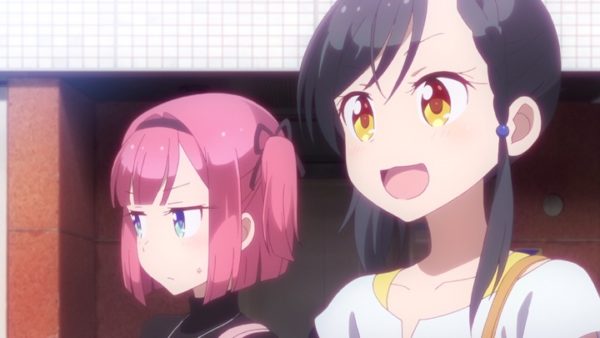 One of the most important things you get from an anime series is the first impression. It is vital that a series has a good opening and ending to keep the viewer interested and excited about the series. New Game!! delivers on this one hundred percent, giving an upbeat and fun opening and ending theme that can be listened to for hours on end. The visuals also keep this upbeat theme and allow the viewer to feel happy just by watching it. As far as openings go, it fits perfectly for the style and genre of the anime, and fits the tone of carefree slice of life perfectly.

In summary New Game!! is currently doing extremely well. After the wide success of the manga and first season, the second season certainly isn’t letting anyone down. The friendly nature of the show is sure to keep any fan of slice of life engaged, and hopefully even those who aren’t fond of slice of life will enjoy the sweetness the characters and series bring. I would certainly recommend that people check out the first season of this show, and then follow with the second season as soon as you can.

Are you enjoying the second season of New Game so far? Do you think it’s as good as the first season? Let me know below. I’d love to hear your thoughts.